He's a medical entomologist through and through.

So when UC Davis medical entomologist and emeritus professor William "Bill" Reisen, internationally known for his mosquito research and public service, received the Meritorious Service Award from the American Mosquito Control Association (AMCA) at the 2016 annual meeting in Savannah, Ga., it was an honor so very well deserved.

Indeed, AMCA's mission could be Reisen's mission.  The AMCA, founded in 1935, is a scientific and educational public service organization. Its mission is “to provide leadership, information, and education leading to the enhancement of health and quality of life through the suppression of mosquitoes and other vector-transmitted diseases, and the reduction of annoyance levels caused by mosquitoes and other vectors and pests of public health importance.”

Reisen accepted the plaque from AMCA President Kenneth Linthicum.  director of the Center for Medical, Agricultural and Veterinary Entomology, USDA-Agricultural Research Service. The plaque is inscribed with:  “In recognition of outstanding service to the AMCA and for contributions to the science of mosquito ecology and bionomics and to the epidemiology and control of arboviruses."

Reisen accepted the award on behalf of his collaborators, colleagues and staff at UC Berkeley and UC Davis, and acknowledged “the important impact that the Mosquito and Vector Control Association of California and the California Department of Public Health has had on our program's success.”

Working closely with the Mosquito and Vector Control Association of California and the California Department of Public Health, Reisen was instrumental in molding the California arbovirus surveillance diagnostics, data management and reporting statewide into an effective decision support system for intervention.

Reisen, retired from UC Davis in 2014 from some of his responsibilities, but he's the kind of person who will probably never retire, and that's a good thing for us and a bad thing for the mosquitoes. Reisen is a professor emeritus with the Department of Pathology, Microbiology and Immunology (PMI), School of Veterinary Medicine, and a former director of the Center for Vectorborne Diseases. He continues to serve as editor-in-chief of the Journal of Medical Entomology, published by Entomological Society of America. He has served as a graduate student advisor for the UC Davis Department of Entomology and Nematology as well as the Epidemiology Graduate Group. One of the mosquitoes that Bill Reisen studies: Culex quinquefasciatus. (Photo by Kathy Keatley Garvey)
Reisen earlier received the 2015 Meritorious Service Award from the Mosquito and Vector Control Association of California (MVCAC). He has published more than 300 peer-reviewed publications and book chapters in the field of medical entomology.

His colleagues can attest to his work. Said Downs: “Several examples of his continual scientific contributions include: the effects of climate variation on arthropod-borne pathogen transmission, modeling efforts for predicting arbovirus risk, the application of insecticides for reducing the disease burden of West Nile virus in California, the use of liquid suspension array technologies for the identification of mosquito blood meals and his keen observation of the role of stagnant swimming pools as breeding sites for Culex spp. vectors in Kern County."

In recognition of his contributions to research, service and graduate training,  Reisen was awarded Lifetime Award for Achievement in Medical Entomology and the Distinguished Service Award by the Society for Vector Ecology; Fellow, Entomological Society of America; Academic Federation Award for Excellence in Research, University of California, Davis; John N. Belkin Award for Excellence in Vector Ecology, American Mosquito Control Association; and the Harry Hoogstraal Medal, American Society of Tropical Medicine and Hygiene.

Thomas Scott, emeritus professor of entomology at UC Davis and known for his work on the dengue/yellow fever mosquito, Aedes aegypti, described Reisen as “an international leader in mosquito ecology and arbovirus epidemiology. His contributions to his field of study are stunning.  His prolific, detailed field and laboratory studies have reshaped the way we think about mosquito-borne pathogen transmission dynamics.  He has greatly improved disease prevention programs.”

Yes, Bill Reisen has greatly improved disease prevention programs and  the lives of many people, far and wide, and too many to mention.   Outstanding service. Outstanding contributions. Outstanding mentor. 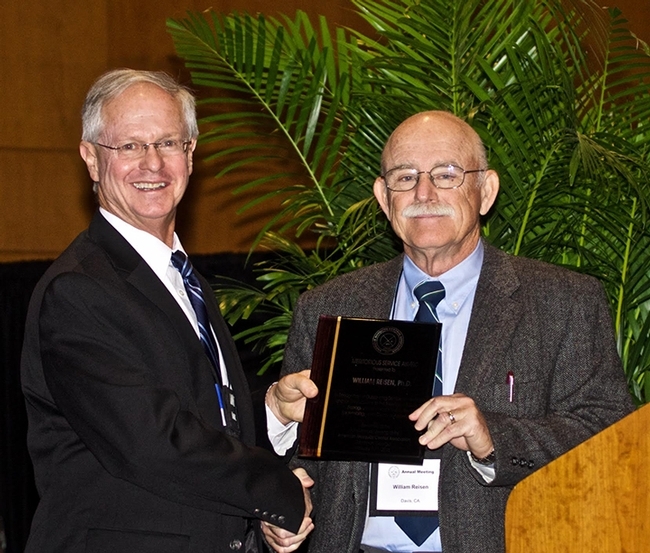 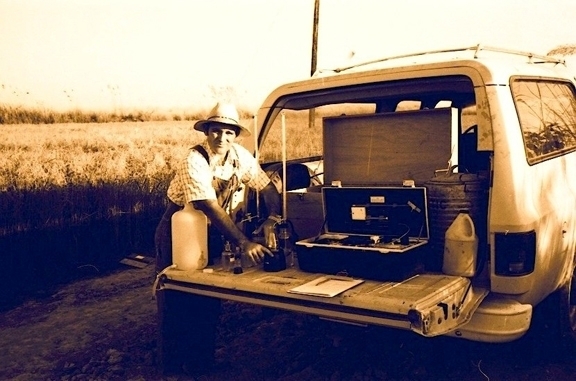