It was lovely day today, in more ways than one.

During the lunch hour, we stopped by the Häagen-Dazs Honey Bee Haven on Bee Biology Road, University of California, Davis, and discovered more than just blossoms in the planter box filled with fava beans.

We spotted five of them, and two were...ahem...in the process of providing the garden with more ladybugs. That's quite nice of them. We need more ladybugs to eat those pesky aphids and other soft-bodied insects.

Meanwhile, as the sun warmed the garden (60 degrees!), honey bees foraged among the blossoms and assorted ants and aphids crawled up and down the leaves.

The half-acre Häagen-Dazs Honey Bee Haven, located next to the Harry H. Laidlaw Jr. Honey Bee Research Facility, is living up to its name as a place for pollinators. 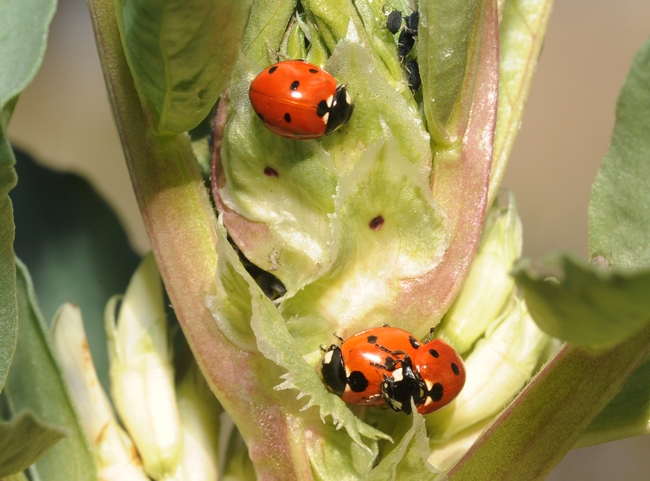 Ladybugs in the fava beans at the Haagen-Dazs Honey Bee Haven. (Photo by Kathy Keatley Garvey) 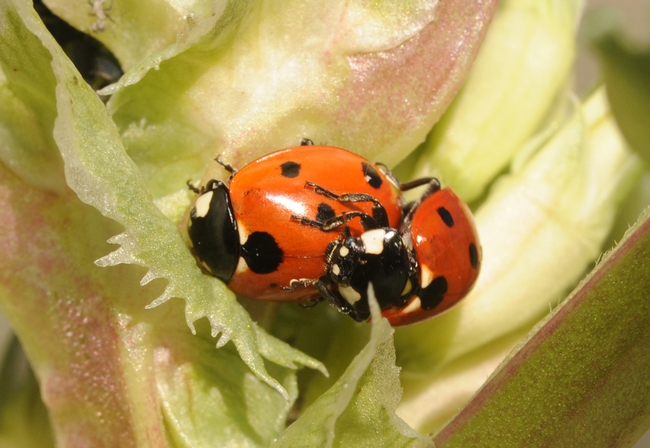 Soon the Haagen-Dazs Honey Bee Haven will have a new generation of ladybugs. (Photo by Kathy Keatley Garvey) 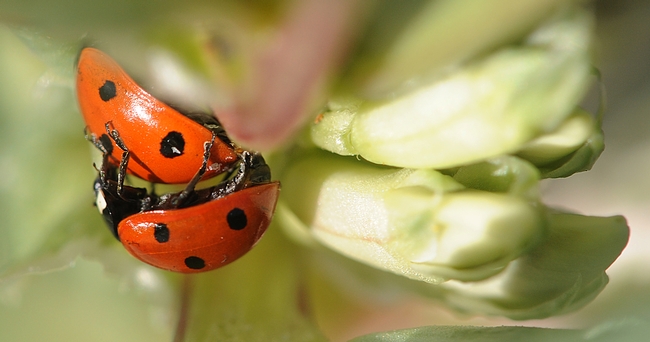 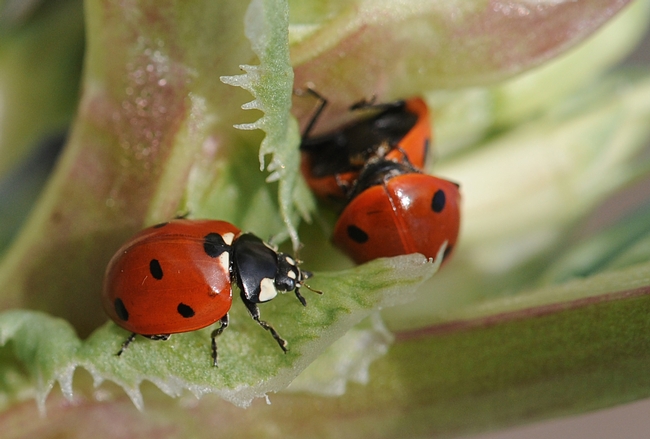 First of all, they're beneficial insects. You know when you photograph them that they're about to scoot, crawl or fly off to grab a tasty lunch--an all-you-can-eat aphid buffet.

Second, they're colorful. They brighten a garden, standing out like red Corvettes on a freeway.

Third, they're among the most recognizable of insects. Halloween costume companies relish in creating polka-dotted attire for the 5-and-under set. Nobody will ask "What are you supposed to be?"

Fourth, they're quite common. California alone has some 125 species of Coccinellids.
Worldwide, there are some 5000 described species.

Not too many people know, however, that many species in the family Coccinellidae secrete a nasty fluid. As UC Berkeley retired entomologist Jerry Powell writes in his book, California Insects, "...when disturbed, many species secrete a bitter, amber-colored fluid that is believed to have poisonous effects on vertebrates..."

Indeed, their red and black coloring warns "Leave me alone!" 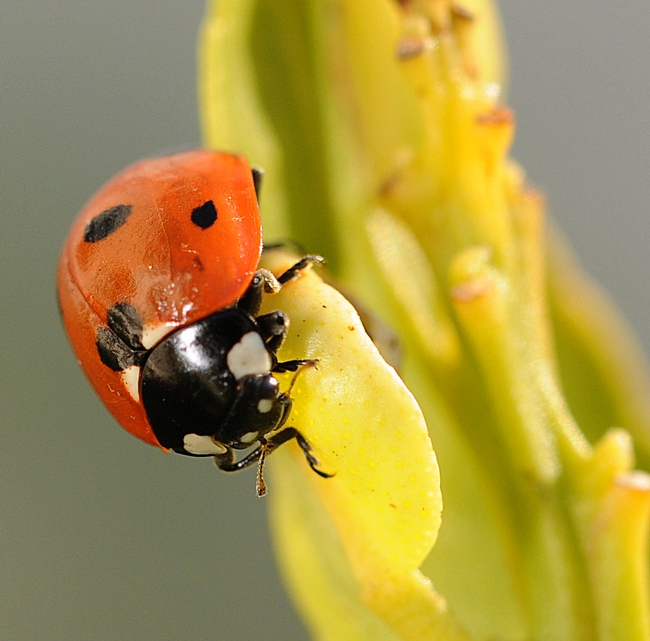 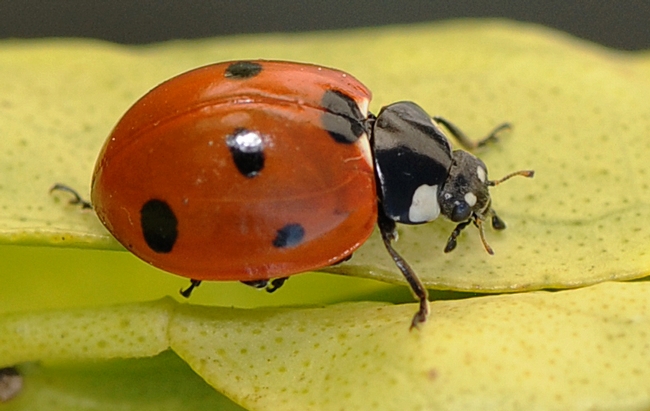 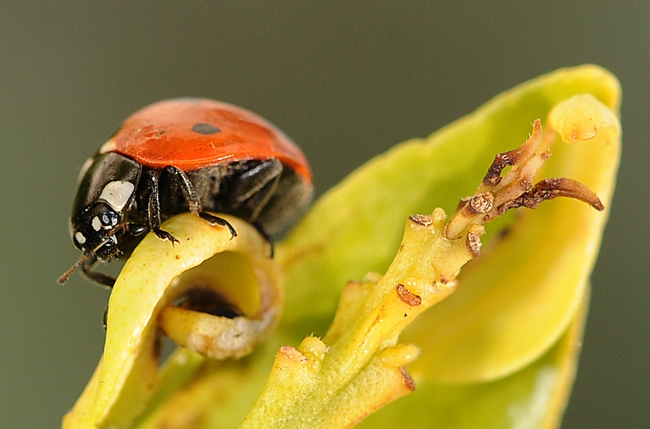