"At the start of pollination season in 2010, the average hive cost $130 to rent," Starrs wrote. "Rental fees are $200 this year, and will continue going up as hives continue to die off. The industry is becoming increasingly volatile, increasingly expensive and thus, increasingly criminalized."

The California State Beekeepers' Association has now set up Bee Theft Alerts on its web page.

It's good to see that the CSBA is offering a reward up to $10,000 for the arrest and conviction of persons stealing CSBA members' bees or equipment. CSBA is also encouraging beekeepers to report the thefts, no matter how small.

It's working. The Butte County Sheriff's Office arrested a suspect Feb. 6 and charged him with stealing 64 bee hives  from Olivarez Honey Bees Inc. in Chico and trucking them to a Stanislaus County almond orchard.

Extension apiculturist emeritus Eric Mussen of the UC Davis Department of Entomology and Nematology--his career spanned 38 years--told us last week that apparently beekeepers or people with beekeeping knowledge are stealing the hives. "Maybe they used to work for some of these beekeeping operations, and know where the hives are," he said. So, in the dead of the night, the thieves are moving in the big trucks and forklifts, hauling them away, and then renting them to unsuspecting almond growers. The culprits pocket the money and never return for "their" colonies.

“Most people, when they lose their hives, figure they're never going to get found,” California State Beekeepers' Association media director Joy Pendell told Starrs. “It's very frustrating for us, because we go all winter without any income. So we put all this money and work into them for months, and we're about to have our payday and someone just goes and steals it.”

The Bee Culture journal, edited by Kim Flottom, has also sounded the alert.

"If you have had any hives stolen within the last couple years, please email Joy Pendell directly at jpendell11@gmail.com with brand numbers, a description and pictures," Flottum wrote. "The California State Beekeepers would like to create a complete history of hive theft in our industry to share with law enforcement and interested media outlets. If you know of a theft victim who is not a CSBA member, please pass along this information so they can report as well. The CSBA represents the interests of all California beekeepers plus they would like to create a summary of bee theft both inside and outside of our organization."

At a recent meeting of the California Bee Breeders' Association that we attended in Ordbend, Glenn County, members talked about stepping up patrols and recruiting volunteers to monitor remote areas at night and early morning.

Just call it "The Sting" operation.

Unfortunately, all this bee thievery may worsen. Gordy Wardell recently reported in the Project Apis m newsletter that California's total number of almond acreage is now at 1 million. 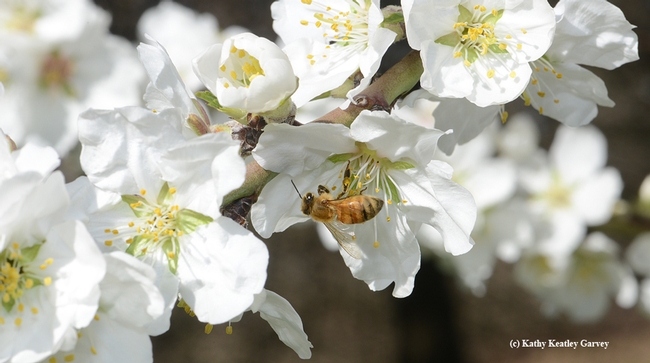 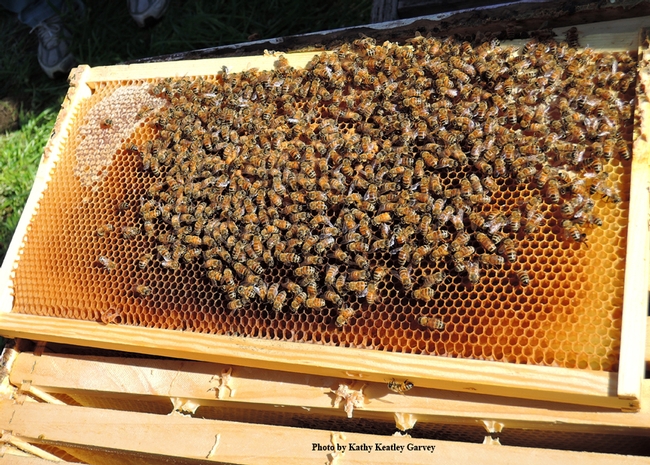