Bug Squad
sitenum=63
Happenings in the insect world
Jessica Gillung's Research on Spider Flies: A Tale of Conflict and Uncertainty Her research already has.

She just won the prize for best student presentation at the recent 9th International Congress of Dipterology in Windhoek, Namibia.

Gillung delivered her presentation on “Phylogenetic Relationships of Spider Flies (Acroceridae) – Discordance, Uncertainty and the Perils of Phylogenomics.” Acrocerid adults are floral visitors, and some are specialized pollinators, while the larvae are internal parasitoids of spiders.

Fast forward to her exit seminar, which she will deliver at 2 p.m., Friday, Dec. 14 in 122 Briggs Hall, located off Kleiber Hall Drive. The title:  “Evolution of Fossil and Living Spider Flies (Diptera, Acroceridae): A Tale of Conflict and Uncertainty." 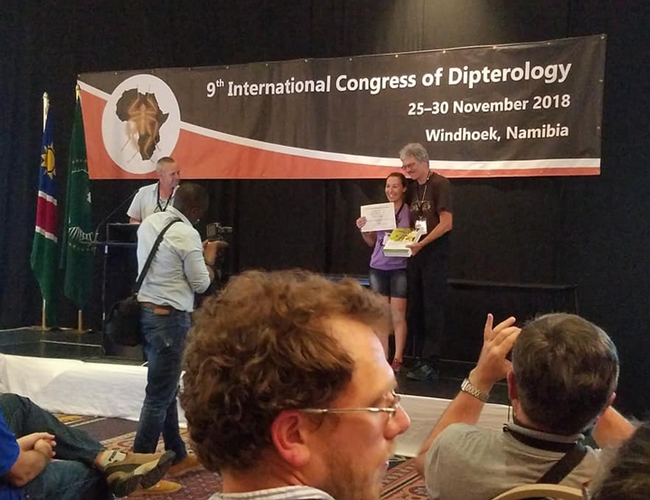 Professor Thomas Pape of the Natural History Museum of Denmark and chair of the Council for the International Congresses of Dipterology, presents the top student prize to Jessica Gillung. The next Congress takes place in 2022 in California 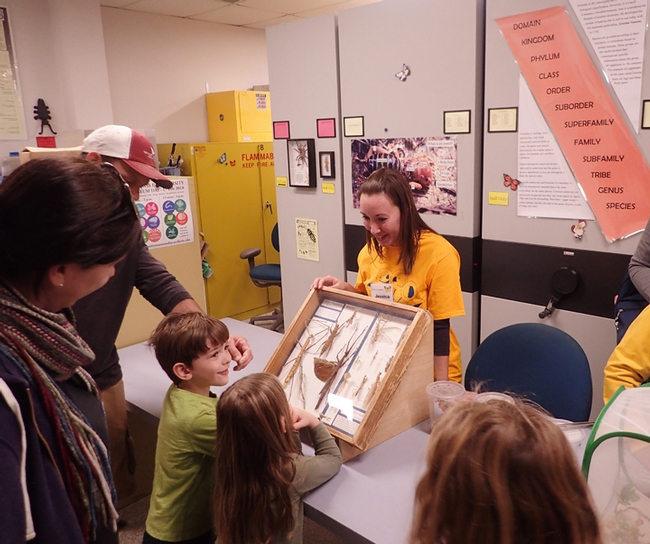