His daughter-in-law, Mary Louise “Mary Lou” Flint, a longtime leader of the University of California Statewide Integrated Pest Management (UC IPM) Program and a newly retired Extension entomologist with the UC Davis Department of Entomology and Nematology, will be honored at a dinner on Dec. 1 as the recipient of the 2014 James H. Meyer Distinguished Achievement Award for her outstanding contributions to the university.

Flint, UC IPM's associate director for Urban and Community IPM, and who retired at the end of June, is the third entomologist (Frank Zalom, 2004, and Thomas Leigh, 1988) to receive the Academic Federation award, first presented in 1971.

Her father-in-law, who served as chancellor from 1969 to 1987, during the university's greatest period of growth and change, strongly supported the Academic Federation and the Cooperative Extension Specialists, Agricultural Experiment Station researchers and other non-Senate academics it represents, Flint said. Mary Lou Flint was instrumental in publishing and distributing trapping guidelines for the walnut twig beetle. (Photo by Kathy Keatley Garvey)
Michael Parrella, professor and chair of the UC Davis Department of Entomology and Nematology, nominated Flint for the award. “Her name is synonymous with IPM, pest control alternatives, and public service, not just in California and the United States, but worldwide,” he wrote in his letter of nomination.

Parrella said that Flint “has been heavily involved in the leadership, creativity and the success of UC IPM Program since 1983 and is UC IPM's longest-tenured employee. Also since 1983, she has served as an Extension entomologist in our department and we are proud of her innovative ideas, dedication, commitment and accomplishments. Dr. Flint is truly an outstanding leader and visionary who has initiated, conducted and established research, educational and outreach programs that we sometimes take for granted. She advances IPM practices that are economical, environmentally friendly and health conscious.”

Wrote UC IPM Director Kassim Al-Khatib:  “Dr. Flint has initiated, conducted, and established an outstanding and well respected IPM research and outreach program for urban and community. Many of her programs and findings have significant impact on pest management in California. She is a talented, capable specialist and good communicator to the IPM end-user.”  Globally, the UC IPM program is considered the gold standard of IPM.

Flint received her bachelor's degree in plant sciences in 1972 from UC Davis, and her doctorate in entomology from UC Berkeley in 1979. “We are fortunate that she chose to spend her career here at UC Davis,” Parrella said.

Lately Flint has been involved with the thousand cankers disease, caused by the walnut twig beetle, Pityophthorus juglandis, in association with the fungus, Geosmithia morbida. The disease kills walnut trees, especially black walnuts. She continues to work on the project with research entomologist Steven J. Seybold of the USDA Forest Service, Pacific Southwest Research Station, Davis, and other scientists.

Seybold, an affiliate of the UC Davis Department of Entomology and Nematology, said that on a national level, Flint was "instrumental in facilitating the rapid processing and release of the national trapping guidelines for the walnut twig beetle."

"Once our team had discovered the aggregation pheromone of this beetle and had demonstrated its value in trapping the insect in California, Mary Louise assisted us with the preparation and dissemination of useful trapping guidelines, which have been employed by state pest regulatory officials and detection entomologists throughout the country.”

Widely honored by her peers, Flint received the 2002 Outstanding Lifetime Achievement Award for Integrated Pest Management from the Association of Applied IPM Ecologists; a 2003 IPM Innovator Award from the California Department of Pesticide Regulation as part of the Sacramento Water Wise Pest Control Program; a 2003 resolution from the Sacramento City Council honoring her for contributions to the Sacramento Water Wise Program; a 2004 Environmental Services Award from the San Francisco Department of the Environment; and an international IPM Award of Recognition, “Grower Incentives Team Project,” at the 2009 International IPM Symposium in Portland, Ore.

Flint is not only the third entomologist to receive the award, but the third IPM specialist.  Frank Zalom, a distinguished professor in the UC Davis Department of Entomology and Nematology, directed the UC IPM Program for 16 years (1988-2001). He is currently serving as president of the 7000-member Entomological Society of America.  Thomas Leigh (1923-1993) stood at the forefront of integrated pest management of cotton pests, according to an article in the summer 1994 edition of American Entomologist. He taught courses on cotton IPM and host plant resistance. 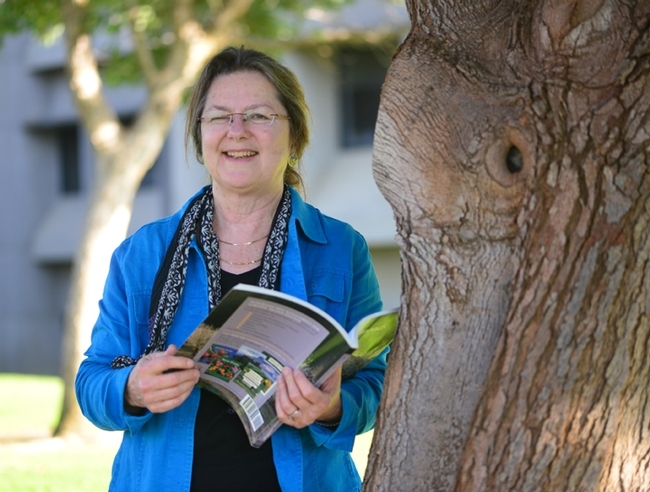