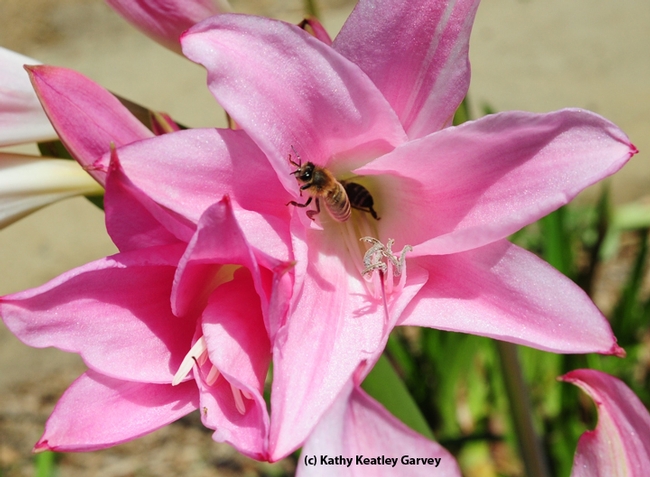 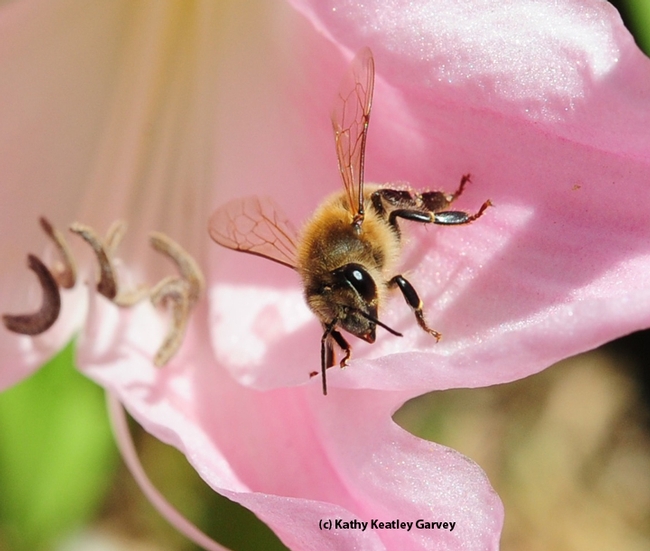 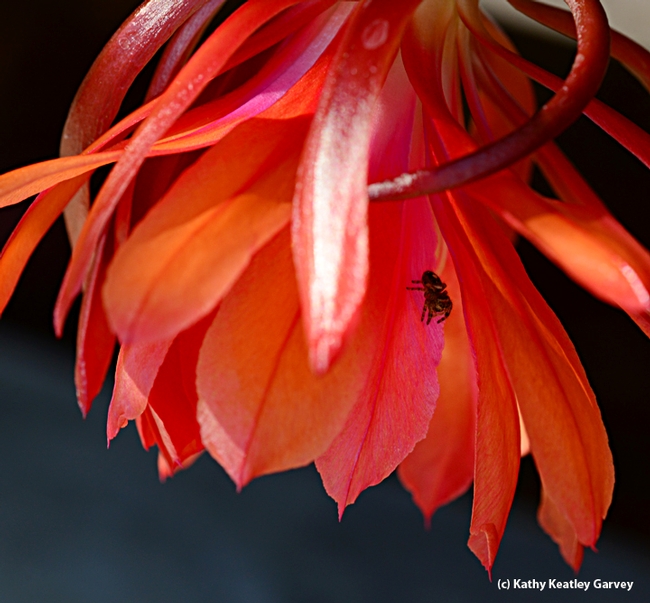 It's "Orange October" for the San Francisco Giants, who just defeated the Detroit Tigers in the opening game of the World Series.

But over at the Luther Burbank's Gold Ridge Experiment Farm at 7781 Bodega Ave., Sebastopol, it's Blue October.

It's delightful to see the honey bees foraging in the sky-blue borage (Borago officinalis), aka starflower and bee bread.

Burbank (1849-1926), a noted plant breeder, must have enjoyed the bees there, too. You can almost feel his presence as you walk along the paths, rimmed with more than 250 plant specimens.

His widow, Elizabeth Waters Burbank (1888-1977) donated 15 acres of their 18-acre farm to a senior housing development corporation and then gifted the remainder to the city of Sebastopol for historical preservation. Administered by the Western Sonoma County Historical Society, the farm is open to the public. There's no admission, but donations are accepted. You can also buy a few plants there.

As for borage, it's used as a salad herb and as a dessert garnish. It's also been used for medicinal purposes and for seed oil. Photographers love to capture the colors--the white, prickly hairs ghosting the spectacular blue blossoms.

When you visit the Gold Ridge Experiment Farm, though, you know the borage is for the bees. The nectar-rich blossoms are theirs and theirs alone. 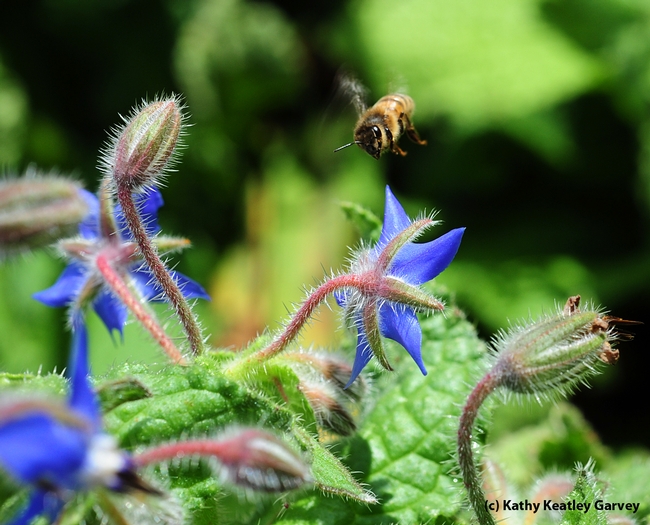 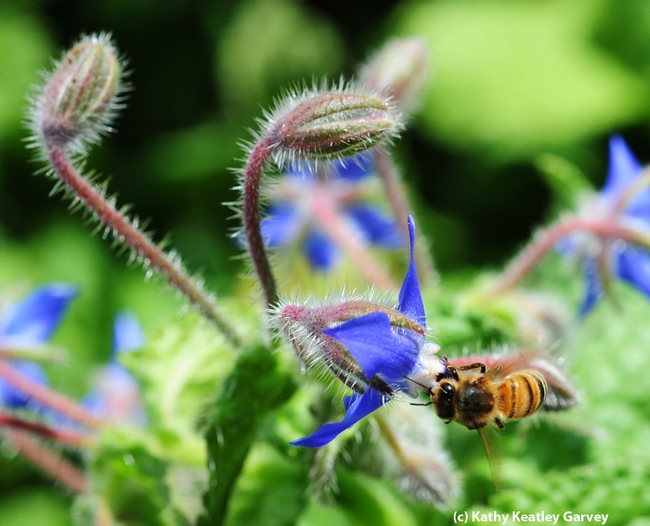 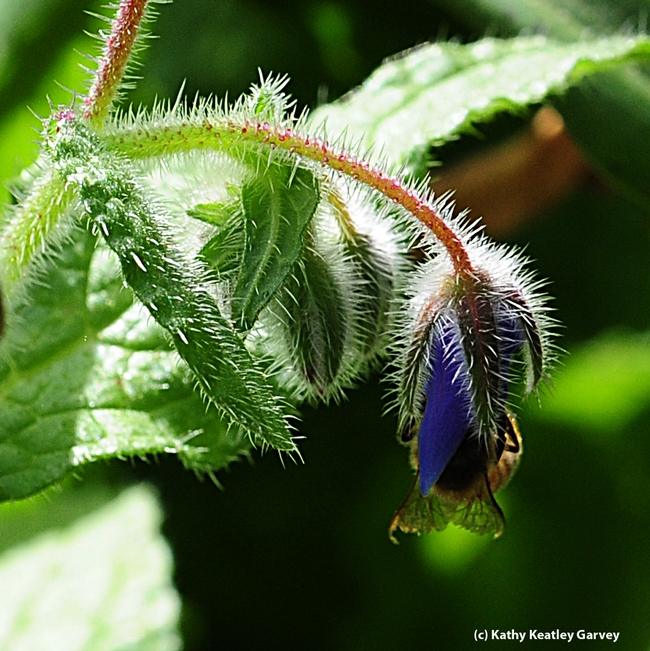