Today was a Monarch Kind of Day...in Vacaville.

When Art Shapiro, UC Davis distinguished professor of evolution and ecology, searched for butterfly species today at one of his field sites--Gates Canyon in Vacaville--he spotted not one, but two monarchs.

He spotted them separately, both near the bottom of the Brazelton property, and recorded "Two Danaus plexippus: one large, fresh-looking male; one small, unfresh-looking female."

Shapiro, who maintains a research website, Art's Butterfly World (he's monitored the butterfly population in central California since 1972), knows just how scarce monarchs are this year.

Yes, they are. In the fall of 2016, we'd see seven or eight monarchs at a time flutter in for nectar or lay eggs on our milkweed in our Vacaville pollinator garden. This year they're as scarce as the proverbial hen's teeth.  However, over the last two weeks, they're starting to appear, one sighting at a time, one monarch a day. They are mostly huge, fresh-looking males seeking nectar from our patch of Mexican sunflowers (Tithonia). A few are females that head over to the tropical milkweed or Tithonia. Solo sightings.

But today was a Monarch Kind of Day.

It was a Monarch Kind of Day. 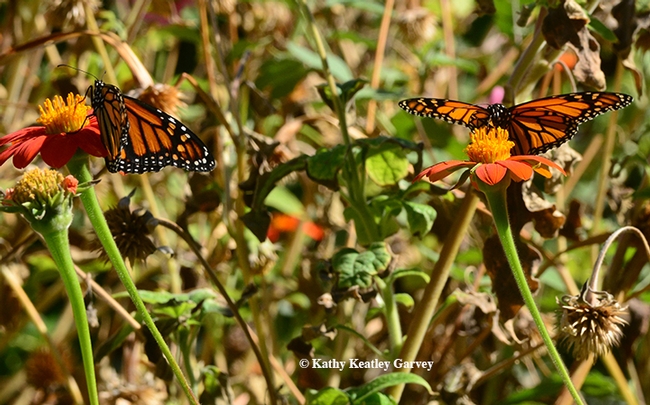 Two monarchs arrived today at a pollinator garden in Vacaville to sip nectar from a patch of Mexican sunflowers (Tithonia). (Photo by Kathy Keatley Garvey) 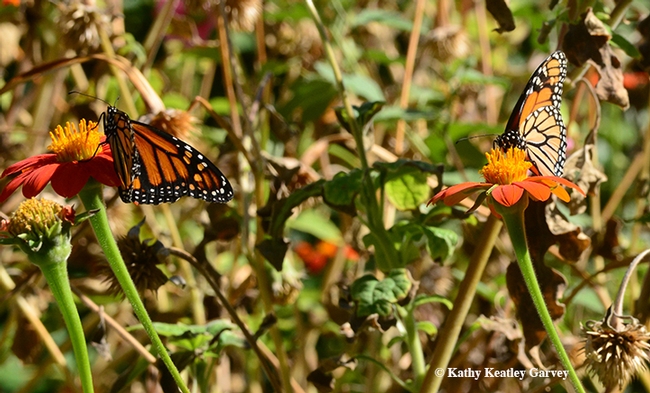 Both monarchs settle down to do some serious nectaring on the Tithonia. (Photo by Kathy Keatley Garvey) 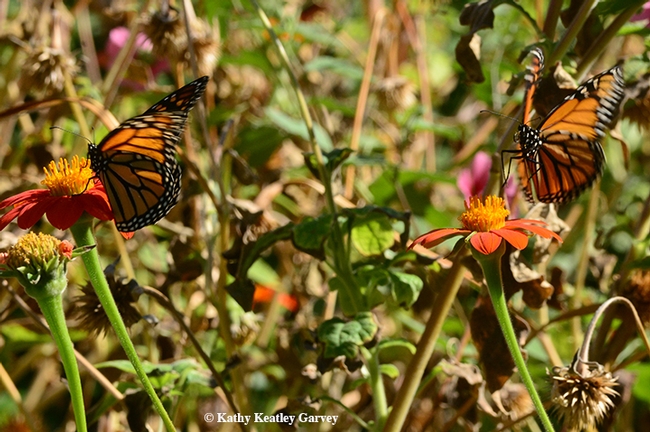 Time to go! Both monarchs get ready for take-off. (Photo by Kathy Keatley Garvey) 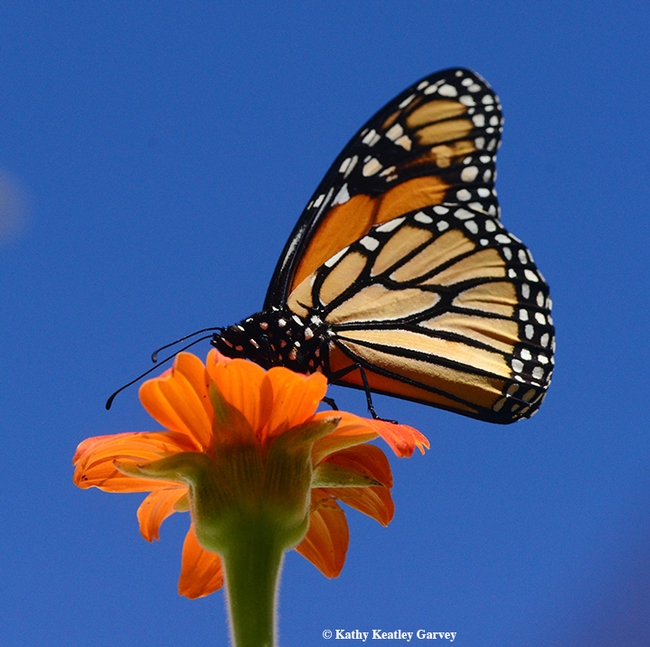