If there ever were a bug just perfect for Halloween, that would be the orange and black Harlequin cabbage bug, Murgantia histrionica, also known as a calico bug or fire bug.

Its brilliant, distinctive colors bring back memories of a circus clown. Not so surprisingly, "histrio" is Greek for clown or jester.

We spotted this little bug foraging on cabbage in a Benicia garden. It's known as a Harlequin cabbage bug because it feeds on the juices of cabbage, kale, turnip, cauliflower, broccoli, mustard, and other cruciferous plants. You may also have seen it on such plants as beet, bean, grape, squash, potato, squash, sunflower and ragweed.

At first glance, some folks think it's some kind of beetle, but it isn't. It's in the stink bug family, Pentatomidae.

We imagine that the 41st President of the United States, George H. W. Bush, would gladly share his broccoli with the Harlequin cabbage bug. He's the President who publicly announced a ban on broccoli served on Air Force One and at the White House.

"I do not like broccoli," he told the news media back in March of 1990. "And I haven't liked it since I was a little kid and my mother made me eat it. And I'm President of the United States, and I'm not going to eat any more broccoli." (U.S. News and World Report). 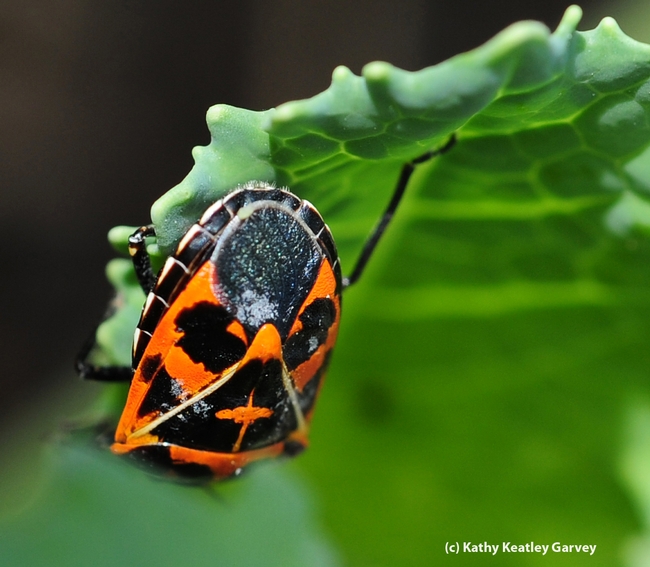 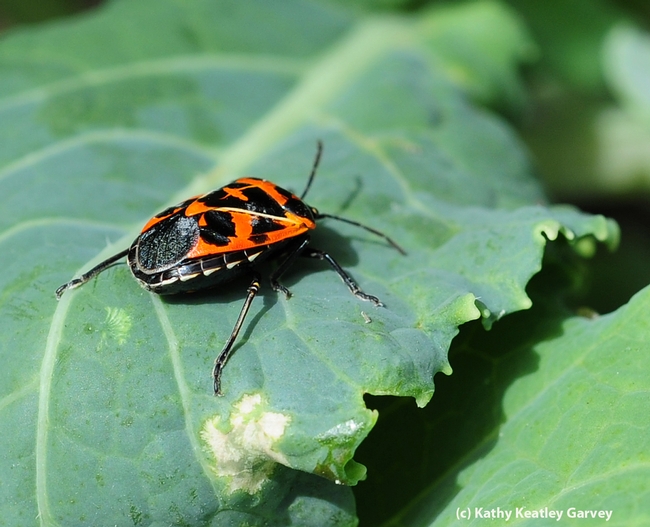