Postdoctoral researcher Rebecca “Becky” Trout-Fryxell (right), who studies Culex and Anopheles mosquitoes with University of California, Davis medical entomologists Anthony Cornel and Gregory Lanzaro, just received an award designating her as one of the top young entomologists in the nation.

Trout-Fryxell won one of the five John Henry Comstock Graduate Student Awards presented at the Entomological Society of America’s 58th annual meeting, held recently in San Diego. The Southwestern Branch of ESA selected her at its most outstanding entomology graduate student in a region encompassing Alabama, Arkansas, Florida, Georgia, Louisiana, Mississippi, North Carolina, South Carolina and Tennessee, plus the U.S. territories of Puerto Rico and the U.S. Virgin Islands.

The other four ESA branches—Pacific, Eastern, North Central, and Southwestern Branch—also each selected a recipient.

Trout-Fryxell works with population genetics of the West Nile virus vector Culex pipiens, and does research on the malaria mosquito, Anopheles gambiae.

Fryxell joined the UC Davis team in April of 2009. Cornel is an associate professor of entomology, with offices and labs at UC Kearney Agricultural Center, Parlier, and UC Davis. Lanzaro is a professor in the Department of Pathology, Microbiology and Immunology, School of Veterinary Medicine.

Trout-Fryxell previously won a Isley-Duport Entomology Scholarship and was a member of the 2007 Linnaean Games National Championship team from the University of Arkansas. The Linnaean Games is a college bowl-type competition featuring questions about insects, entomologists and entomological facts.

Trout-Fryxell has published her research in Journal of Medical Entomology, Journal of American Mosquito Control, Emerging Infectious Diseases, Medical and Veterinary Entomology, among others, on topics ranging from mosquitoes and ticks to bed bugs.

Trout-Fryxell received her master’s degree in entomology from the University of Kentucky, Lexington, where she studied with major professor Grayson Brown. Her research focused on reducing mosquito populations in the peridomestic environment.

She received her doctorate in entomology from the University of Arkansas, Fayetteville, last May. Studying with major professors Dayton Steelman and Allen Szalanski, she completed her dissertation on the distribution and occurrence of ticks in Arkansas, also examining tick-host pathogen interactions.

Back, in 2008, mosquito researcher Christopher Barker of the William Reisen lab at UC Davis won the Comstock award from the Pacific Branch.

Davis is definitely a good place to be for mosquito research! 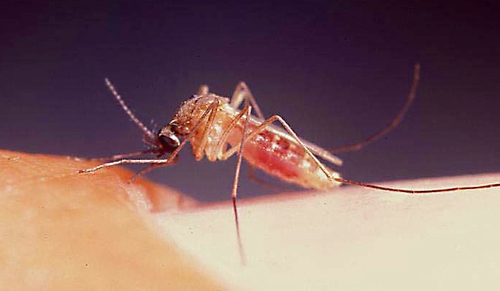 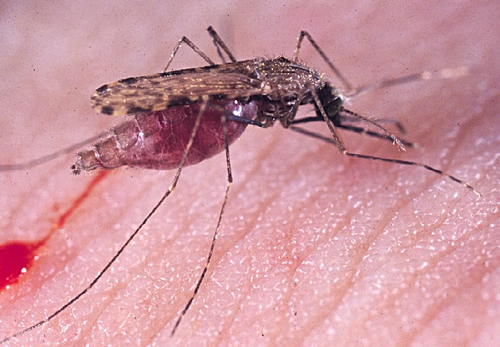