When you say "Thank you for your service," that not only means his service in the Korean War, but his entire career in medical entomology.

Dr. Washino, an emeritus professor/chair of the UC Davis Department of Entomology (now the Department of Entomology and Nematology), is internationally known for his expertise in medical entomology and ecology, more specifically the ecology of mosquitoes and mosquito control agents; rice field ecology; mosquito blood meal identification, and remote sensing and geographic information technologies. He co-authored the last complete treatise on the Mosquitoes of California.

He is legendary for not only his research, but for his academic, administrative, and public service accomplishments.

However, few people know that during the Korean War, the Sacramento native served as a lieutenant in the U.S. Army Medical Service Corps from 1956 to 1958. He saw duty in Europe (Orléans, France). As a medical entomologist, Lt. Washino conducted a small detachment and a laboratory and later served as an assistant preventative medicine officer.

And even fewer people are aware that as a child, he was incarcerated with his family in American-Japanese internment camps from 1942 to 1945. It was a sad time in American history. On Feb. 19, 1942, President Franklin D. Roosevelt signed Executive Order 9066, sending nearly 120,000 American citizens and legal residents of Japanese descent to internment camps. Young Bob was 10 years old and living in Sacramento with his parents and four older sisters when the mandate took effect.  The family eventually returned to Sacramento.

Young Bob went on to graduate from a Sacramento high school, receive his bachelor's degree in public health (1954) from UC Berkeley; and two entomology degrees from UC Davis: a master's degree (1956) and a doctorate (1967).  He joined the entomology faculty in 1964. He officially retired in 1993, but continued his academic, research and public service accomplishments into his early 80s. He still consults with the medical entomologist community, including prospective students.

As an emeritus professor, Dr. Washino was called back into service. He accepted a total of three administrative posts on the UC Davis campus: special assistant to the dean of the College of Agricultural and Environmental Sciences; interim co-director of the Center for Vectorborne Diseases, School of Veterinary Medicine; and chair of the entomology department.

Dr. Washino served 38 consecutive years on the Sacramento-Yolo Mosquito and Vector Control (SYMVC) Board,  the longest in the agency's history.This included five terms as president. He was instrumental in spearheading plans for the design and development of the present 40-acre district complex, completed in 1994. The building that houses the laboratory, laboratory staff and the library is named in his honor. In fact, he not only designed the complex, but gifted his literature and photographic collection for research and teaching purposes.

Among his dozens of credentials:

Highly honored by his peers, Professor Washino received the international Harry Hoogstraal Medal for Outstanding Achievement in Medical Entomology in 2005 and was selected a fellow of the Entomological Society of America in 1997. Among his many other awards: the  2001 Award of Distinction from the UC Davis College of Agricultural and Environmental Sciences and the 1996 Distinguished Achievement Award from the Society of Vector Ecology. At the 2001 Award of Distinction celebration on Oct. 19, 2001, Andrew Spielman, professor of tropical public health, Harvard School of Public Health, praised him this way: “I regard Bob as the most respected and best loved medical entomologist in the whole world."

Robert Washino is also a veteran.

A veteran of the U.S. Army Medical Service Corps.

And today is Veterans' Day.

It's time, past time, to say "Thank you, Dr. Washino, for your service." 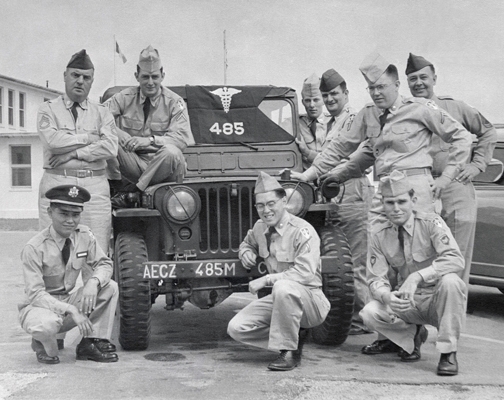 Lt. Robert Washino (front left) served as a medical entomologist in the Korean War, seeing duty with the U.S. Army Medical Service Corps from 1956 to 1958. 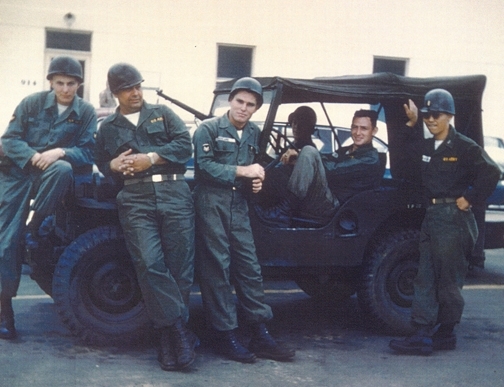 Lt. Robert Washino (far right) served with the U.S. Army Medical Corps from 1956 to 1958 during the Korean War. 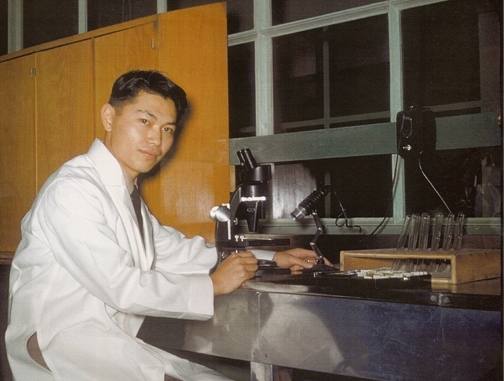 This is Aedes washinoi, named for medical entomologist Robert Washino. (Photo courtesy of the Bohart Museum of Entomology)
It's a story that no one is letting him forget.

Noted medical entomologist Robert "Bob" Washino, emeritus professor of entomology and a veteran academic administrator at UC Davis, was hanging out in his back yard in Davis last spring when an aedine mosquito bit him.

He wondered whether it might be associated with the Zika virus so he headed over to the Bohart Museum of Entomology at UC Davis and handed the specimen to fellow mosquito researcher Tom Zavortink.

"The truth of the matter is that I was concerned that the mosquito biting me was either aegypti or albopictus associated with the Zika virus that is raising commotion all over the U.S. and the world," Washino related. "For that reason, I took the specimen to the museum and asked Tom Z. to identify the specimen, and of course, he excused himself from the meeting he was involved in, and examined the mosquito. When he completed the examination, he looked up at me and just smiled."

"I loved the irony of it all," said his close friend Lynn Kimsey, director of the Bohart Museum and professor of entomology at UC Davis.  "Bob Washino being bitten by Aedes washinoi in the Washino yard! Truly awesome."

Aedes washinoi is one of five mosquitoes named for former University of California faculty: Robert Washino, circa 1990
"Incidentally, both reevesi and boharti are rather 'shy' mosquitoes--in contrast to the personality of their namesake," Washino quipped. "They are not associated with any known disease transmission, at least for now. Breeding sites of these two species are not commonly found except in rather far-off, rural sites along the foothill or coastal areas. Adult females are not known to feed on man but prefer cold blooded animals, such as frogs.  In contrast, both freeborni and hermsi have been strongly associated with human malaria transmission in the western U.S. at least in the past. So far washinoi is not connected to any known disease transmission, but is a pesty, fierce biter of humans and seems to be expanding its distribution in California--there is no justice in naming mosquitoes!" he said.

Born and reared in Sacramento, Washino never strayed far from his roots, except for two years in France as a medical entomologist with the Army Medical Service Corps, 1956-1958, during the Korean War. His parents, natives of Japan, grew hops on their farm in the Sacramento Valley. Later his father became a successful Sacramento florist shop and hotel owner.

His career at UC Davis spanned 30 years, from 1964-1994. That included multiple terms as chair of the UC Davis Department of Entomology (now the UC Davis Department of Entomology and Nematology) and he also served as an associate dean of the UC Davis College of Agricultural and Environmental Sciences and as a special assistant. He is a past president of both the American Mosquito Control Association and the California Mosquito and Vector Control Association, and co-author of Mosquitoes of California with Richard Bohart. He is a fellow of the Entomological Society of America. Another namesake for Robert Washino: the Washino Laboratory, Sacramento-Yolo Mosquito and Vector Control District.
A global authority on the ecology of mosquitoes and mosquito control agents, Washino received grants from the National Institutes of Health, United States Department of Agriculture, World Health Organization, and National Aeronautics and Space Administration and other agencies.

More locally, he was appointed by the City of Davis to the Sacramento-Yolo Mosquito and Vector Control District's Board of Trustees in 1973 and served 38 years, longer than any other trustee. He was elected president five times. For research and teaching purposes, he generously gifted his entire collection of books and journals, reprints, unpublished master of science and doctorate theses (from UC Davis, UCLA, UC Riverside) and an estimated 1000 2x2 slides to the library.  The building that houses the library, laboratory and lab staff bears his name, the Washino Laboratory.

One of the many highlights of his career: Washino received the prestigious Harry Hoogstraal Medal from the American Committee of Medical Entomology at the 54th annual meeting of the American Society for Tropical Medicine and Hygiene (ASTMH), held in December 2005 in Washington, D.C.

In 2010, Washino coordinated an all-day mosquito symposium at the American Mosquito Control Association's five-day conference in Anaheim, Orange County.  He gathered together 17 U.S. and worldwide speakers, including experts from London, Japan, Australia, Portugal and Germany.

And  then, six years later...what are the odds?  His namesake,  Aedes washinoi, bit him in his own back yard.

"I think Lynn really enjoyed the irony of that incident," Washino said, smiling, "and we all had a big laugh at my expense." 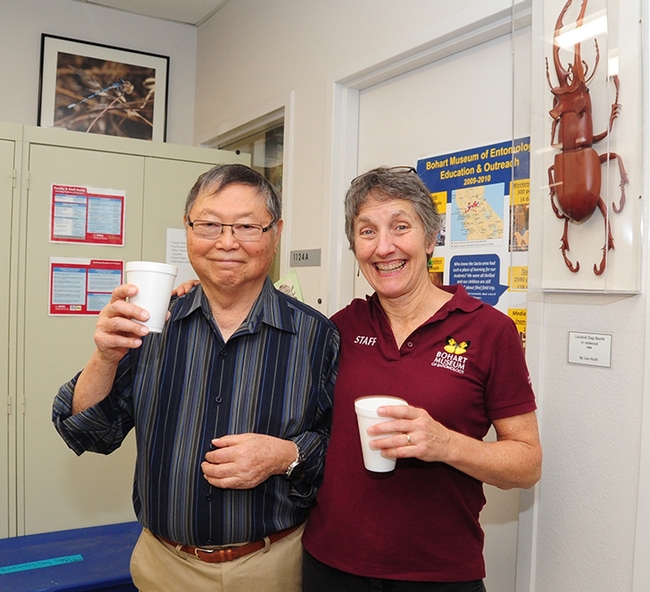 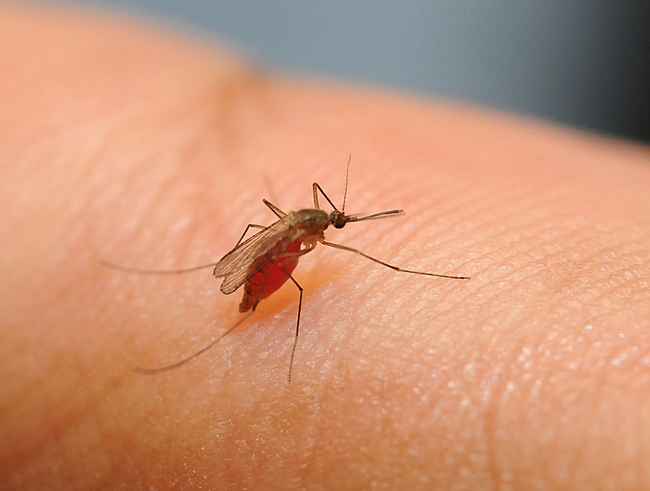 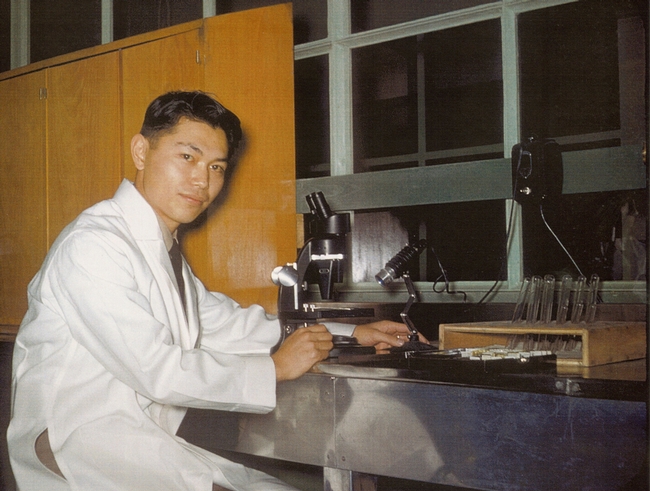