The feather-legged fly looks as if it were formed by a committee.

It's about the size of a house fly, but there the similarity ends.

Black head and thorax, hind legs fringed with a "comb" of short black hairs, and an abdomen that's the color of honey--bright orange honey.

It's one of those insects that prompts folks (including many entomologists) to ask: "What's THAT?"

It's a parasitoid. The female lays her eggs inside squash bugs, stink bugs and other agricultural pests.

It was probably introduced here from Europe. Squash growers and other farmers employ it as a biological control agent.

To us, it appears to be a double agent: distinctive and deadly. 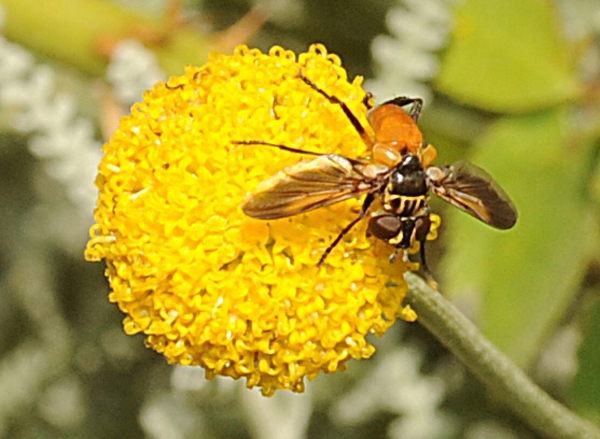 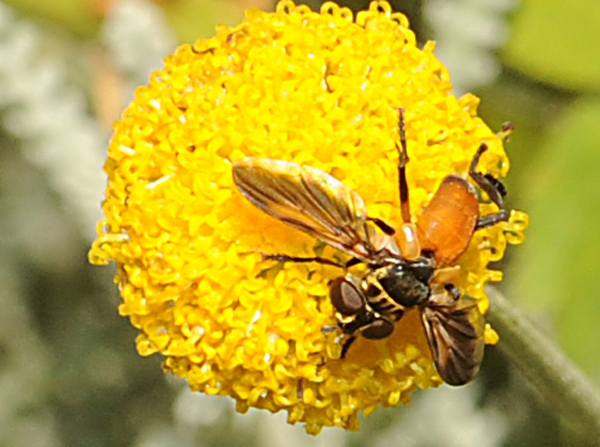 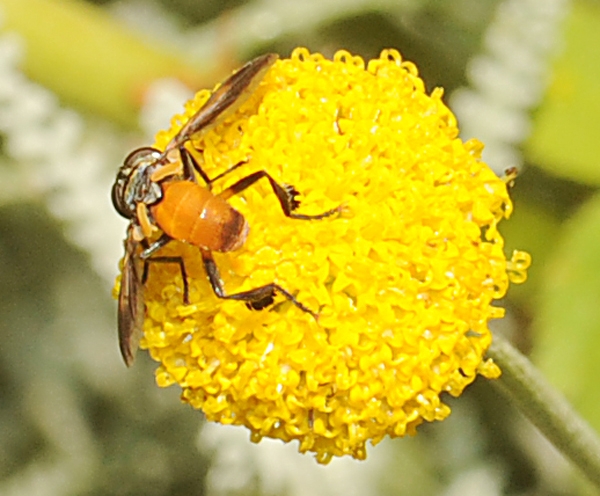