Naoki Yamanaka, assistant professor at UC Riverside
What this scientist discovered in an insect and why it matters...

Naoki Yamanaka, an assistant professor at UC Riverside (UCR), is known for his innovative and creative research. In fact, the National Institute of Health (NIH) just awarded him a $2.4 million grant in its High-Risk, High-Reward Research Program to study the role of steroid hormone transporters in insect development and reproduction.  A UCR news release pointed out that he will "translate that knowledge into new ways to combat the spread of mosquitoes, which are among the deadliest animals on the plant."

Fast forward to today--actually next week! And this time, it's about fruit flies. Steroid hormone transporters in fruit flies.

Yamanaka will discuss "A Membrane Transporter Is Required for Steroid Hormone Intake in Drosophila" at the UC Davis Department of Entomology and Nematology seminar, set from 4:10 to 5 p.m., Wednesday, Oct. 24, in 122 Briggs Hall.  Host is seminar coordinator and medical entomologist Geoffrey Attardo, assistant professor of entomology.

"Steroid hormones are a group of lipophilic hormones that are believed to enter cells by simple diffusion to regulate diverse physiological processes through intracellular nuclear receptors," Yamanaka explains. "We recently challenged this model in the fruit fly Drosophila melanogaster by demonstrating that a membrane transporter that we named Ecdysone importer (Ecl) is involved in cellular uptake of the steroid hormone ecdysone.Eci encodes an organic anion transporting polypeptide of the evolutionary conserved solute carrier organic anion superfamily. Results of our study may have wide implications for basic and medical aspects of steroid hormone research."

Yamanaka, who received his doctorate in biological sciences in 2007 from the University of Tokyo, says that his lab is "focused on identifying and characterizing neuroendocrine signaling pathways that regulate physiological and behavioral changes during insect development. Similar to humans, where physical and mental development during juvenile stage (puberty) is controlled by the neuroendocrine system, insects also have a sophisticated hormone signaling network that regulates their developmental transitions. Mainly by using fruit fly molecular genetic tools, we would like to understand what kind of hormones and receptors are involved in this system, how they work at the molecular level, and how such knowledge can be applied to develop new approaches to control animal development."

What exactly are "steroid hormones?" As author Sarah Nightingale explained in the UCR news release:

"Steroid hormones mediate many biological processes, including growth and development in insects, and sexual maturation, immunity and cancer progression in humans. After they are produced by glands of the endocrine system, steroid hormones must enter cells to exert their biological effects. For decades, the assumption has been that these hormones enter cells by simple diffusion, but preliminary work in Yamanaka's lab suggests a defined passageway controlled by proteins called membrane transporters."

Said Yamanaka: "The overall goal of this project is to challenge the conventional paradigm in endocrinology that steroid hormones freely travel across cell membranes by simple diffusion. We will also screen chemicals that inhibit steroid hormone entry into cells, with the goal of developing new pest control reagents.”

The NIH High-Risk, High-Reward Research Program is quite competitive. This year NIH officials granted only 89 awards and they were to  “extraordinarily creative scientists proposing highly innovative research to address major challenges in biomedical research.”

Yamanaka's research may lead to important pest control strategies for mosquitoes that transmit deadly diseases. As Nightingale explained: "Using the simple but powerful fruit fly model, his team will study how the insect steroid hormone ecdysone is transported in (and potentially out) of cells with the help of membrane transporters. Since ecdysone controls metamorphosis and molting as an insect moves from one stage of its life cycle to the next, blocking its transport could offer a new way to inhibit insect growth and development. The team will then study the same transport pathway in the mosquito that causes yellow fever, hoping to identify chemicals that inhibit steroid hormone transport as a pest control strategy. Worldwide, mosquito-borne diseases cause millions of deaths each year, with malaria alone causing more than 400,000 deaths, according to the World Health Organization."

Bottom line: “By targeting the membrane transporter from outside the cells, we may be able to circumvent common pesticide resistance machinery provided by proteins within the cells, such as detoxification enzymes and drug efflux pumps,” Yamanaka pointed out in the news release.

His seminar at UC Davis is the fifth in a series of fall seminars coordinated by Attardo. (Note: The Yamanaka seminar will not be recorded.) 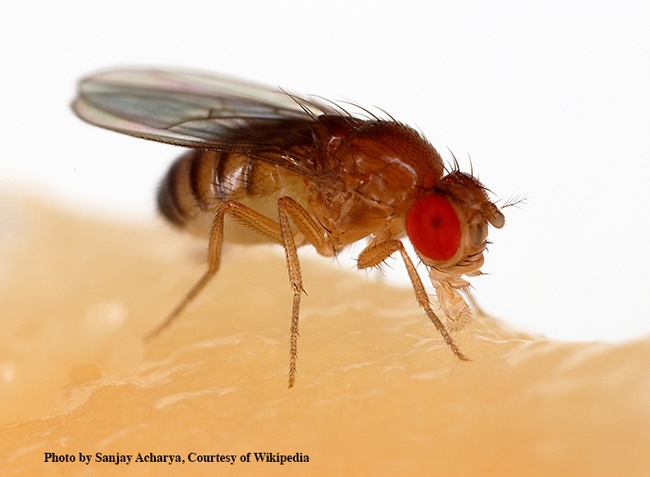