Remember the massive media frenzy earlier this year when "the murder hornet" became a household word? The media labeled it that, but let's call it AGH. It's a hornet, not some weaponized insect with super powers that belongs in a B-rated movie seen at a Saturday matinee. Drop the drink! Hold the popcorn!

The first four paragraphs zero in on what this is all about:

"The Asian giant hornet (AGH) or Japanese giant hornet, Vespa mandarinia, recently found in British Columbia, Canada, (B. C. Ministry of Agriculture 2019) and in Washington State (McGann 2019), poses a significant threat to European honey bee (EHB), Apis mellifera, colonies and is a public health issue. The AGH is the world's largest species of hornet (Figure 1; Ono et al. 2003), native to temperate and tropical low mountains and forests of eastern Asia (Matsuura 1991). It appears the hornet is well adapted to conditions in the Pacific Northwest.

"If this hornet becomes established, it will have a severe and damaging impact on the honey bee population, the beekeeping industry, the environment, public health, and the economy. It is critical that we identify, trap, and attempt to eliminate this new pest before it becomes established and widespread. Attempts to contain the spread and eradication of this invasive insect will be most effective by trapping queens during early spring before their nests become established. Another strategy is to locate and destroy nests prior to development of virgin queens and drones in the late summer and fall.

"It is critical that surveying and trapping occur before the fall reproductive and dispersal phase of the hornet. Beekeepers in the field are a crucial line of defense in locating, identifying, and trapping the hornets. Yet, everyone should be on the lookout and report any sightings to local authorities and the Washington State Department of Agriculture.

"Here, we will cover how the AGH will impact the honey bee, give the reader a better understanding of the hornet, outline precautions to take, and first aid if attacked by the hornet."

The fact sheet provides crucial information, including what the public and beekeepers need to know, how to trap the hornets, where to report sightings, and information about the life cycle, the stinger,  avoidance, and first aid. It details the public health issue and defines "What is a hornet?"

We've heard folks argue that AGH is a "hornet, not a wasp."  Noted hymenopterist Lynn Kimsey, director of the Bohart Museum of Entomology and professor of entomology at UC Davis, points out that hornets ARE wasps.

"A hornet is simply a large wasp. Generally, wasps of the class or genus known as Vespa are considered hornets. Interestingly, there are no true hornets (Vespa) native to North America. The European hornet (Vespa crabro) is well established in much of the eastern half of the United States. The European hornet is not a major threat to honey bees."

"Hornets are part of a large order of insects known as Hymenoptera that include bees, wasps, ants, and sawflies. Worldwide, there are more than 115,000 species belonging to the order Hymenoptera (Hunt and Toth 2017). Most of this group of insects are beneficial for pollination and pest control. There are two types of hornets, solitary and social (Lee et al. 2016). Solitary hornets hunt various insects and spiders. Their 'stinger' is primarily used to paralyze their prey. They often lay an egg on the immobilized victim, and when the egg hatches, the larvae consume the still-living host. Solitary wasps generally do not sting humans and usually are not aggressive unless provoked."

"The recently introduced Asian giant hornet (AGH) is also a social wasp. When foraging for food in spring, the AGH ;is not highly aggressive—unless its nest is disturbed. Late summer and fall, with the high demand for protein, they become very aggressive when attacking or occupying a honey bee colony."

AGH appeared in the news last month when the Washington State Department of Agriculture announced it had trapped aVespa mandarinia near Birch Bay in Whatcom County. It was trapped July 14 and identified during processing on July 29. "This was the first hornet to be detected in a trap, rather than found in the environment as the state's five previous confirmed sightings were," according to the news release.

"Because the number of Asian giant hornet workers increases as a colony develops, residents should be most likely to see an Asian giant hornet in August and September," the news release related. "If you think you have seen one, report it at agr.wa.gov/hornets. Provide as much detail as you can about what you saw and where. Also, include a photo if you can safely obtain one, and if you come across a dead specimen keep it for potential testing. You can visit WSDA's website at agr.wa.gov/hornets to learn more about Asian giant hornets. You can also submit questions the WSDA Pest Program at hornets@agr.wa.gov or 1-800-443-6684."

But some of the misidentifications of Vespa mandarinia flowing in are incredible. Check out Stephane de Greef's Facebook page on "Is This a Murder Hornet?" The latest one spotlighted is a...wait for it...beetle. 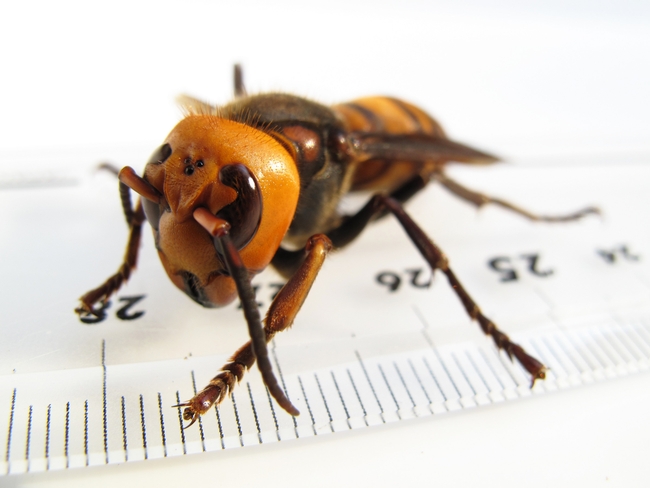 This is a female Vespa mandarinia japonica by Yasunori Koide. (Creative Commons photo) 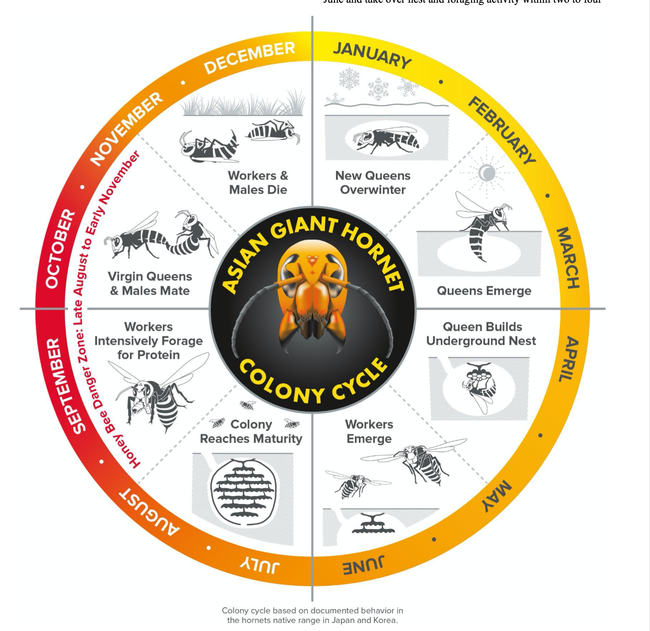 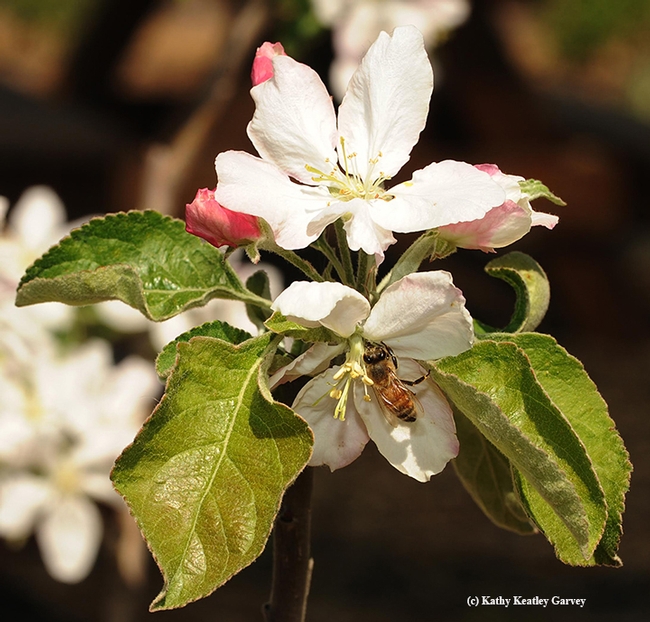 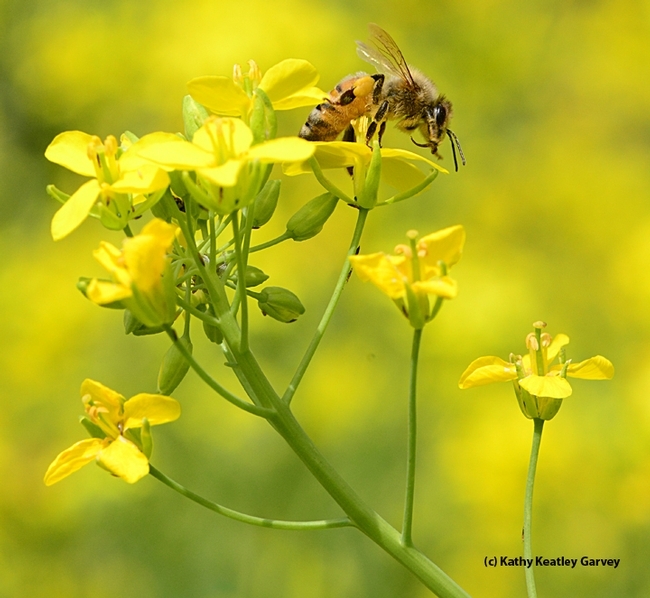