It's always a good idea to carry your cell phone or shoulder a camera while you're taking a stroll through a garden.

You never know what you will see.

It was early morning on Tuesday, June 7, when we spotted a female Valley carpenter bee, Xylocopa sonorina, asleep on a passionflower vine, Passiflora. That's the host plant for the Gulf Fritillary, Agraulis vanillae, but carpenter bees are always hanging around for pollination. Tiny grains of golden pollen cling to this bee look like gold dust.

The females are solid black, while the males are a golden blond with green eyes. Sexual dimorphism. These bees are  found in the Central Valley and southern California, Arizona, New Mexico and southward through Mexico, according to the late native pollinator specialist Robbin Thorp, UC Davis emeritus professor of entomology. He described them as "the largest of the carpenter bees in California."

Wikipedia indicates Valley carpenter bees are found from western Texas to northern California, and the eastern Pacific islands. Frederick Smith, assistant in the Zoological Department of the British Museum and member of the council of the Entomological Society of London, first described X. sonorina in 1874 from specimens collected in Hawaii, according to Wikipedia. "Until 1956, it was thought that X. sonorina came from the Sunda Islands, but in a paper published that year,M. A. Lieftinck showed that Smith's interpretation of the original specimen labels was in error: Smith had mistakenly read the label of X. sonorina as meaning the Sunda Islands instead of the Sandwich Islands."

"In 1899, R. C. L. Perkins described the same species as Xylocopa aeneipennis, and in 1922, P. H. Timberlake claimed that the Hawaiian Xylocopa was the same as the mainland X. varipuncta, that had been named in 1879, and Roy Snelling predicted in 2003 that X. varipuncta would eventually be reclassified as a synonym of X. sonorina," Wikipedia relates. "This was confirmed in 2020 using DNA analysis, and as the name sonorina has seniority, this is the valid species name."

This week we called one "sleepy head." 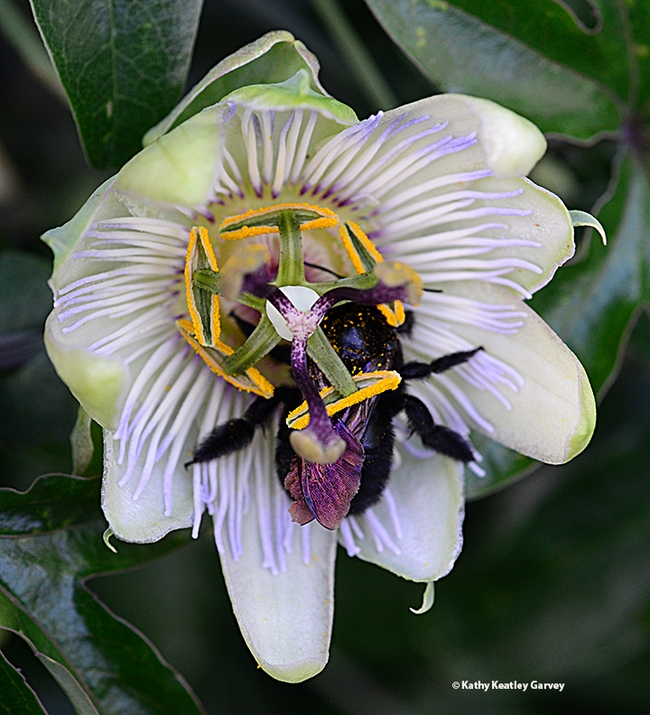 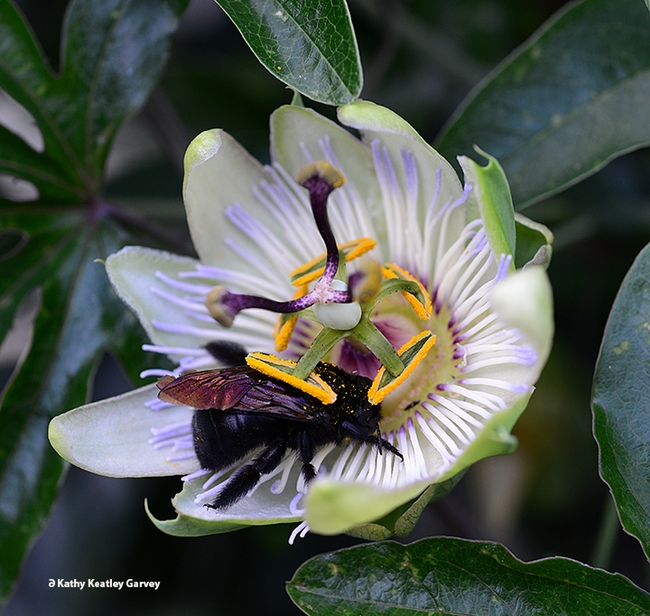 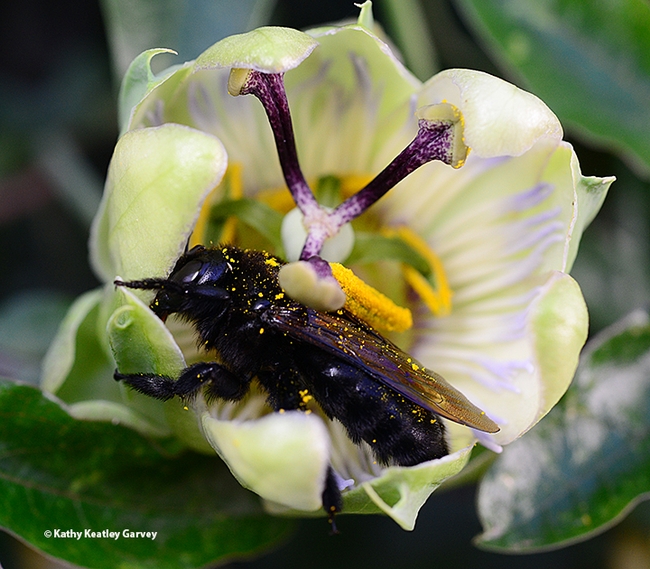 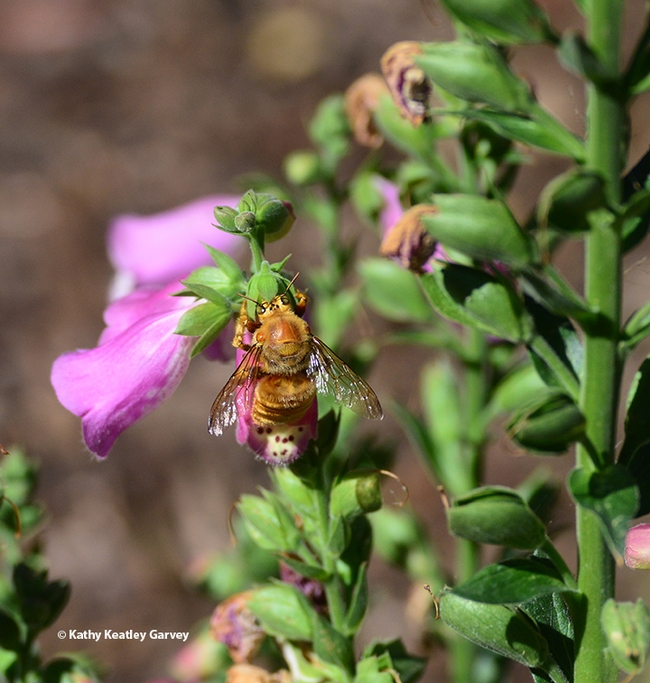 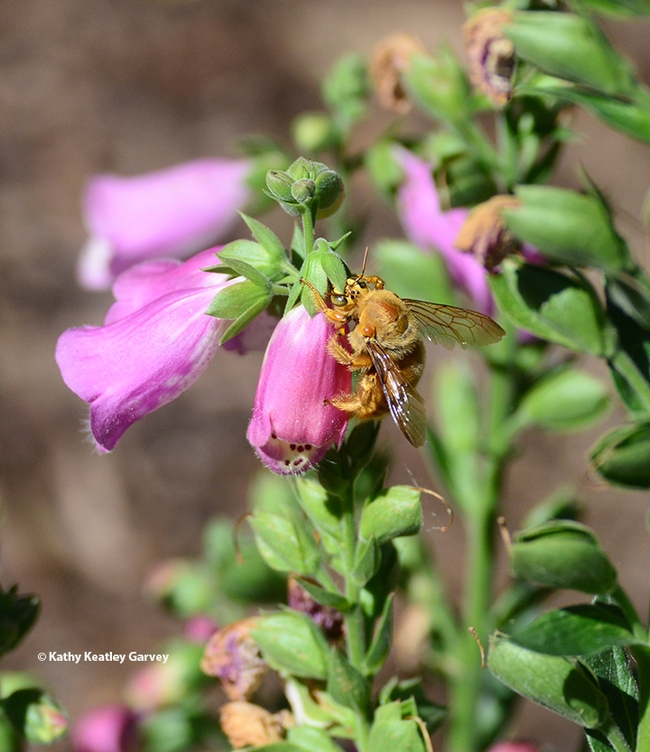 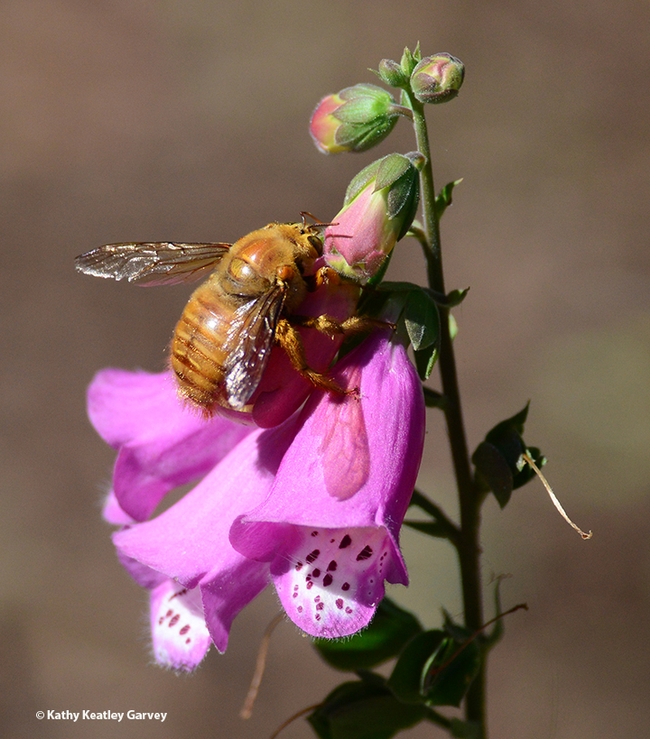