Early in his career, entomologist Bruce Hammock, now a distinguished professor of entomology at the University of California, Davis and a newly selected fellow of the Entomological Society of America, probed regulating the development of insect larvae.

Now his interests swing toward pain management, including inflammatory diseases like arthritis.

His is truly a case of "from the bench to the bedside."

Today two UC Davis labs--including Hammock's--and a lab from Peking University, China published an article in Proceedings of the National Academy of Sciences (PNAS) that is sure to offer hope down the road for those suffering from arthritis pain.

The scientists found a novel mechanism as to why the long-term, high-dosage use of the well-known arthritis pain medication, Vioxx, led to heart attacks and strokes. Their groundbreaking research, done with rodents, may pave the way for a safer drug for millions of arthritis patients who suffer acute and chronic pain.

“This is a major breakthrough that can lead to a better medication for people suffering from acute pain,” said Hammock, who has a joint appointment at the UC Davis Cancer Center.

The Hammock lab and two others labs--the lab of cell biologist Nipavan Chiamvimonvat, UC Davis Division of Cardiovascular Medicine, and physiologist Yi Zhu, Peking University--used metabolomic profiling to analyze murine (rodent) plasma. They discovered that Vioxx causes a dramatic increase in a regulatory lipid that could be a major contributor to the heart attacks and strokes associated with high levels of the drug and other selective COX-2 inhibitors, known as “coxibs.”

“Our metabolomics study discovered that 20-hydroxyeicosatetrasanoic acid, also known as 20-HETE, contributes to the Vioxx-mediated cardiovascular events,” said UC Davis bioanalytical chemist Jun-Yan Liu, the senior author of the paper and a five-year member of the Bruce Hammock laboratory.

Millions of arthritis patients took Vioxx before its withdrawal from the global market in 2004. Vioxx, a nonsteroidal anti-inflammatory drug (NSAID) and coxib for acute and chronic pain, particularly for arthritis and osteoarthritis, was on the market for five years. Merck & Co. voluntarily withdrew it in September 2004 due to concerns about the increased risk of heart attacks and strokes.

Urologist Ralph devere White, professor of urology at the UC Davis School of Medicine and director of the UC Davis Cancer Center, described the research as “extremely exciting.”

“Vioxx and other drugs in this class were looked on as extremely promising in moderation,” devere White said. “The fact that the Hammock lab discovered why the drug could lead to heart attacks and strokes and is able to quantify the deleterious facts is extremely exciting. I hope that patients can safely use this drug in the future or block the deleterious effects so it will have all of the benefits and none of the adverse side effects.”

Nationally, some 46 million individuals suffer from arthritis. “And almost one million patients are admitted to hospitals every year because of their arthritis,” Hammock said. “They do need effective and safer drugs to relieve their pain.”

This research (see the UC Davis Department of Entomology website) will undoubtedly open up new strategies to develop safer coxibs. 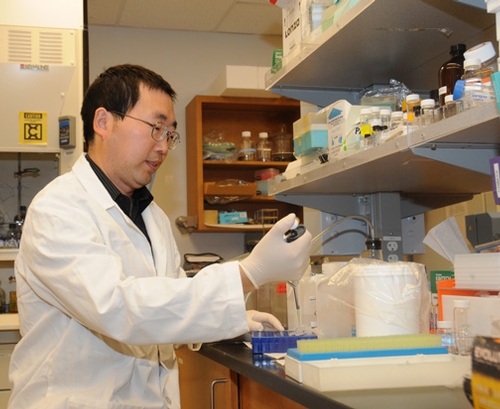 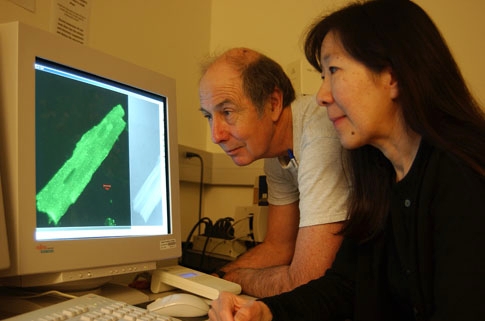