Damselfly takes an interest in an ant. (Photo by Kathy Keatley Garvey)
Finding a tan-colored damselfly in a patch of fading English lavender is like finding a needle in the proverbial haystack.

They're so tiny and inconspicuous that they're easy to miss. They're about an inch long and so slender that they look like flying needles.

Like its cousin, the dragonfly, the damselfly (suborder Zygoptera) is a predator that catches and eats flying insects. Flies, knats and mosquitoes are often on their menu.

Damselflies frequent the area near our fish pond and we see them glide in and out of our lavender patch, the catmint, oregano and the Mexican sunflowers (Tithonia). Sometimes they perch on a stem in the early morning and warm their flight muscles.

When we see them, we always look for bright red mites. Red mites? Think of a a cluster of miniature salmon eggs. Some of these damselflies are so heavily parasitized that you wonder how long they'll survive. Damsel in distress?

We've never seen a damselfly actually catch a flying insect, but we did find one last weekend that was quite interested in an ant scurrying down a lavender stem. The damselfly backed up and appeared to be targeting it.

The ant, however, escaped. 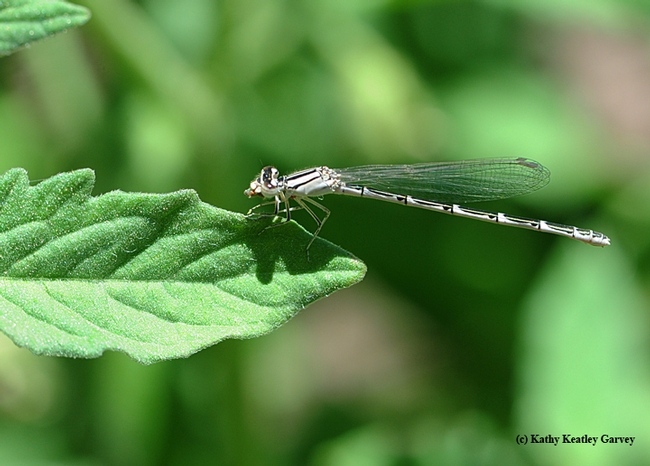 Damselfly on a leaf in the late afternoon. (Photo by Kathy Keatley Garvey) 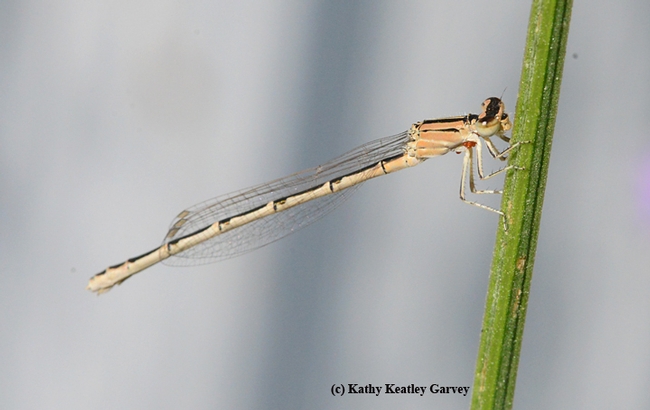 A cluster of red mites on a damselfly in the early morning. (Photo by Kathy Keatley Garvey)
Tags: ant (1), damselflies (6), Zygoptera (3)
Comments: 1
Soaking Up Sunshine 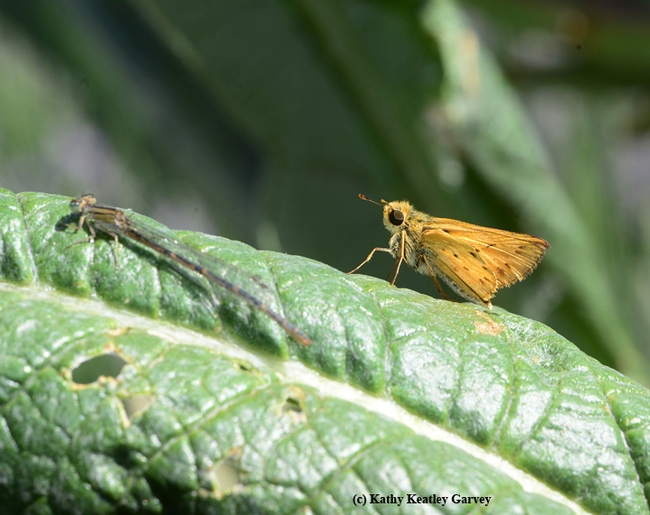 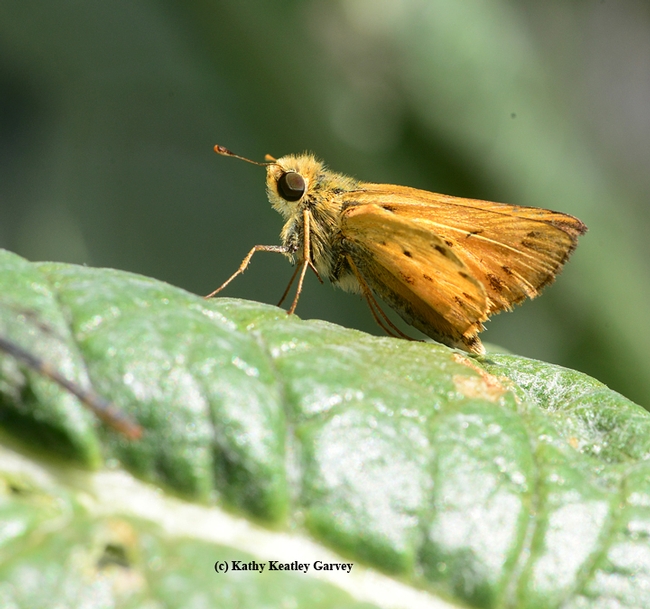 Fact is, they were here before the dinosaurs.

These needlelike insects add an iridescent presence as they fly awkwardy over our fish pond, catching prey.  In the early morning, they land in our nectarine tree. They're not there to pick nectarines. They're warming their flight muscles.

Their brilliant colors draw us to them. But their huge compound eyes quickly notice us and off they go. 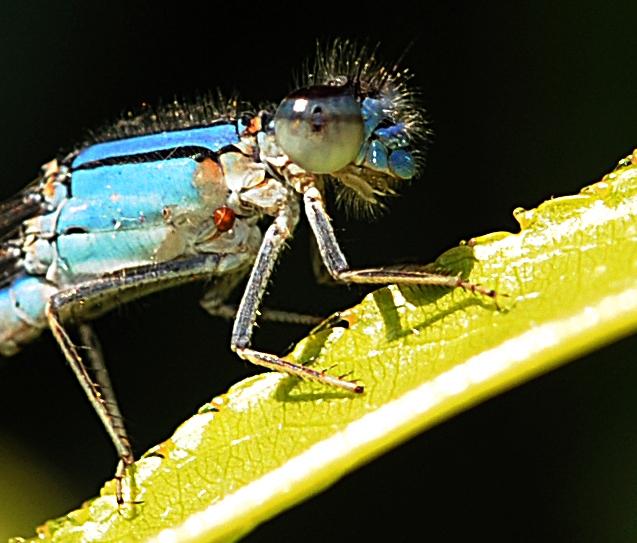