Bug Squad
sitenum=63
Happenings in the insect world
It's a Bird! It's a Plane! No, It's... This is sweet fennel or anise, Foeniculum vulgare, host plant of the anise swallowtails. (Photo by Kathy Keatley Garvey)

No, it's a bird dropping.

If you're growing sweet fennel (anise), you may have noticed what appear to be two species of swallowtail butterflies populating your plant.

You'll see larvae (caterpillars) that are pale green with black bands containing orange spots. But look more closely and you'll see the smaller larvae or early instars. They look like bird droppings. A gift from above?

These are naturalized European weeds, he says on his website.  "We believe this ecotype originally lived in the tule marshes and bred on water hemlock (Cicuta) and another Apiaceous plant named Oenanthe. These are still used but only rarely in comparison ot he weeds; they are the only native hosts available in the Mediterranean summer that could have sustained repeated breeding."

Colors of the iconic anise swallowtail caterpillars also differ.  "In hot, dry sites there is more green and less black, while under cool, humid conditions, the green may even disappear!" Shapiro says. And the pupae (chrysalids) may be brown or green.

Meanwhile, our caterpillars are feasting on the fennel and shedding their protective, camouflaged "bird dropping" skin.  The California scrubjays that dine on the Gulf Fritillary caterpillars on the nearby passionflower vine (Passilfora) don't seem to notice.

Here's hoping they won't touch the anise swallowtails. Why would they want to eat something that looks like bird poo? 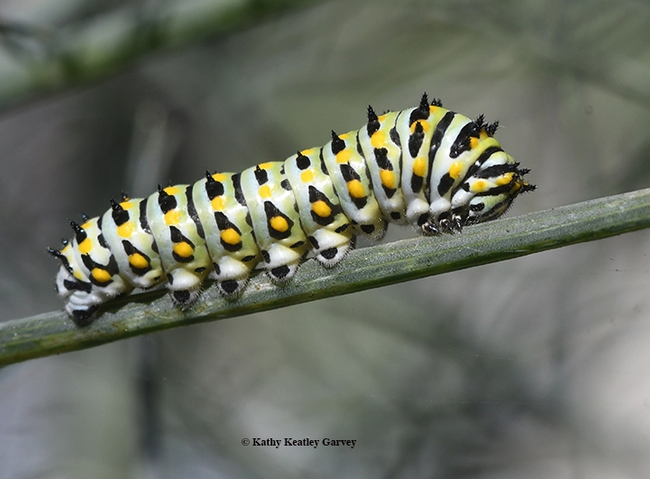 The iconic anise swallowtail caterpillar is a pale green with black bands containing orange spots. This is probably the fifth instar. (Photo by Kathy Keatley Garvey) 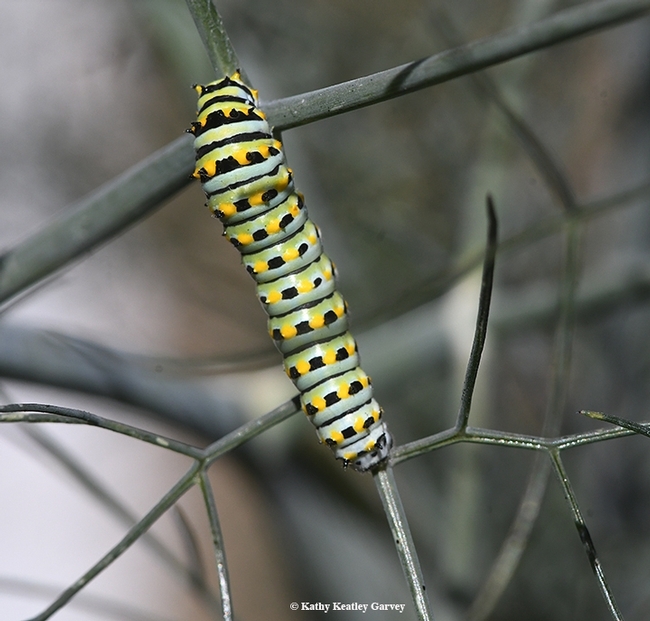 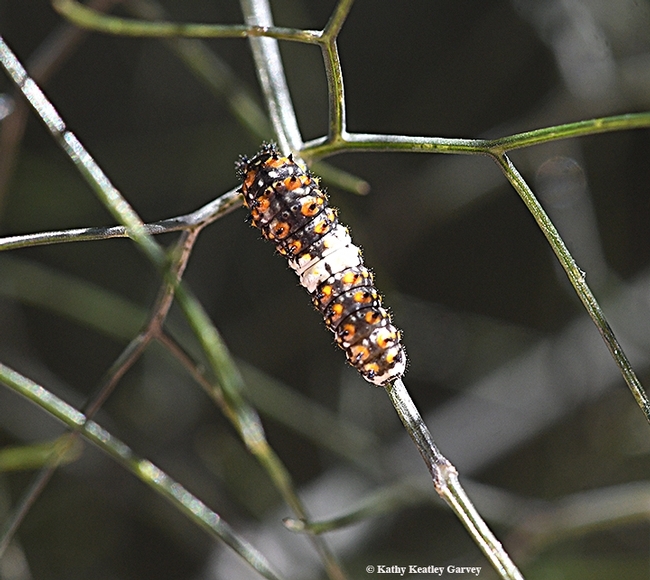 This younger larva of the anise swallowtail resembles a bird dropping. (Photo by Kathy Keatley Garvey) 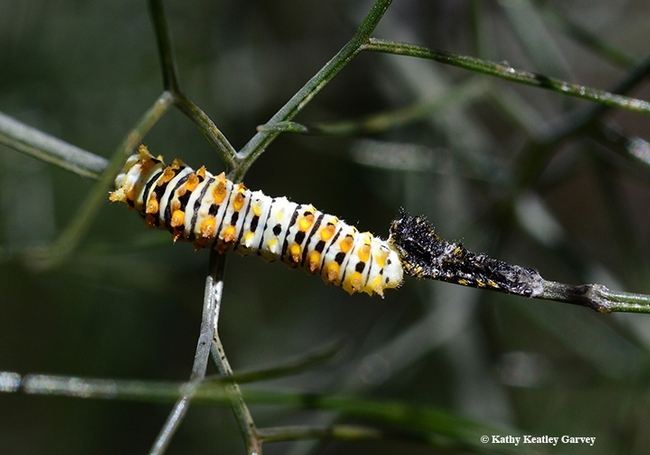 This anise swallowtail caterpillar is shedding its skin or molting, leaving its “bird dropping” skin behind. This is probably the third instar. (Photo by Kathy Keatley Garvey) 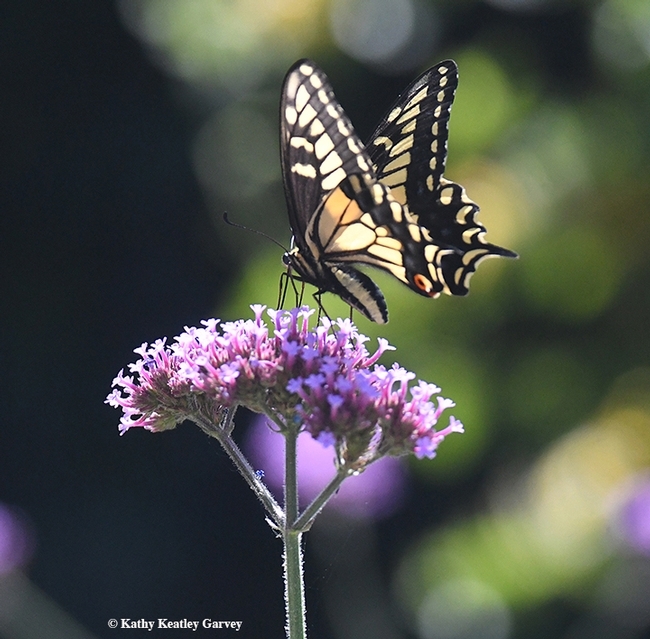