Bug Squad
sitenum=63
Happenings in the insect world
Show Me the Honey! Honey has been described as "the soul of a field of flowers." (Photo by Kathy Keatley Garvey)
Show me the honey!

If you're a beekeeper in the United States and folks rave about your honey, then you'll want to enter the annual Good Food Awards event. You'll have a chance to win awards--and bragging rights.

Amina Harris, director of the UC Davis Honey and Pollination Center, who coordinates the contest, announced that awards will be given in four subcategories: Liquid and Naturally Crystallized, Creamed, Comb, and Infused Honey.  The entry period is now underway and ends Sunday, July 31. See criteria on this page.

The contest is divided into five regions--East, South, North, Central and West--with seven or more states assigned to one region, Harris said.

"Finalists from each region are selected on a judging day Sept. 18," Harris explained.  "They are vetted according to criteria on this page. Honeys can come from August 1, 2015 – August 31, 2016. Winners are selected during the fall months and announced at the end of the year. The awards will be presented in mid-January." 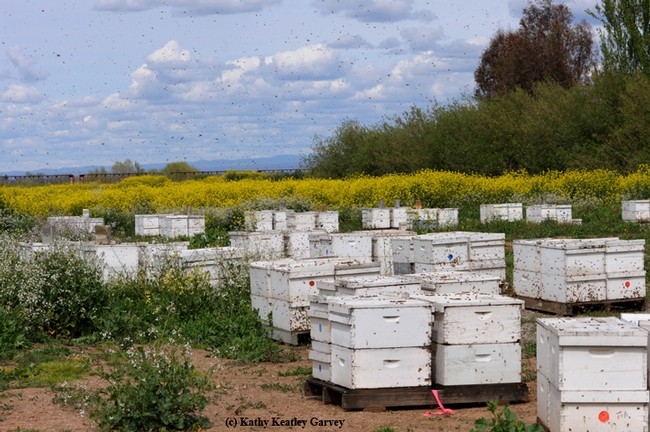 A sunny day in the apiary--this is one of the scenes at Olivarez Honey Bees, Orland, Calif., owned by Ray Olivarez. (Photo by Kathy Keatley Garvey) 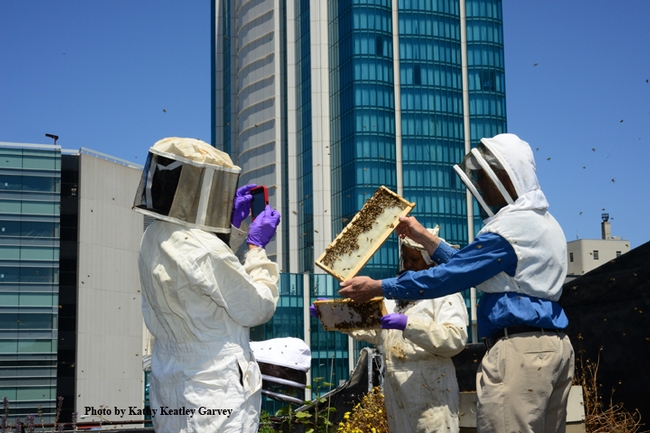 Rooftop beekeeping! Extension apiculturist Eric Mussen (right, now emeritus) holds up a frame for a photograph. This photo was taken on the rooftop of the San Francisco Chronicle. (Photo by Kathy Keatley Garvey) 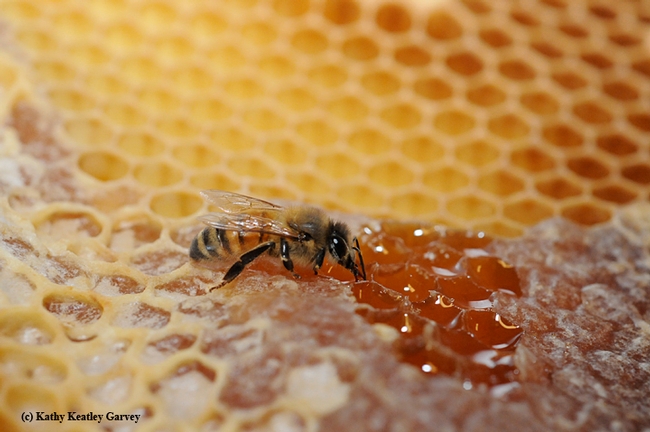