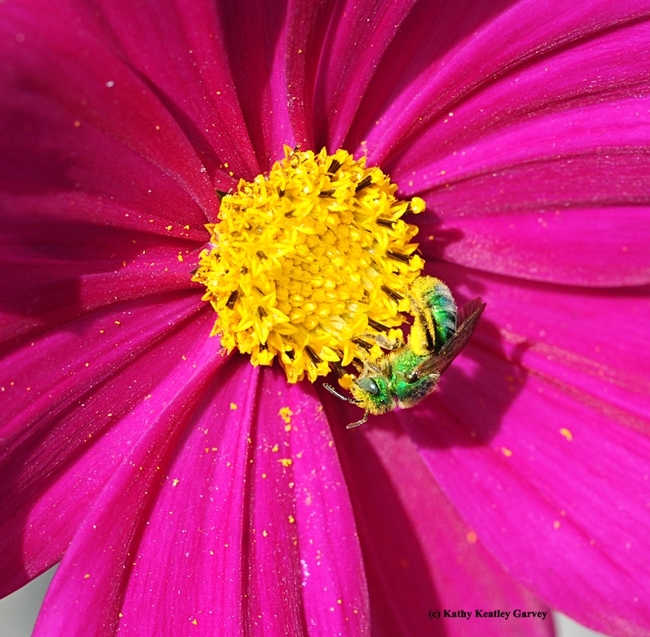 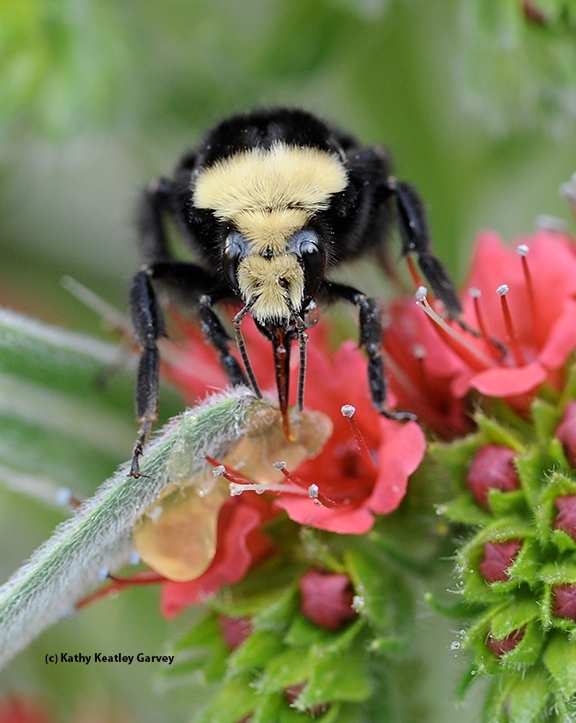 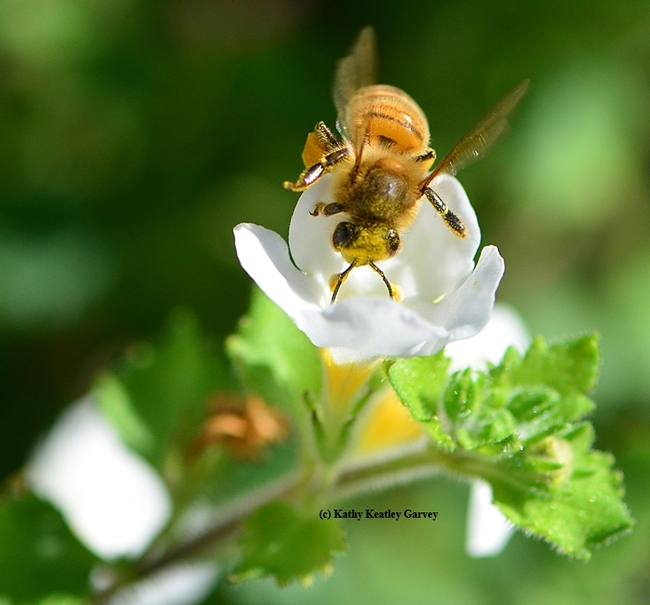 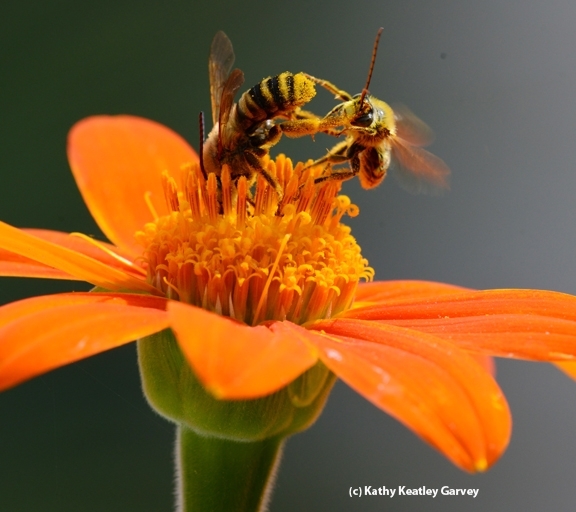 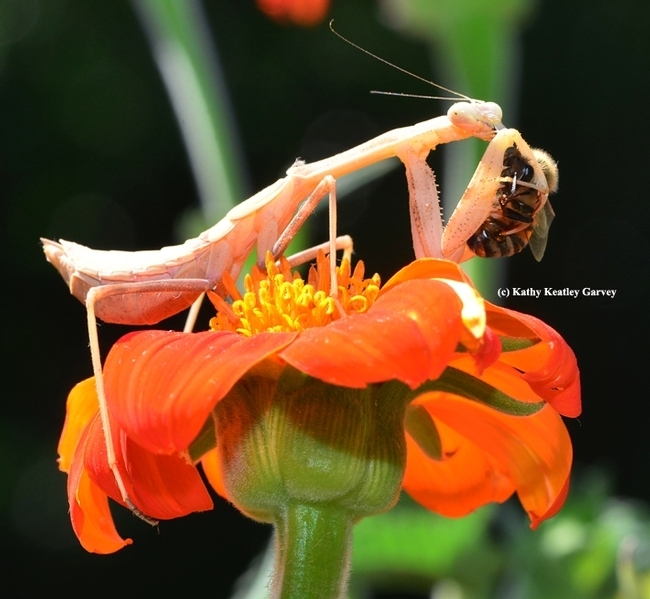 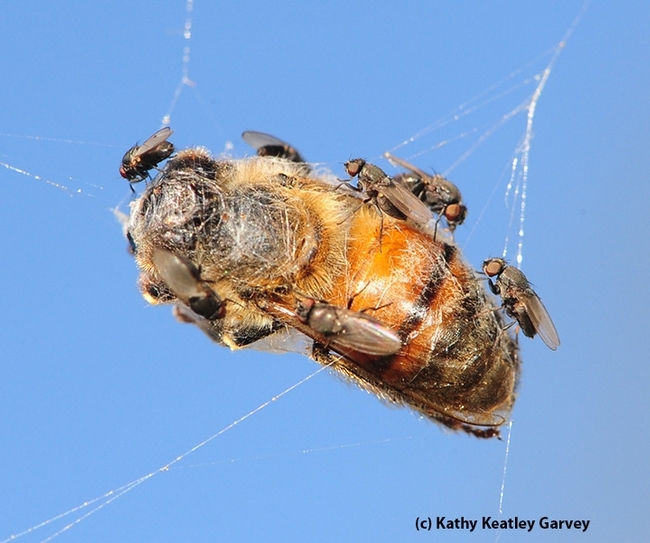 It's a cold spell.

As temperatures dip throughout much of California, and honey bees snuggle inside their hives, it's "bees-ness" in southern California this week.

The topics will encompass bee health, including pests, pesticides, parasites, diseases, malnutrition and stress. Everything about the bee-leagured bees.

Meanwhile, a few almond trees are blooming (one in the Benicia State Recreation Area burst into bloom before Christmas Day) and more and more bees are venturing out as the temperatures hit 55.

If you have winter blossoms, odds are you're getting bee visits during the sun breaks. In our yard, the bees love the Bacopa, a groundcover that fought--and won--the battle with Jack Frost. Strong winds and rain storms hammered and stripped some of the blossoms, but the bees don't care. The pollen is there. 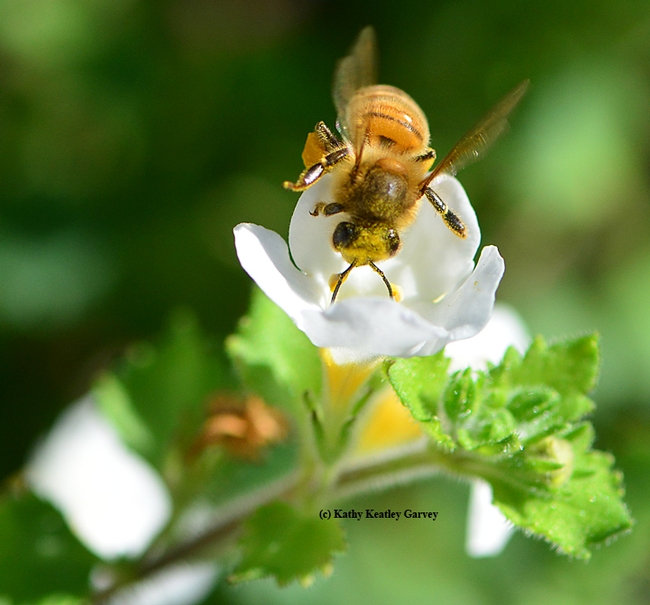 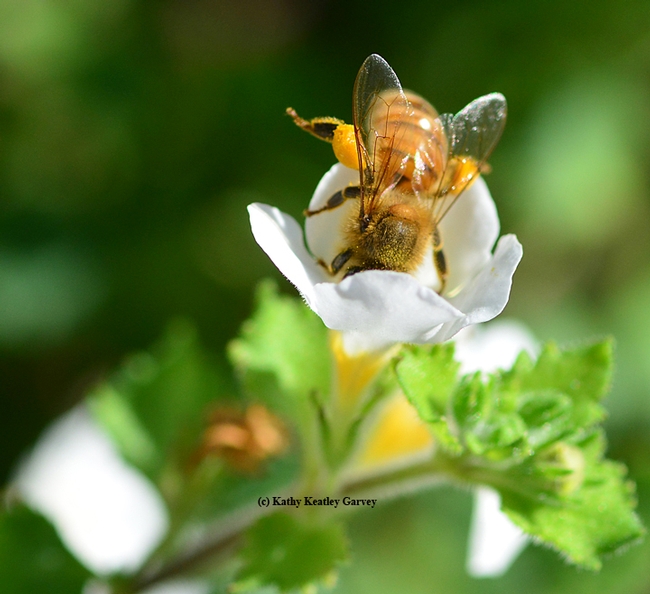 The white-floral ground cover at the Benicia Capitol State Historic Park is Sutera cordata or bacopa, as identified by Missy Gable, program manager of the California Center for Urban Horticulture at the University of California, Davis.

As historians know, the Benicia Capitol State Historic Park was the site of the state capital back in 1853-1854. Then Sacramento claimed the title.

And bacopa? "I’ve used bacopa quite a bit in hanging baskets but have honestly never tried it in the landscape," Gable said. "It’s a pretty short lived perennial and in my experience dies at the first frost BUT it’s an awesome bloomer!"

That it is. We spotted the bacopa the first day of the year. It was a lukewarm 55 degrees in Benicia but the honey bees were out, out of their dark hives and into the sunlight to start gathering nectar and pollen for their colony.

Interestingly enough, both the honey bee and bacopa are natives of Africa. European colonists brought the honey bee to what is now the United States in 1622 (to the Jamestown colony, Va.)

Honey bees did not arrive in California until 1853 (the same year that Benicia claimed the state capital). California's first beekeeper, Christopher A. Shelton, established a 12-colony apiary just north of San Jose. According to the UC ANR book, Beekeeping in California, authored primarily by UC Davis bee scientists: "Of the 12, only one survived, but it cast three swarms that summer and by 1858 there were at least 150 colonies directly descended from the Shelton hive."

Bacopa could be another suitable plant for the Häagen-Dazs Honey Bee Haven, a bee friendly garden that doubles as demonstration garden on Bee Biology Road, UC Davis. Missy Gable plays a key role in making the garden as beautiful as it is.

Meanwhile it's Benicia, bees and bacopa! And awesome bloomer! 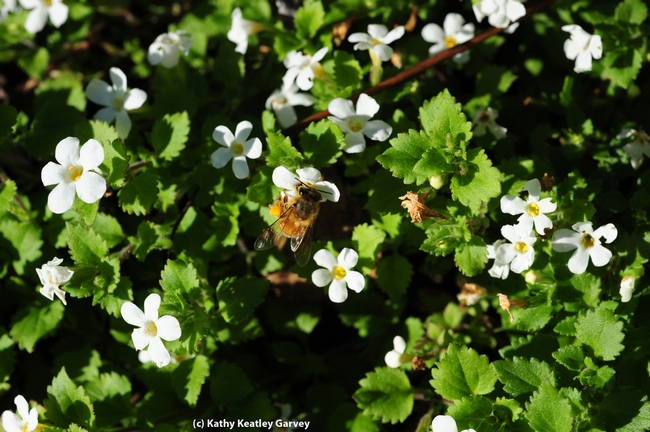 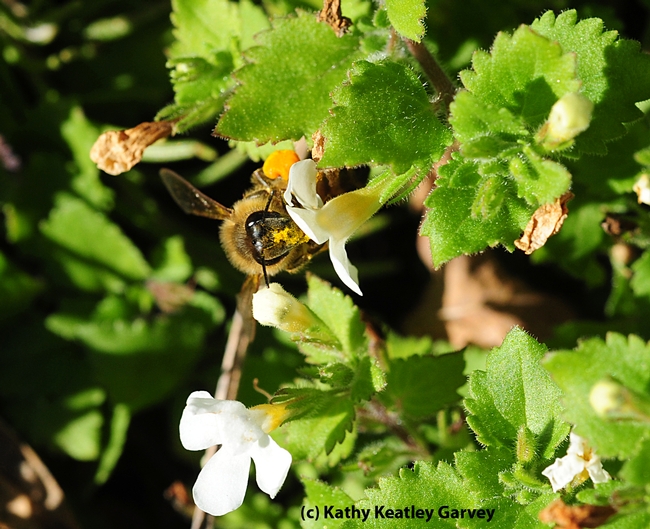