Bug Squad
sitenum=63
Happenings in the insect world
March 10: Biochemistry, COVID-19, UC Davis and Cardiff University All Rolled Into One COVID-19 virus (CDC Image)
If you want to learn about biochemistry, COVID-19, UC Davis and Cardiff University, all rolled into one—and reap an educational and entertaining experience at the same time--then you'll want to mark your calendar for 11 a.m., Wednesday, March 10, Pacific Time.

UC Davis Chancellor Gary May will deliver the welcoming address.

“We will focus on a theme of protein structures, emphasizing two proteins of public interest--specifically, hemoglobin, the carrier of oxygen from the lungs to the tissues,” said organizer-moderator Walter Leal, UC Davis distinguished professor of molecular and cellular biology and a former chair of the UC Davis Department of Entomology and Nematology.

UC Davis Chancellor Gary May
The SARS-CoV-2, the virus-causing COVID-19, needs a human cell to replicate, and they get access to the cell with a protein named spike, Leal explained. “When spike binds to a human receptor called ACE2, the virus gains access to the cell, replicates, the cell is destroyed, and the mucus formed in the lungs make it difficult for oxygen to reach hemoglobin.”

“As I said in class, this protein makes FedEx envious. It carries oxygen from the lungs to the muscles and other cells, drops the load at the destinations, and picks up carbon dioxide and protons to take back to the lungs. It is a multitasking protein. It is never idle unless a person gets COVID-19.”

The March 10th event will actually include three games. Prior to The Big Game will be two preliminary games that will determine the composition of the seven-member UC Davis team that challenges Cardiff.

The Big Game: “For the UC Davis team that will challenge Cardiff, we will have five players from the winner of Game 1, plus one player from Alpha Helices and one player from Beta Strand,” Leal explained.

Dr. Dean Blumberg, UC Davis Health
The format of the game will be three questions per team, alternating one question for each team. “In the event of a tie,” Leal said, “each team will be asked one question at a time until we break the deadlock.”

While the teams work on the questions, Dr. Dean Blumberg, an epidemiologist and chief of Pediatric Infectious Diseases, UC Davis Children's Hospital, will answer questions about vaccines and vaccinations.

"Remote learning is causing ZOOM fatigue and impairing student's ability to focus," Leal writes on the registration page. " We hope that this educational activity will promote physically distant, socially close interactions between undergraduate students and further our institutions' ties." Noted plant biochemist Eric Conn in his office in Briggs Hall.
What a novel idea! UCD vs. UCD!

One is the University of California, Davis, or UCD. The other: University College Dublin, or UCD.

Just add "UCD vs. UCD Biochemistry Games," and you get a friendly global rivalry between undergraduate biochemistry students at the two universities.

"Both UC Davis and UC Dublin are global research universities," said Leal. "The COVID-19 pandemic has hampered our efforts to exchange students. Meanwhile, remote learning is causing ZOOM fatigue and impairing student's ability to focus. We hope that this educational activity will promote physically distant, socially close interactions between undergraduate students and further our institutions' ties.”

To determine the UC Davis participants, The Big Game will be preceded by a preliminary game, the Eric Conn Biochemistry Quizzes, set for 4 p.m., Saturday, Feb. 20. This memorializes noted plant biochemist Eric Conn (1923-2017), whose tenure at UC Davis spanned 43 years. He co-founded with Paul Stumpf (1919-2007) the UC Davis Department of Biochemistry and Biophysics, which evolved into the Department of Molecular and Cellular Biology. Organizer Walter Leal, UC Davis distinguished professor
“The final Games will focus on protein structures, including two proteins closely related to SARSCoV-2 inflicted COVID-19 disease,” Leal said. “Specifically, students will be asked questions about the structures of human hemoglobin--the protein that carries oxygen from the lungs to the body's tissues (and return carbon dioxide) and the virus' spike protein-- that binds to a human receptor, known as ACE2, and starts the process of invading human cells.” The Eric Conn Quizzes will cover other topics of fundamental biochemistry.

Leal said that one of the most notorious presentations of COVID-19 is hypoxia (insufficient oxygen in the blood). “While the virus replicates and the spike proteins trigger invasion to other cells, hemoglobin cannot capture enough oxygen because the lungs' alveoli are filled with the mucus derived from the viral infection.”

Two Department of Molecular and Cell Biology emeriti professors Charles Gasser and National Academy of Sciences member J. Clark Lagarias, will ask questions and serve as judges for both the preliminary game and the final game. Two UC Dublin judges also will be selected. Prizes are pending.

Eric Conn
The event promises to be an educational and entertaining activity but at the same time honoring Conn, a member of the National Academy of Sciences and world-renowned in his field for his contributions to the understanding of plant metabolism.

Born in Berthoud, Colo., the youngest of four sons, Eric moved with his family in the early 1930s to Bellaire, Kan.  He considered himself a “child of the Dust Bowl during the Great Depression.” Eric received a four-year scholarship to the University of Colorado, earning his bachelor's degree in chemistry in 1944. He worked as an inorganic chemist with the Manhattan Project through the remainder of World War II, first as a citizen and then as a private with the U.S. Army.

Conn received his doctorate in biochemistry from the University of Chicago in 1948 and served as a postdoctoral fellow there for two years before joining the faculty of UC Berkeley in 1950. Conn joined the UC Davis faculty in 1958, founding the Department of Biochemistry and Biophysics with UC Davis colleague Paul Stumpf (1919-2007). The department they founded evolved into the Department of Molecular and Cellular Biology.

Conn organized the university's introductory course in biochemistry in 1959 and taught it until his retirement in 1993. The course became a requirement for numerous undergraduate majors. Conn was the third recipient of the UC Davis Prize for Teaching and Scholarly Achievement (https://youtu.be/TdwJkcjQvbw) 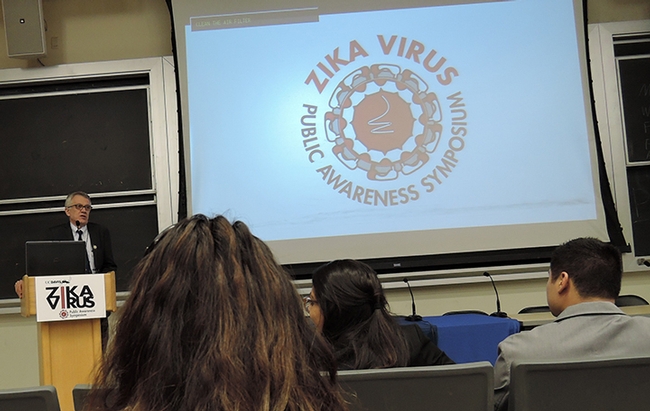 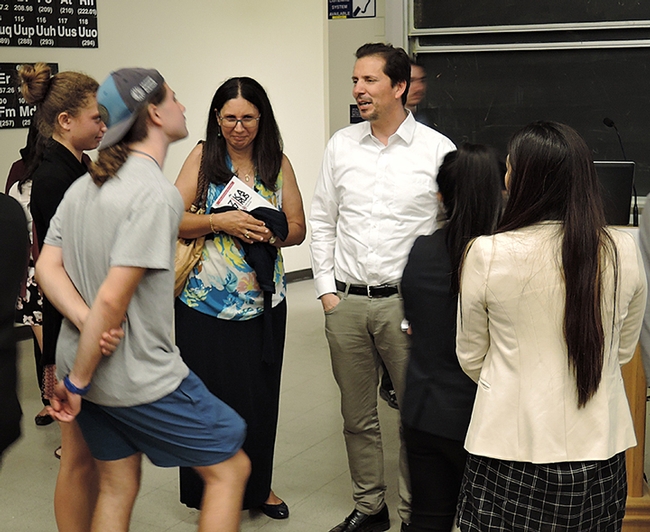 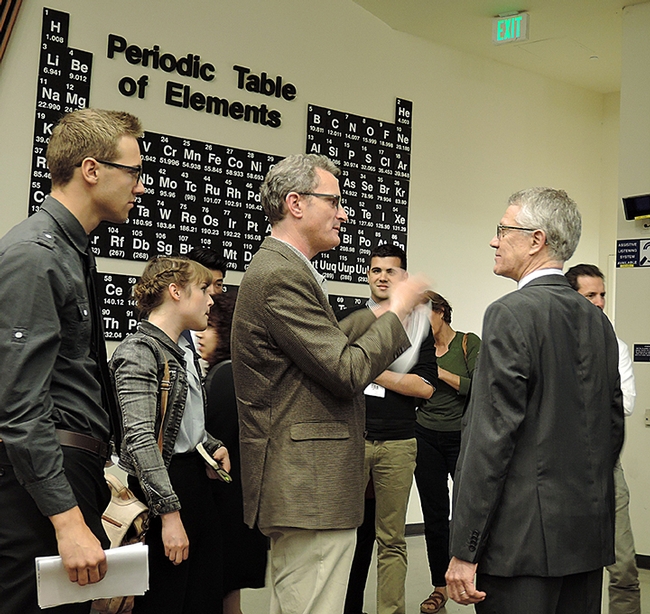 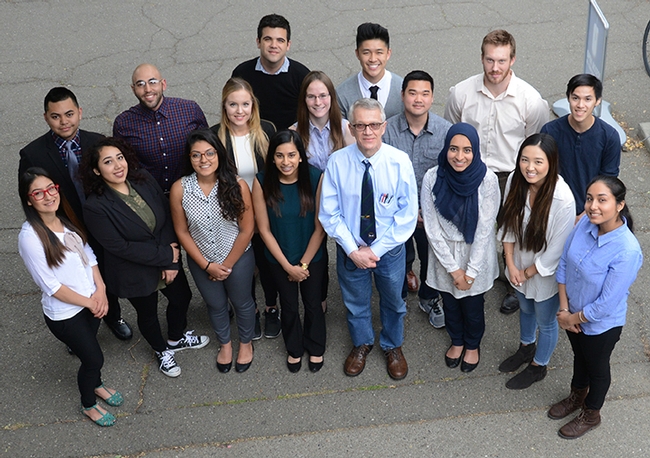