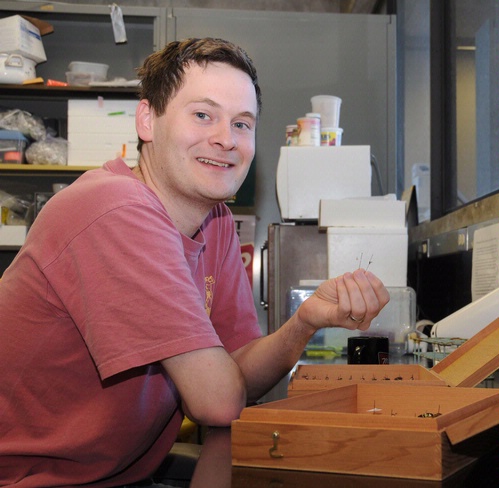 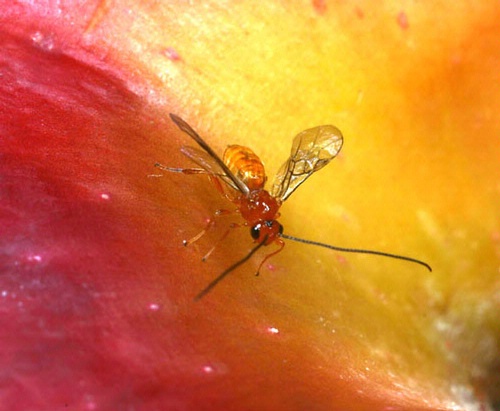 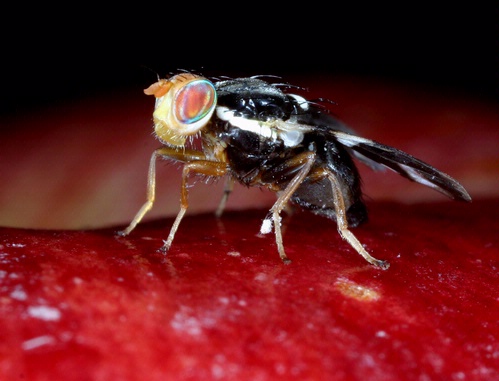 It’s official. University of California, Davis scientists who manage campus biological collections have just received a five-year, $4 million grant to research the biodiversity of fungi, bacteria, plants, insects and vertebrates on the Indonesian island of Sulawesi, a southeast Asian island threatened by the loss of biodiversity in its tropical forests.

The International Cooperative Biodiversity Group Program is funding the grant. This is a  multi-agency program led by the National Institutes of Health with contributions from the U.S. Department of Agriculture, Department of Energy, and the National Science Foundation.

Principal investigator Daniel Potter, a plant systematist at the Agricultural Experiment Station and director of the UC Davis Herbarium,  said “the alarming rate at which biodiversity is being lost in many tropical regions has resulted in an urgent need for such efforts.”

The grant, “Biodiversity Surveys in and Discovery of Health and Energy Solutions,” targets the tropical forests of southeastern , a poorly studied but heavily threatened area, Potter said. “A study of this type requires collaborative research partnerships of unprecedented scope and complexity.”

Biodiversity refers to all living things in a region and to their interactions of with each other and their surroundings.

The results are expected to aid human health, energy needs, and biodiversity conservation.

Co-investigators include UC Davis scientists from the Bohart Museum of Entomology,  UC Davis Herbarium, Museum of Wildlife and Fish Biology,  Plant Pathology, and the Phaff Yeast Culture Collection in the Department of Food Science and Technology.

The project is sorely needed, said entomologist Lynn Kimsey, director of the Bohart Museum of Entomology and chair of the Department of Entomology.  “For biologists, is the biological holy grail,” she said. “It has a rich, extremely diverse and largely unknown insect fauna. This is a fantastic opportunity to work with our Indonesian colleagues taking a novel approach to examining the biodiversity of the island.”

The Bohart houses some seven million specimens from throughout the world and is the seventh largest insect museum in .

Potter described it as an extraordinary opportunity. "When the call for the International Cooperative Biodiversity Group grant proposals came out in the fall of 2007, several of us involved in management of the biological collections here at UC Davis thought this could be an extraordinary opportunity to initiate a project that would include study of organisms in the multiple taxonomic groups (fungi, bacteria, plants, insects, vertebrates) covered by our collections and to engage in international collaborative research with implications for human health, energy needs, and biodiversity conservation.”

Potter said that two other key participants in the project are his former student, Jeanine Pfeiffer, research director for social sciences at the Earthwatch Institute, and Elizabeth Widjaja, research botanist at Herbarium Bogoriense, . Pfeiffer, who received her doctorate in ecology from UC Davis in 2004, has conducted ethnoecological research in for several years.

“Thanks to the excellent hard work of many colleagues at UC Davis, UC Berkeley, UC San Francisco, and three Indonesian institutions, and with the wonderful guidance and assistance of the outstanding Interdisciplinary Research Support group in the Office of Research here at UC Davis, we were able to put together a strong proposal for an ambitious and exciting project," Potter said.

UC Davis is the lead institution from the , and the Indonesian Institute of Science is the lead agency from .

“We will also be forming partnerships with private companies aimed at the commercial development of natural products for pharmaceuticals and energy production,” Potter said. They have also lined up collaborators from several other leading research institutions, including the , .

Potter said the results of the project will make significant contributions to a broad range of issues, including

Numerous scientists at the three Indonesian partner institutions are contributing to all aspects of the project, Potter said. Professor Selena Bartlett, who directs the Preclinical Development Group at the Ernest Gallo Clinic and , UC San Francisco,  is working closely with Bjeldanes on the health screening activities. 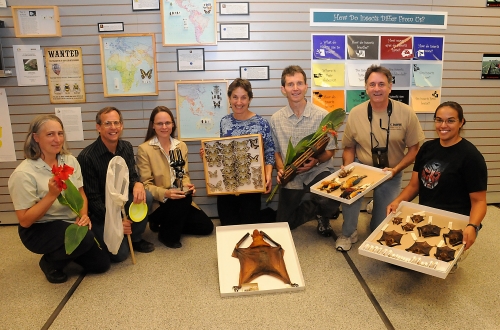 Part of the Indonesian team
OFF TO INDONESIA--This group of UC Davis scientists will be doing research in Indonesia. From left are Ellen Dean, museum scientist, UC Davis Herbarium; Steve Heydon, senior museum scientist, Bohart Museum of Entomology; Kyria Boundy-Mills, curator of the Phaff Yeast Culture Collection in the UC Davis Department of Food Science and Technology; Lynn Kimsey, director of the Bohart Museum of Entomology and chair of the UC Davis Department of Entomology; principal investigator Dan Potter, a plant systematist at the Agricultural Experiment Station and director of the UC Davis Herbarium; and Andrew Engilis Jr., curator of the UC Davis Museum of Wildlife and Fish Biology; and Irene Engilis, collections manager of the Museum of Wildlife and Fish Biology. (Photo by Kathy Keatley Garvey) 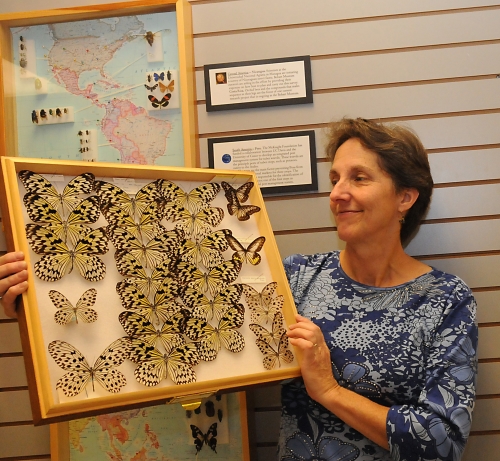