Bug Squad
sitenum=63
Happenings in the insect world
Do You Have 'Cats? 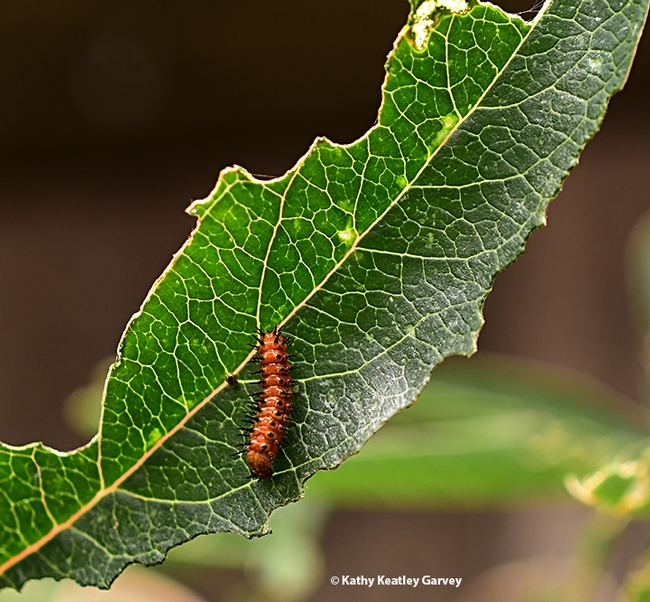 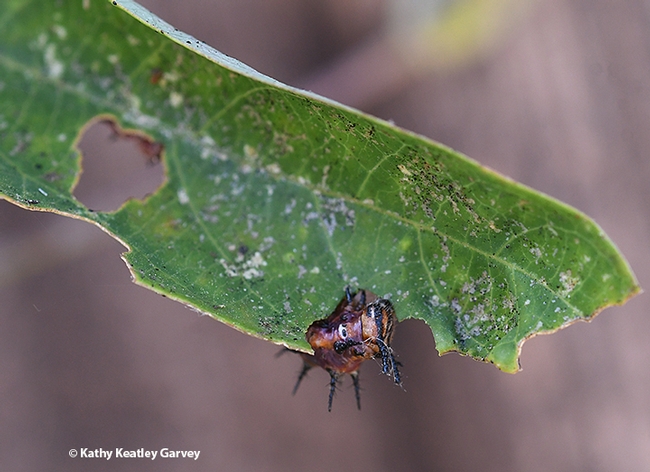 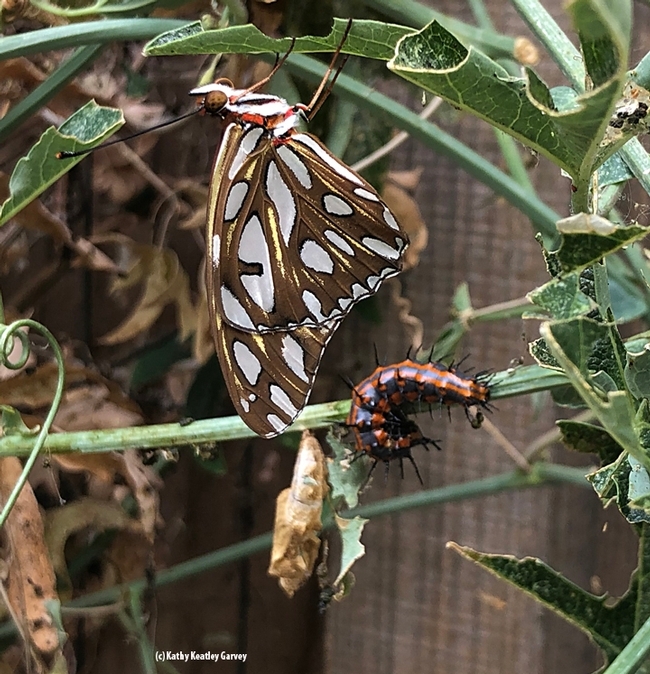 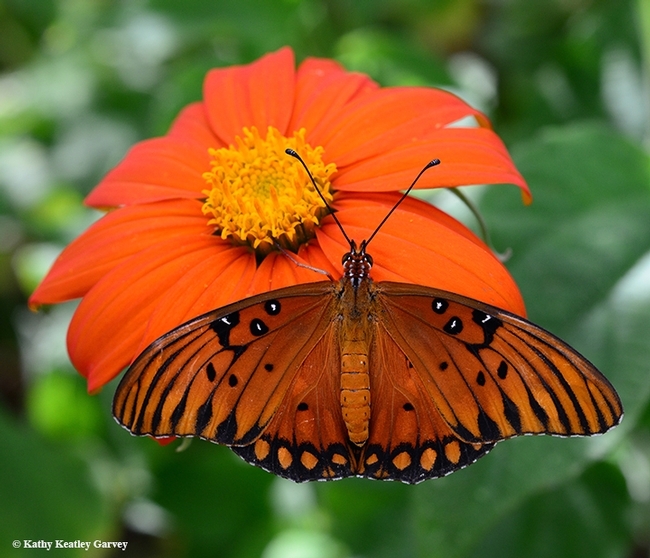 Our catmint is in mint condition.

So is the cat.

The catmint (Nepeta mussinii) is a member of the mint family (Lamiaceae or Labiatae). It's a perennial with two-lipped blue or blue-violet flowers that blooms from spring through fall. It grows so well that it can become invasive.

As soon as the temperature hits 50 degrees, the honey bees are all over it, poking their heads inside the floral caps as if trying on hats.

And the cat, Xena the Warrior Princess, is right there. She likes to sniff, nibble and rub the catmint.

If she were in a catnip (Nepeta cataria) patch--catnip has whitish-pinkish flowers--she would be rolling in it in a crazy euphoric frenzy.

Plant catnip and cats will roll wildly in it. Plant catmint and it's sniff, nibble and rub. 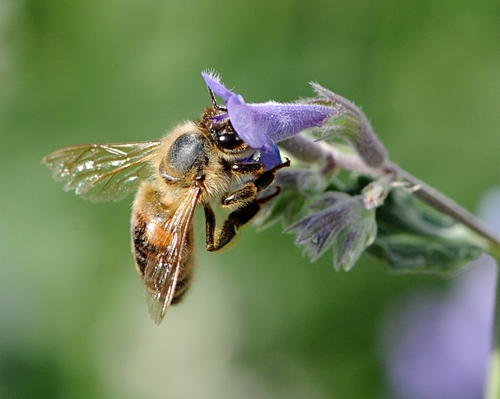 Bee on Catmint
HONEY BEE nectaring catmint, a member of the mint or Lamiaceae family. (Photo by Kathy Keatley Garvey) 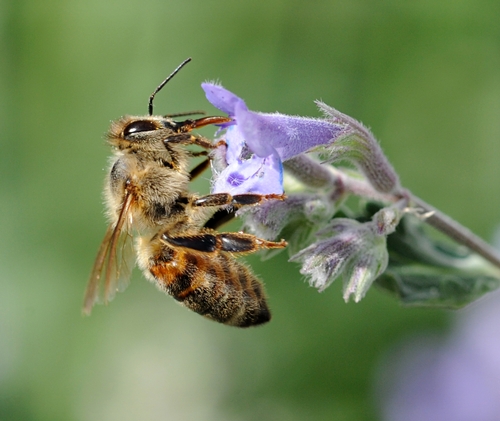 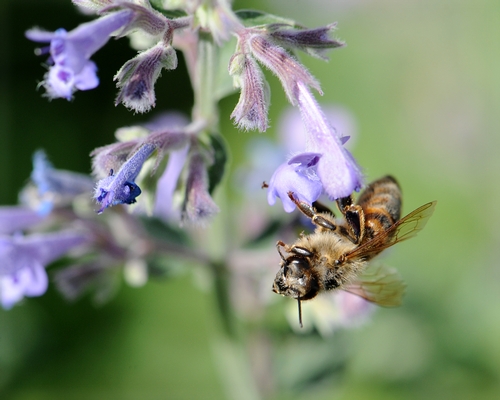 Like an Acrobat
LIKE AN ACROBAT, a honey bee flips to one side, ready for take-off. (Photo by Kathy Keatley Garvey) 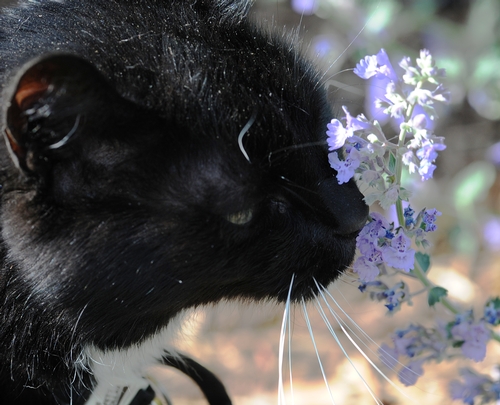