The news is disturbing but not unexpected.

Scientists are linking global climate change to one reason why the worldwide population of bumble bees is declining.

"Knowing whether climate variation most affects bumble bees directly or indirectly will allow us to better predict how bumble bee populations will cope with continued climate change," Ogilivie told the FSU News Service in a press release. "We found that the abundances of all three bumble bee species were mostly affected by indirect effects of climate on flower distribution through a season."

"When researchers think about flower effects on bees, they typically consider floral abundance to be the most important factor, but we found that the distribution of flowers throughout a season was most important for bumble bees,” Ogilivie said. “The more days with good flower availability, the more bees can forage and colonies can grow, and the bigger their populations become. We now have longer flowering seasons because of earlier snowmelt, but floral abundance has not changed overall. This means we have more days in a season with poor flower availability.”

The researchers wrote in their abstract: "Climate change can influence consumer populations both directly, by affecting survival and reproduction, and indirectly, by altering resources. However, little is known about the relative importance of direct and indirect effects, particularly for species important to ecosystem functioning, like pollinators. We used structural equation modelling to test the importance of direct and indirect (via floral resources) climate effects on the interannual abundance of three subalpine bumble bee species. In addition, we used long-term data to examine how climate and floral resources have changed over time. Over 8 years, bee abundances were driven primarily by the indirect effects of climate on the temporal distribution of floral resources. Over 43 years, aspects of floral phenology changed in ways that indicate species-specific effects on bees. Our study suggests that climate-driven alterations in floral resource phenology can play a critical role in governing bee population responses to global change."

Bumble bee expert Robbin Thorp, distinguished emeritus professor of entomology at the University of California, Davis,  long ago sounded the alarm that bumble bees are in trouble. He is the co-author of Bumble Bees of North America: an Identification Guide (Princeton) and California Bees and Blooms: A Guide for Gardeners and Naturalists.

The last bumble bee we saw--the last of the season--was on Sept. 23 at Kate Frey's pollinator garden at the Sonoma Cornerstone, Sonoma. It was a yellow-faced queen bumble bee, Bombus vosnesenskii, nectaring on a spiked floral purple plant, Salvia ‘Indigo Spires' (Salvia farinacea x S. farinacea). The queen had apparently emerged from hibernation to find food on that warm summerlike day.

I knelt to capture some images.

"Oh, it's just a bumble bee," scoffed one tourist, casually sipping a glass of wine. "They're everywhere." 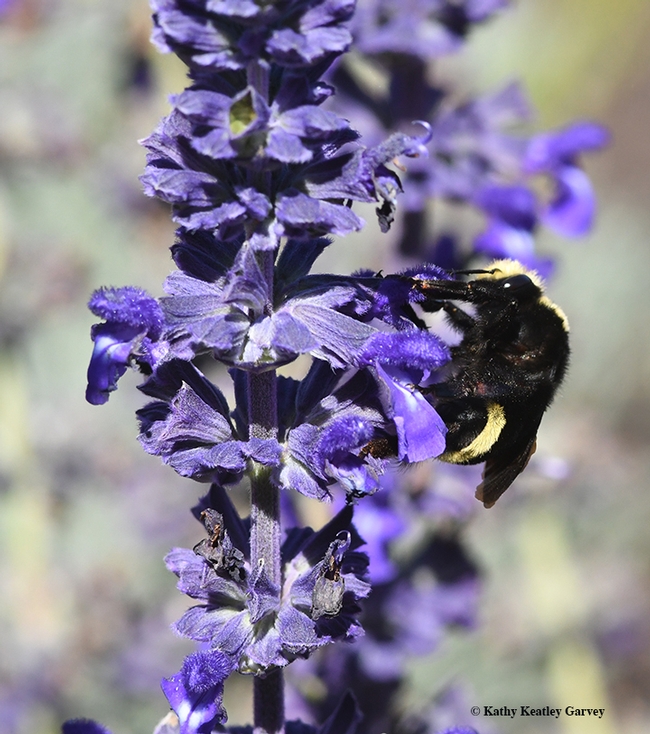 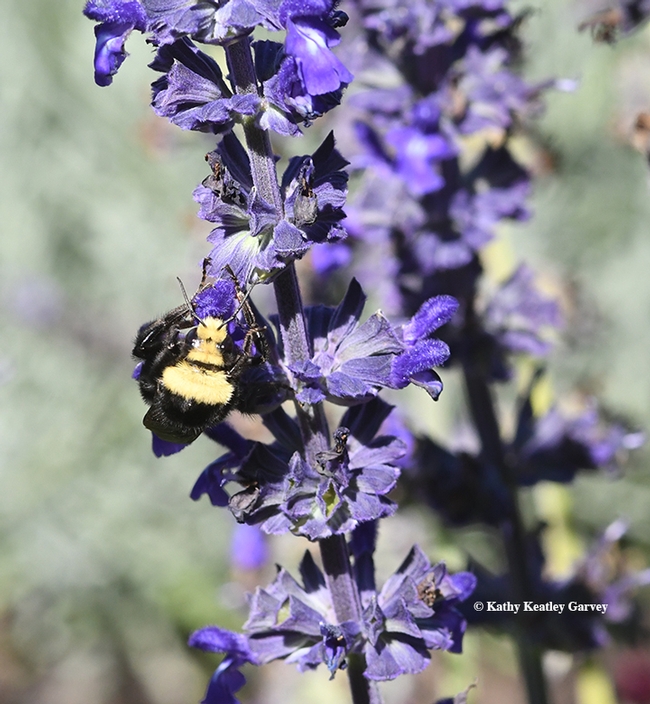 Hungry bumble bee, a queen Bombus vosnesenskii, can't get enough of the nectar from the salvia. (Photo by Kathy Keatley Garvey) 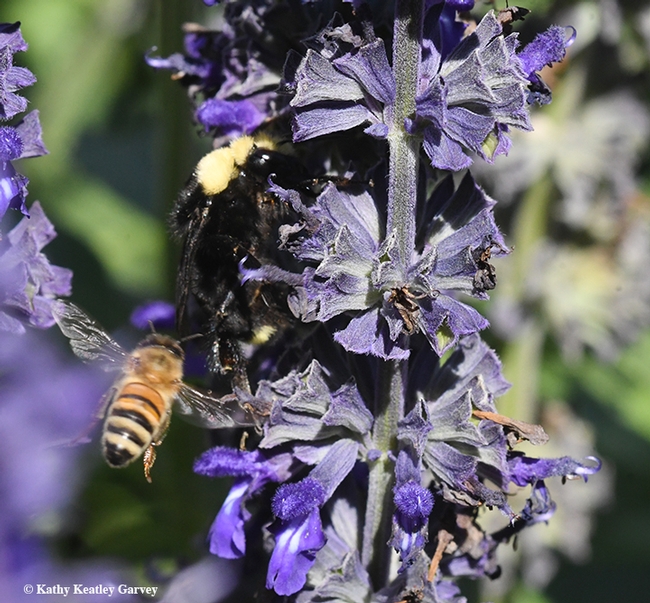 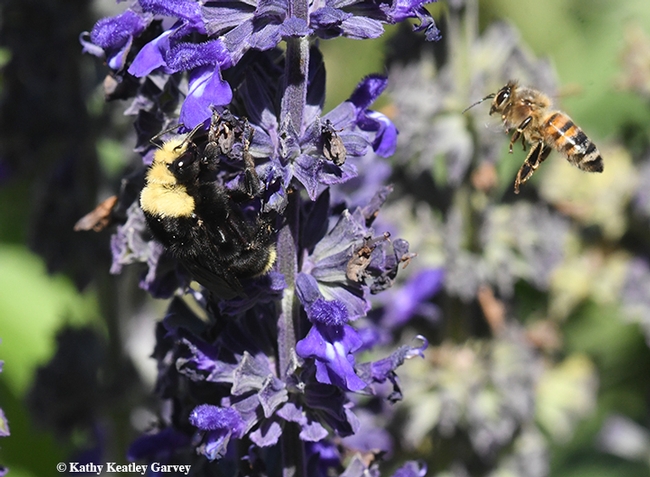