Quick! How long have insects inhabited this earth?

If you're taking a biology or an entomology course, you'll be asked that question on an exam. If you're attending the Entomological Society of America conference Nov. 16-20 in Reno, you probably already know that.

The world's oldest known insect fossil is 400 million years old. according to findings published Feb. 12, 2004 in the journal Nature.

The evidence: jaw fragments measuring less than one two-hundred-fiftieth of an inch across discovered in 1919 in chert (a partly translucent crystalline rock) in Rhynie, Scotland. Shortly after that, scientists moved the fragments to a drawer in the Natural History Museum in London.

Under high magnification, the miniscule fragments show sockets that form part of a "hingelike mechanism that clearly identifies them as mouth parts of a true insect," the New York Times wrote.

Scientists David Grimaldi, a curator of entomology at the American Museum of Natural History, New York, and Michael S. Engel, a paleoentomologist at the University of Kansas, said that when they first discovered the age of the fossil fragment they looked at each other and said "Holy moly! 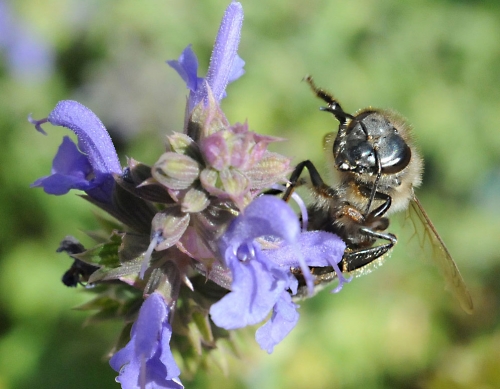