A beautiful green lacewing, family Chrysopidae, resting on a yellow Iceland poppy in our bee garden. It literally glowed. Nice to have it land there instead of on a green leaf; otherwise, we may never have noticed it.

Lacewings are the good guys and girls. The predaceous ones prey on pests such as aphids and other tiny insects. But some lacewings are "vegetarians" that feed on nectar, honeydew and pollen.

"Green lacewings are generalist predators and are commonly found in agricultural, landscape, and garden habitats," according to the UC Statewide Integrated Pest Management Program website. "Adult green lacewings are soft-bodied insects with four membranous wings, golden eyes, and green bodies. Adults often fly at night and are seen when drawn to lights."

This one visited our garden in the late afternoon.  Maybe we'll see it again on St. Patrick's Day...a good time for "wearing 'o the green." 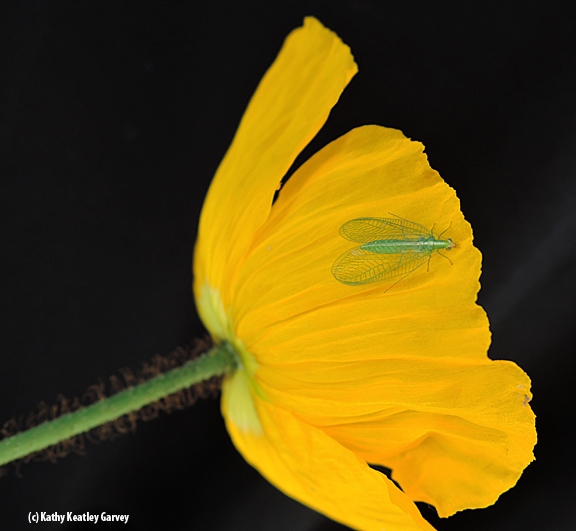 A green lacewing lands on an Iceland poppy. (Photo by Kathy Keatley Garvey) 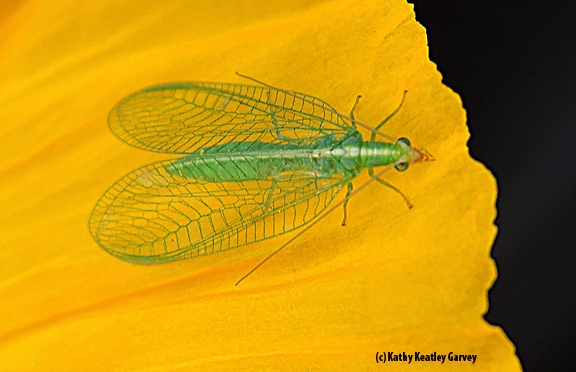 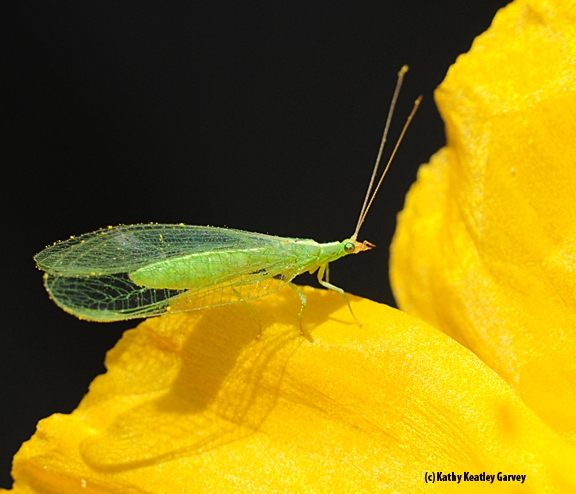 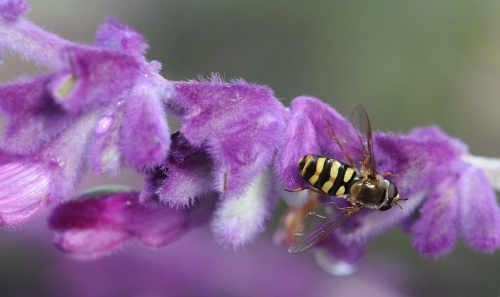 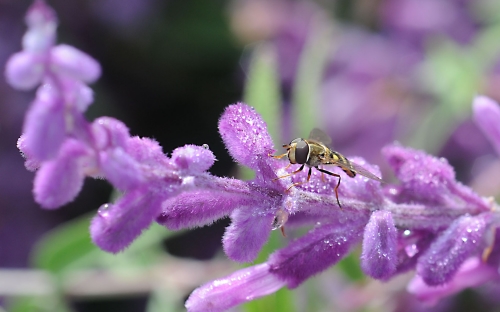