Appropriately dressed participants at the 2014 "UC Davis Wears Red" Day. (Photo by Kathy Keatley Garvey)
Forget about getting the red out.

It's time to get the red in.

And if you're a red lady beetle, aka ladybug, you need not worry.  Ditto for the gentlemen lady beetles. You're good to go.

The second annual "UC Davis Wears Red Day," an educational effort to spread awareness about heart disease, takes place Friday, Feb. 6, when everyone--that is, everyone--is invited to Hutchison Field from 11 a.m. to 1 p.m., to get the red in.

Last year some 2,500 people — students, staff, faculty and area residents — grouped for a photo. Some held red umbrellas to ward off the drizzle.

Officials said the 2015 event will feature a Battle Heart Disease Fair.  Visitors are invited to learn about heart disease at the information booths. The group Zumba will entertain for 15 minutes, starting at 11:30 a.m..Dining Services will offer snacks--healthy snacks--and beverages at a discount.

To ensure folks have red to wear, all UC Davis Stores will be selling t-shirts in advance. The good news is that $2 from every sale will benefit the cardiovascular medicine program.

And the other good news is: lady beetles need not worry about what to wear. 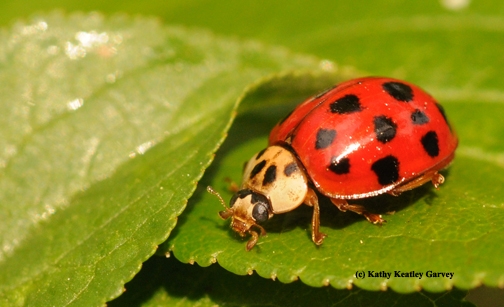 It's about raising awareness for heart disease, the No. 1 killer of both men and women. It's a battle we need to fight with an arsenal of weapons.

Spearheading the campuswide initiative is Chancellor Linda Katehi, partnering with Dr. Amparo Villablanca, director of the UC Davis Women's Cardiovascular Medicine Program, and Adele Zhang, curator of the UC Davis Design Museum. For the occasion, the UC Davis Bookstore is selling specially designed t-shirts. Red, of course. With a heart, of course.

A highlight of the events-crowded day will be an attempt to break the Guinness Book of World Record for the largest heart formation. The current record: 11,166, set Feb. 27, 2010 in Nuevo León, Mexico.

So UC Davis is inviting everyone, everyone everywhere, to wear red and gather at 11:30 a.m. on Hutchison Intramural Field, rain or shine.  The photo will be taken at 12:30.

It's unlikely that insects, the key subject of this blog, will be a part of the red heart formation, but hey, some insects are red, some are red-eyed and some occasionally wear red.

The lady beetle, aka ladybug (family Coccinellidae, is probably the most recognizable red of our insects.

Some flies have prominent red eyes, including the flesh fly from the family Sarcophagidae.

Frankly, we think it might rain during the heart formation, but as the UC Davis officials say: “Heart disease doesn't stop for rain and neither do we!" 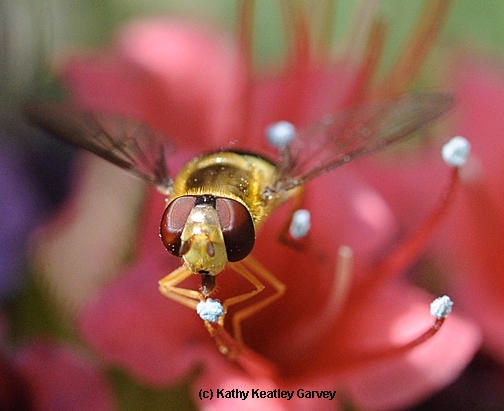 A syrphid fly, aka flower fly or hover fly, sipping nectar from a tower of jewels. (Photo by Kathy Keatley Garvey) 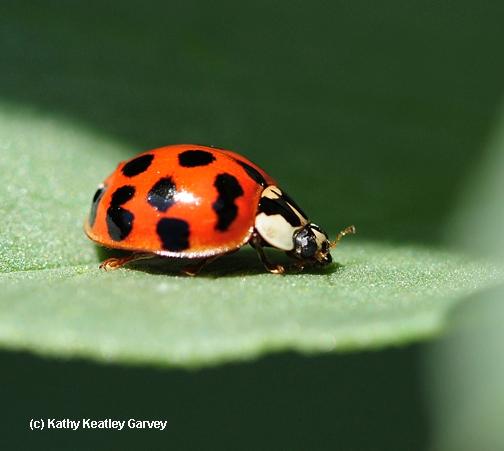 A lady beetle, aka lady bug, is a "lady in red." (Photo by Kathy Keatley) 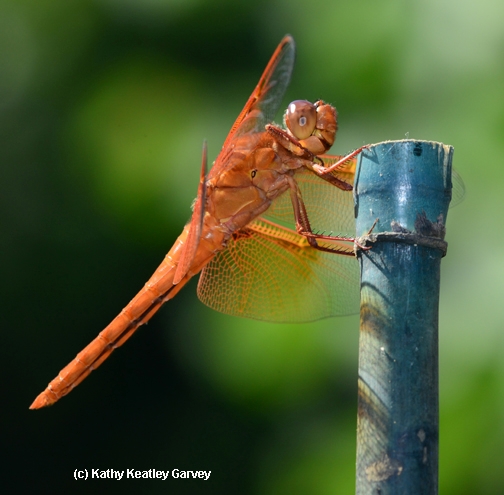 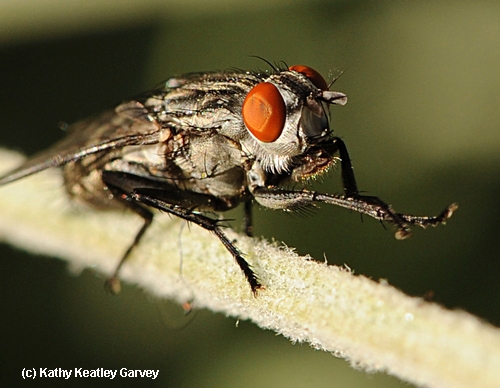 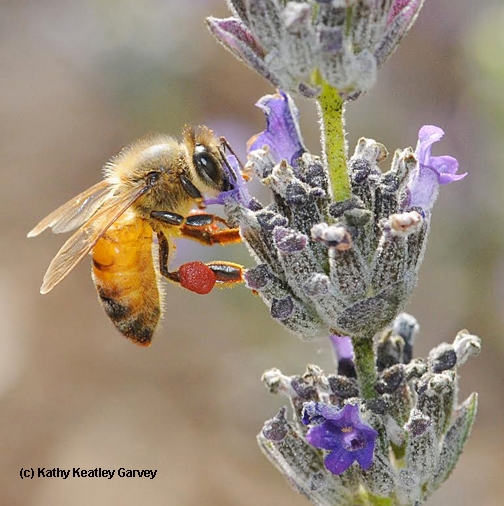