If you have a passionflower vine (Passiflora) in your yard, you've probably seen these spectacular orangish-reddish butterflies with silver-spangled underwings fluttering around--the males patrolling for females, the mating, the females laying eggs, the caterpillars hatching from the eggs, and the caterpillars munching and crunching until their last instar.  Then you'll see them forming chrysalids, and butterflies eclosing.

That came to mind the other day when two passersby saw a dozen or so Gulf Frits heading into our yard.

"Look at all the butterflies!" one exclaimed. "I wonder what's attracting them."

"I don't know," the other said. "They must have a butterfly bush, maybe?"

Well, what's attracting them is the Passiflora, the host plant of the Gulf Frits. It's a congregation without a church. It's a gathering without a sermon. It's Nature at its finest. The Gulf Frits, aka "passion butterflies," lay their eggs only on the passionflower vine--mostly on the tendrils or leaves. The caterpillars will eat only Passiflora. The adults? They'll nectar on such plants as the butterfly bush, Mexican sunflower and lantana but will stay close to the Passiflora for mating and egg-laying.

If you're lucky, you'll see the entire life cycle--from egg to caterpillar to chrysalis to adult.

If you're really lucky, you'll see the tiny yellow eggs, which are about the size of the period at the end of this sentence. The yellow eggs turn from orange to rust, the color of the caterpillar inside.

The butterfly, found in many parts of the world, is a relatively newcomer to California. It was documented in Southern California, in the San Diego area, in the 1870s, according to butterfly guru Art Shapiro, distinguished professor of evolution and ecology at UC Davis. “It spread through Southern California in urban settings and was first recorded in the Bay Area about 1908. It became a persistent breeding resident in the East and South Bay in the 1950s and has been there since.”

Today I explored the unseen and intricate world of Gulf Frits in our Vacaville (Solano County) backyard, managing to capture a few images. Then the unexpected happened. For the first time in the five years we've been rearing Gulf Frits, one landed on me! Apparently mistaking me for a plant, she touched down on my green t-shirt (which probably carried the scent of the passionflower vine). She was all set to lay an egg until....two males approached. Startled and a bit rattled--hey, I'm laying an egg here, leave me alone!--off she flew.

This time she vanished inside the depths of the passionflower vine.

With any luck, she'll do just fine in this congregation without a church, in this gathering without a sermon. She'll provide another generation that resembles the striking colors of those stained glass windows in a religious sanctuary. 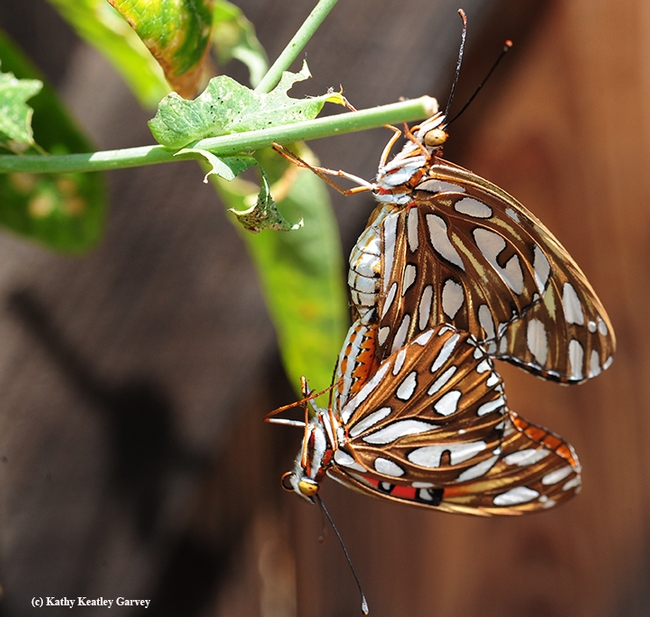 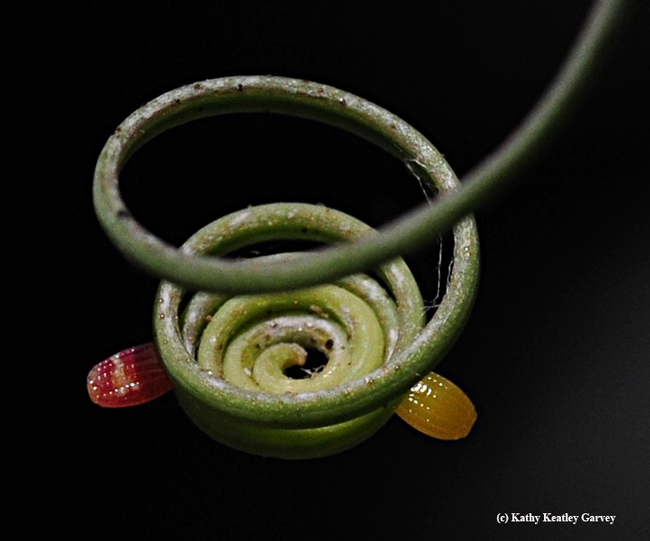 A newly laid Gulf Frit egg (on right) and an older Gulf Frit egg on the left. The egg is about the size of the period at the end of this sentence. (Photo by Kathy Keatley Garvey) 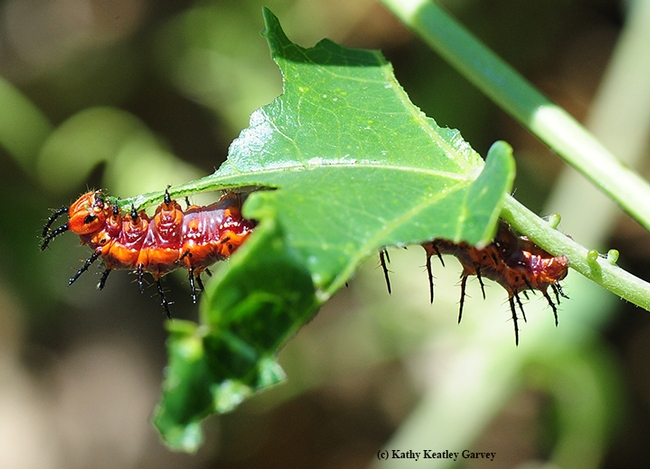 A hungry caterpillar getting its fill of passionflower vine, Passiflora. (Photo by Kathy Keatley Garvey) 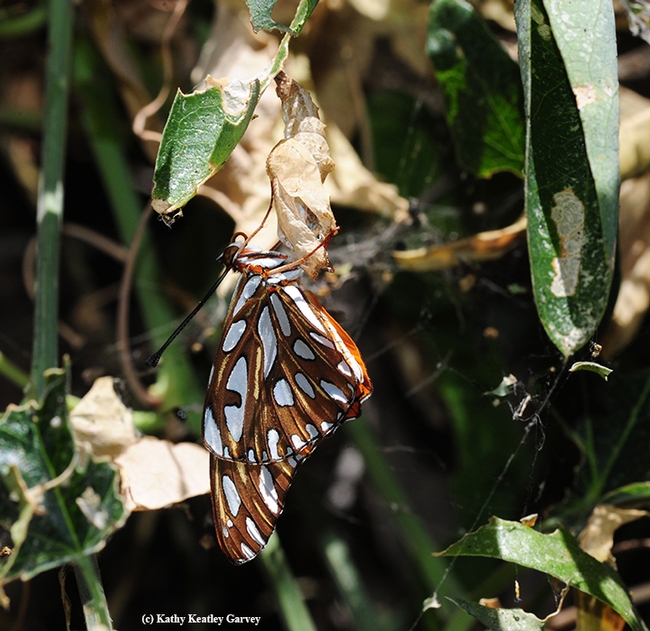 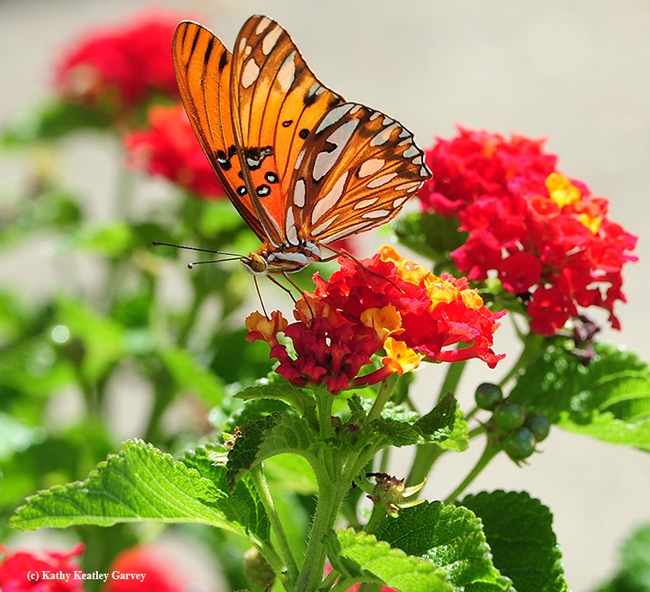 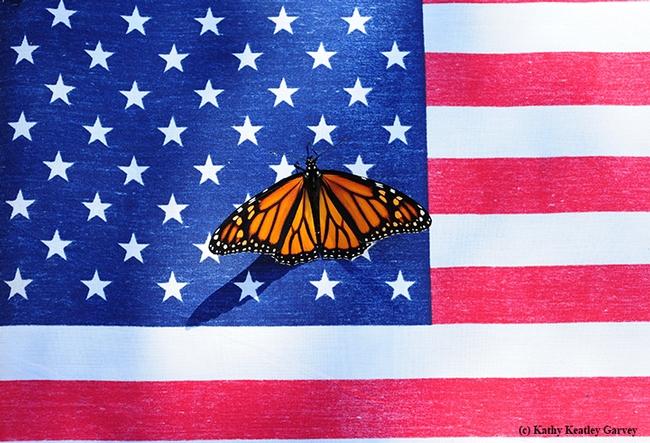