This male alfalfa butterfly--the gender identified by noted butterfly expert Art Shapiro, professor of evolution and ecology at UC Davis--bumbled into our pool early one morning. Not sure why it fell into the pool. It spiraled over the catmint, fluttered over the pool, and then dropped into the water. Not very gracefully, either.

We netted it and placed it on a flowering artichoke so it could rest a bit and dry its wings.

The alfalfa butterfly, Colias eurytheme (common name "orange sulphur" or "alfalfa butterfly") is a significant pest of alfalfa, Shapiro says on his website, Art's Butterfly World. It "overwinters as a larva almost entirely in annual vetch at low altitudes, and colonizes alfalfa only as the vetch senesces in May-June. Aside from alfalfa and annual vetches, it also breeds on a variety of clovers and sweet clovers and occasionally on lupines."

"An oddity of sulphurs is that their orange and yellow pteridine pigments are water-soluble," Shapiro told us today. "Had it remained in the water long enough, its scales would have been leached to translucency."

And, he pointed out, "Colias that sit out in the alfalfa during overhead irrigation regularly get water-spotted."

This one not only survived but so did its colors. 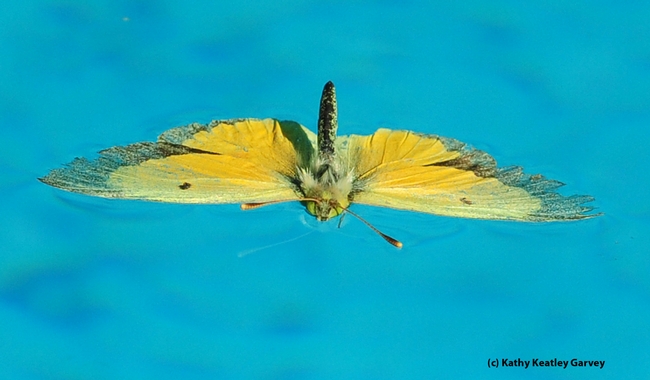 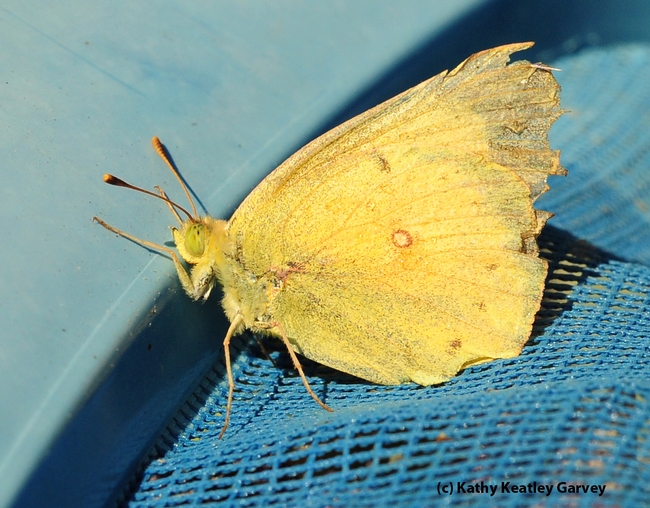 Fished out of the pool, the alfalfa butterfly rests on the net. (Photo by Kathy Keatley Garvey) 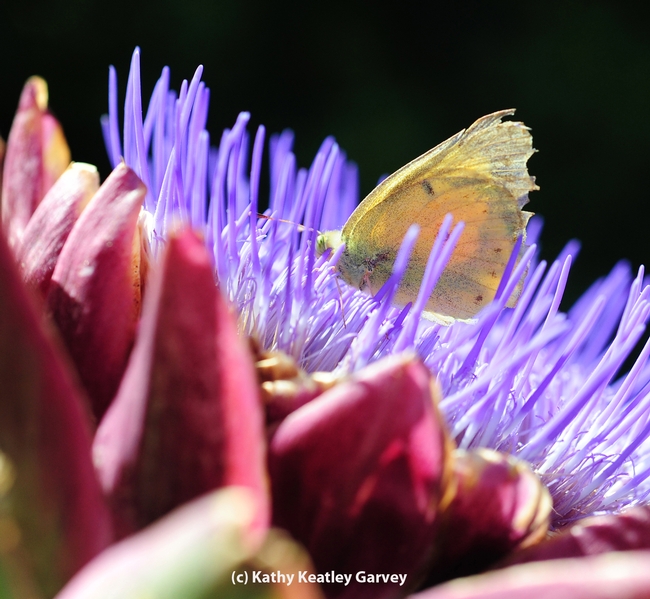 Mellow yellow! The butterflies are back!

Butterfly expert Art Shapiro, professor of evolution and ecology at UC Davis, identified it as a male orange sulphur (Colias eurythme) "and of the late-spring phenotype."

The orange sulphur butterfly, also known as "the alfalfa butterfly,"  often reaches "very high densities in alfalfa fields in midsummer to autumn," Shapiro says.  When the alfalfa is cut, it "may emigrate en masse, even flooding into cities. This is also our most variable butterfly, seasonally and individually."

Its presence on Bee Biology Road, west of the central campus, probably had something to do with the unseasonable warm weather--or that enticing-- oh, so enticing--bee friendly garden.

It's friendly to other pollinators, too!

Shapiro's the professor who sponsors the "beer for butterfly" competition; for 40 years he has issued a call for the first cabbage white butterfly of the year in Yolo, Solano or Sacramento. (He usually wins; he collected the first one of 2011 in Suisun City, Solano County, on Jan. 31.)

Perhaps Professor Shapiro should sponsor a "wine for a butterfly" contest:  the first orange sulphur butterfly of the year photographed in the garden receives a....drum roll...bottle of wine. Or, maybe the first to find a yellow-faced bumble bee in the haven could receive...ahem...a jar of honey. And Kool-Aid for the first cuckoo bee!

No matter, it's a treat to find such a glorious butterfly--and so early in the year. 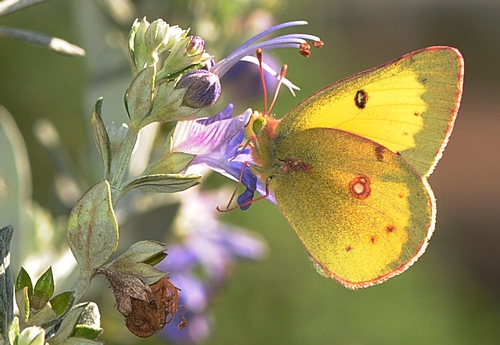 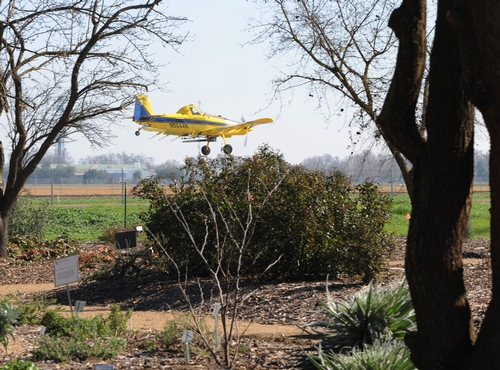