It's Thanksgiving Day and time to give thanks for NOT what we WANT, but what we HAVE.

And, not for what we OWN, but what we CANNOT.

On the morning of Nov. 12, we traveled to the Sonoma Cornerstone, Sonoma, to check the plants and pollinators in Kate Frey's amazing pollinator garden. Kate Frey, co-author of The Bee-Friendly Garden" (with UC San Francisco professor Gretchen LeBuhn), is a world-class garden designer and pollinator advocate.

Flashback to Sept. 23, the last time we visited the Frey garden. We noticed monarch butterflies, painted ladies, honey bees and--one bumble bee, a hungry queen Bombus vosnesenskii, newly emerged from winter hibernation to grab something to eat. Sometimes on warm sunny days, the queens will disrupt their hibernation to search for nectar. They. Are. Hungry.

And then we saw her, The Queen. The Queen. Resplendent in gold and black, she buzzed loudly toward the spiked floral purple plant, Salvia indigo spires (Salvia farinacea x S. farinacea). Honey bees quickly moved out of her way as she claimed the nectar, all of it. Her wings glowed in the sunlight and her buzz seemed loud enough to break the sound barrier.

Is there anything more bee-utiful?

One bumble bee. One queen. A royal moment. 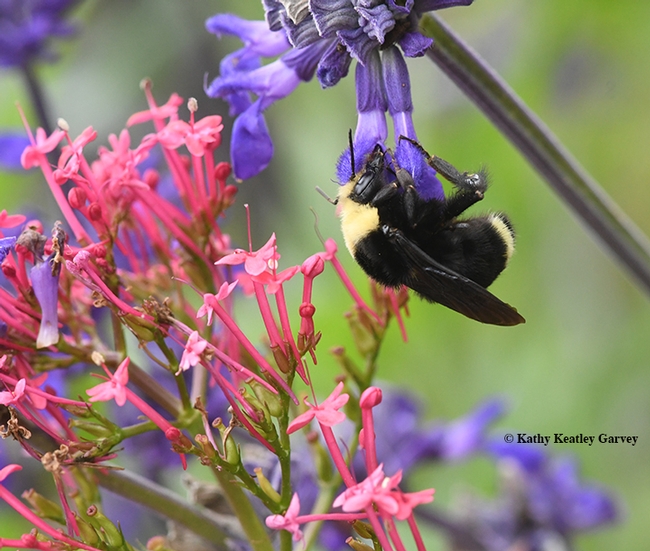 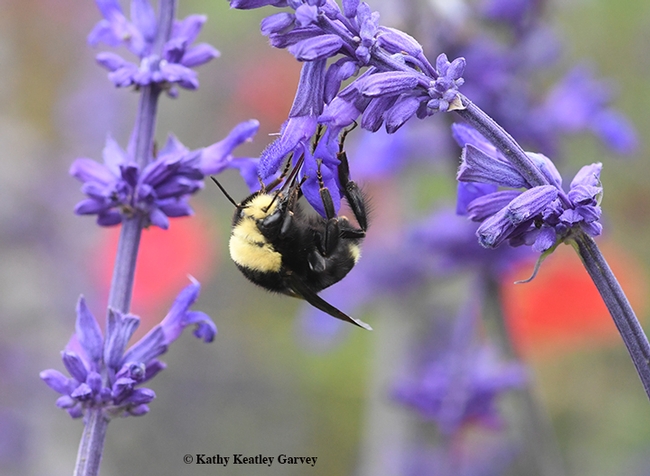 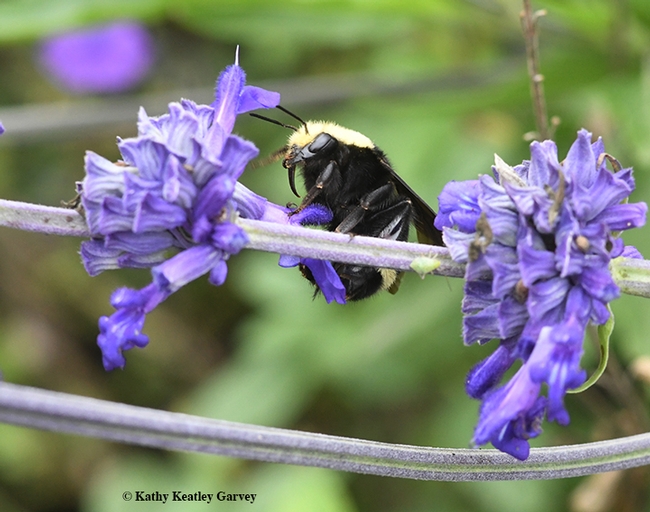 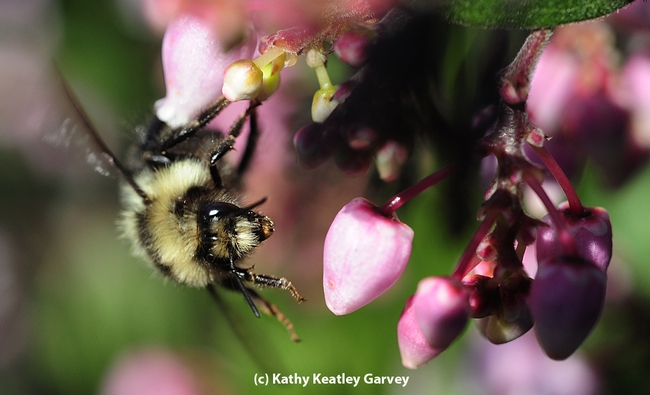 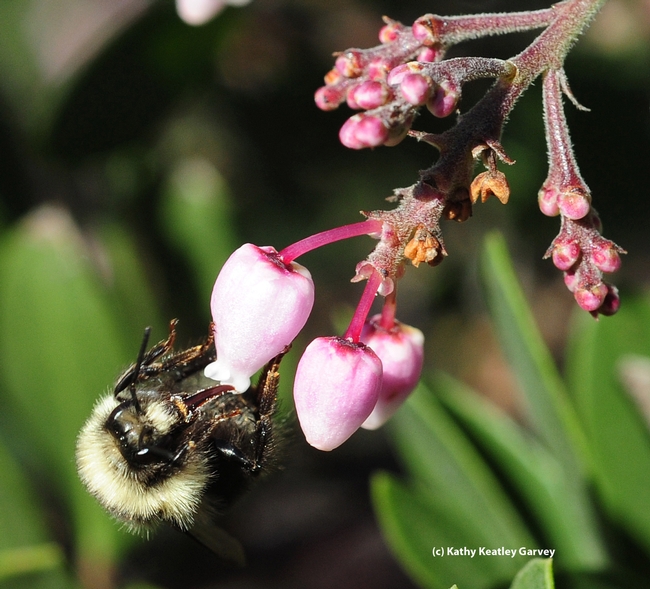 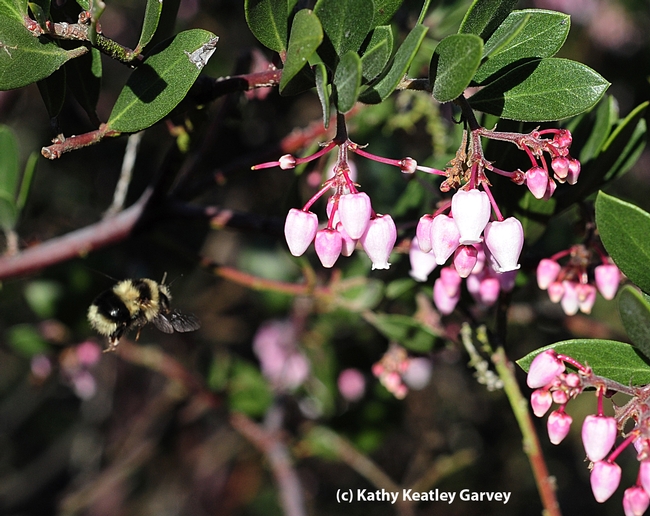