From toe biters to flame skimmers...

That's what visitors will see on "Aquatic Insect Day" on Sunday, March 24 at the Bohart Museum of Entomology, University of California, Davis.

Toe biters (giant water bugs) and flame skimmers (dragonflies) are just some some of the aquatic insects to be featured at the open house from 1 to 4 p.m. in Room 1124 Academic Surge, Crocker Lane.  The event is free and open to the public.

The toe biters belong to the Belostomatidae family of insects in the order Hemiptera. The largest insects in the order, they are found in freshwater streams and ponds throughout much of the world. In some Asian countries, the giant water bugs are considered a delicacy. The Belostomatids are unique in that the female lays her eggs on the back or wings of a male; the male carries the eggs until they hatch.

The flame skimmers belong to the family Libellulidae and are native to western North America. The red flame skimmer (Libellula saturata) is common in California. The immature flame skimmers or nymphs inhabit warm ponds and streams and feed on the larvae of mosquitoes, aquatic flies and mayflies, as well as on freshwater shrimp, small fish, and tadpoles. You'll often see the adults gliding through the air, catching moths, syrphid flies and bees.

Visitors can hold such live insects as Madagascar hissing cockroaches and walking sticks, and buy gifts at the gift shop, which is filled with t-shirts, jewelry, insect nets, posters and books, including the newly published children’s book about the California dogface butterfly, the state insect. The 35-page book, “The Story of the Dogface Butterfly,” written by  UC Davis doctoral candidate Fran Keller and illustrated (watercolor and ink) by Laine Bauer, a 2012 graduate of UC Davis is geared toward kindergarteners through sixth graders. Naturalist Greg Kareofelas of Davis, a volunteer at the Bohart, provided photos.

Net proceeds from the sale of this book go directly to the education, outreach and research programs of the Bohart Museum. The book also can be ordered online at http://www.bohartmuseum.com/the-story-of-the-dogface-butterfly.html.

The remainder of the open houses for the academic year: 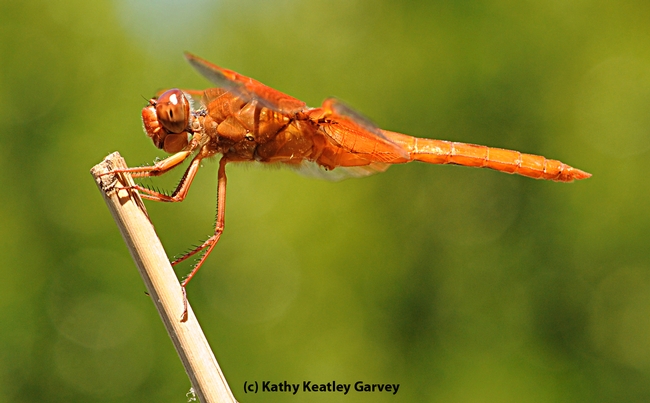 Gotta love those dragonflies in the family Libellulidae.

The Thunderbirds of the insect world, they perform amazing aerial maneuvers as they skim over water, catching mosquitoes, knats, flies and other undesirables on the wing.

But oh--occasionally they nail a pollinator.

A red flame skimmer (Libellula saturata) skimmed over our fish pond and pool last Saturday and picked on the pollinators. Well, at least one pollinator.

Yes, they can even identify a mangled sweat bee in the mouth of a dragonfly.

And no sweat bee. 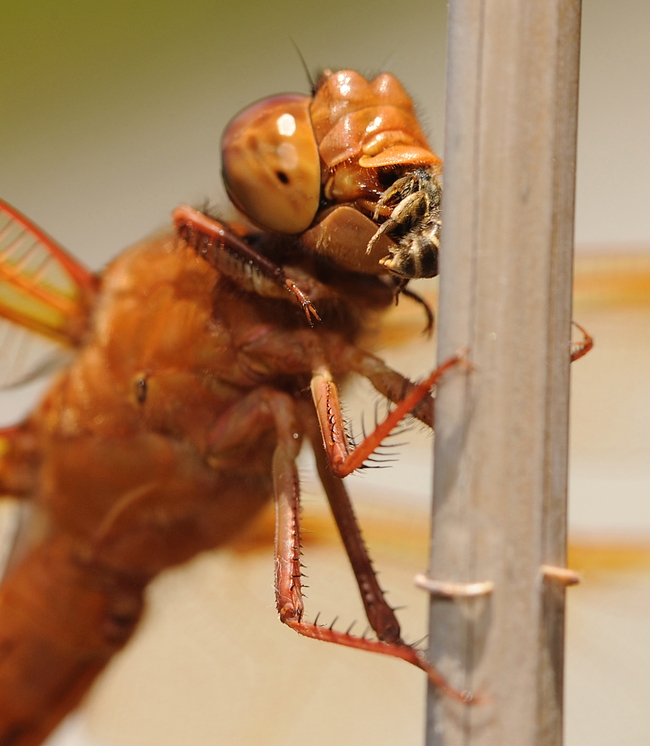 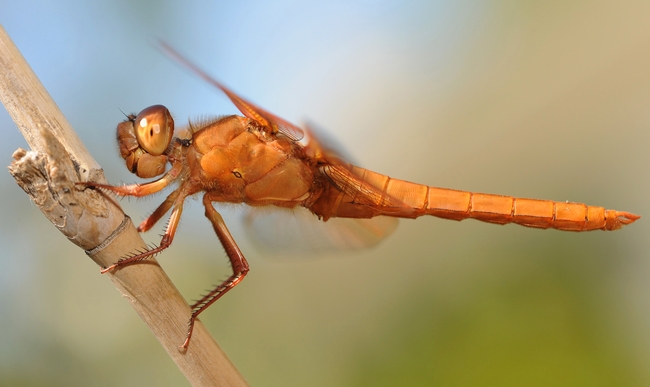