When it comes to the best of the industrial-strength shredding machines, they're it.

The nymphs have been feeding our Iceland poppies, chewing incredible holes in petal after petal, and then looking around for more. They leave behind what looks like shredded cabbage.

But if you catch them early in the morning with the sun lighting them up, they're kind of beautiful with their thin, angular legs; antennae longer than their bodies; and beady looking eyes fixated at you. The nymphs can't fly, so when disturbed, they merely hop away, camouflaged in the vegetation.

"Katydids occasionally become damaging pests in orchards where broad-spectrum pesticides were not applied or are under minimum tillage programs," according to the UC Statewide Integrated Pest Management Program's Pest Note on Katydids. "High numbers of these pests may occur near raisin and wine grape vineyards, where the do no damage to the fruit."

"Nymphs feed on leaves or fruit early in the spring as they climb from the ground to the tree. Katydid nymphs tend to take one bite out of a fruit before moving on to another feeding site. Hence, a few katydids may damage a large number of fruit in a short time. Feeding wounds heal over and enlarge into corky patches as the fruit expands. The most serious damage occurs when katydids feed on young fruit, which become severely distorted as they develop. Nymphs and adults also chew holes in foliage. Smaller nymphs feed in the middle of the leaf, creating small holes, whereas larger nymphs and adults feed on the leaf edge."

Meanwhile, those katydid nymphs continue to frequent our Iceland poppies.  Other dinner guests--uninvited--are showing up, too.   Let's make a hole in one! (Or two, or three!) Let's eat! Let's shred! 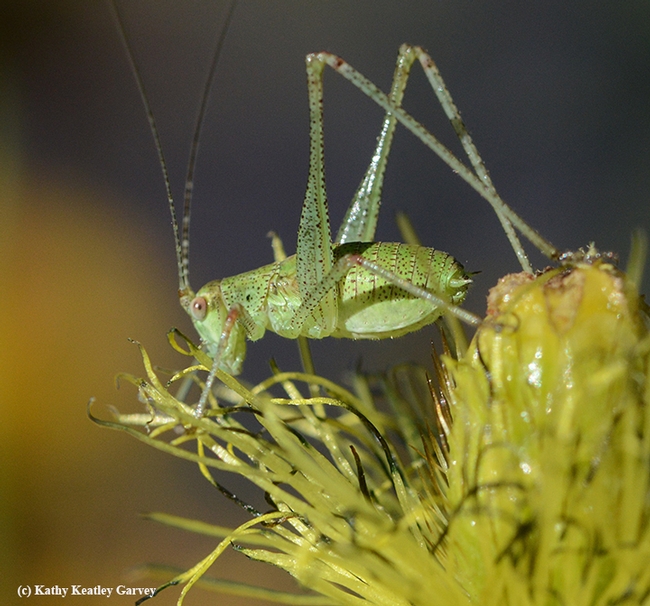 Close-up of a katydid nymph on an Iceland poppy. (Photo by Kathy Keatley Garvey) 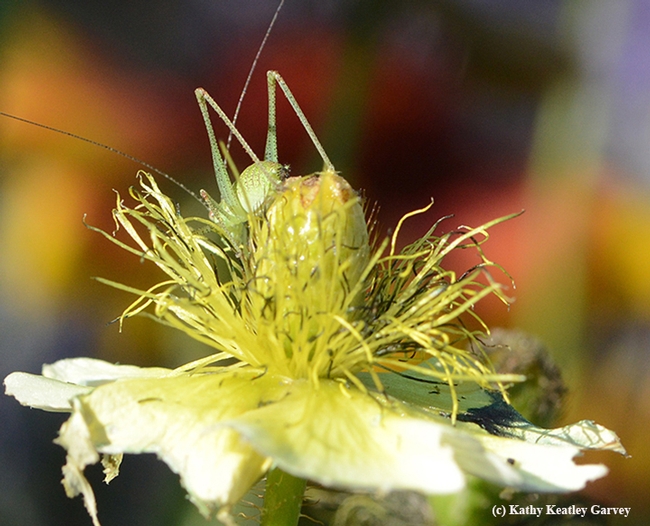 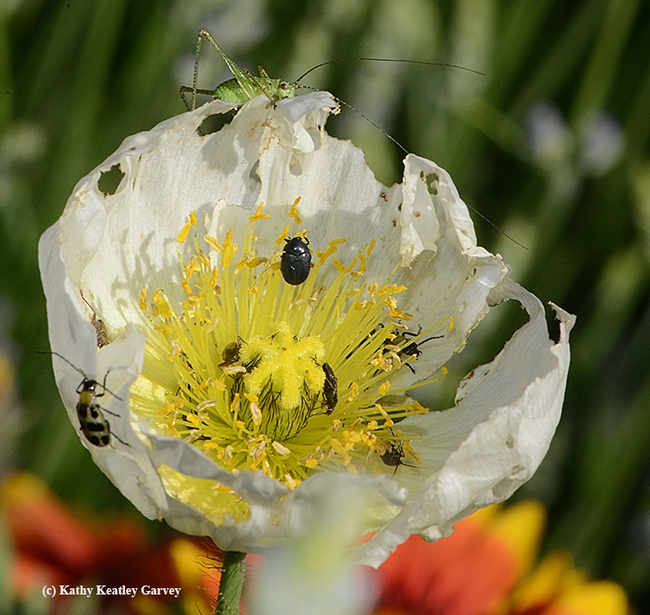