Cover of Discover
DAVIS--Groundbreaking neuropathic pain research emanating from the Bruce Hammock lab at the University of California, Davis, has made Discover magazine's Top 100 Science Stories of 2015 and ranks among the Top 15 in the Medicine/Genetics category. .

Hammock, a distinguished professor who holds a joint appointment with the UC Davis Department of Entomology and Nematology and the UC Davis Comprehensive Cancer Center, just received a copy of the magazine listing the research as No. 76. The space exploration of Pluto made No. 1. The top stories encompassed space exploration, medicine, technology, paleontology and the environment.

The UC Davis research was singled out for “Endoplasmic Reticulum Stress in the Peripheral Nervous System is a Significant Driver of Neuropathic Pain,” published in July 2015 in the Proceedings of the National Academy of Sciences.  (See UC Davis news story)

Lead researchers Bora Inceoglu of the Hammock lab UC Davis Department of Entomology and Nematology/UC Davis Comprehensive Cancer Center, and Ahmed Bettaieb, then of the Fawaz Haj lab, Department of Nutrition, pinpointed the key mechanism that causes neuropathic pain--a complex, chronic and difficult-to-treat pain caused by nerve injuries from trauma or from such diseases as diabetes, shingles, multiple sclerosis and stroke.

They found that a biological process, termed endoplasmic reticulum stress or ER stress, is the significant driver of neuropathic pain. The research is expected to ignite the discovery of a new generation of therapeutics, paving the way for more efficient and effective ways to alleviate neuropathic pain.

Discover magazine headlined its story on the UC Davis research: “A Key Piece of the Pain Puzzle Is Solved.” Writer Heather Stringer quoted Hammock as saying: “Medications have historically focused on turning down the nerve response to pain, but now we've found one way to block the stress signal that generates the pain.

Ahmed Bettaieb
“Most of us probably take for granted that physical pain—whether it be from a sports injury, a kidney stone or appendicitis—can be attributed to some form of inflammation and that it will end,” Stringer wrote.

“Neuropathic pain, however, affords its sufferers no such luxuries,” Stringer pointed out. “It's chronic and unrelenting, and its cause is unknown, making treatment difficult. It turns out that neuropathic pain is triggered when the body experiences endoplasmic reticulum (ER) stress, a condition in which the production and transport of protein exceeds the cells' capacities, say researchers from the University of California, Davis. Because diabetics are at high risk of having neuropathic pain, the team studied diabetic rats that had neuropathic symptoms: hypersensitivity to touch and lack of heat sensation. And the rats' nerve cells showed clear signs of ER stress.”

“When the researchers treated the rats with a compound that blocks ER stress, the pain symptoms disappeared. Conversely, healthy rats developed neuropathy when they received chemicals that induce the stress response.”

The UC Davis research was earlier recommended for F1000 (Faculty 1000), a continually updated collection of more than 145,000 recommendations of top articles in biology and medicine.

The research is the work of a six-member research team: Inceoglu, Bettaieb, Haj, and Hammock, as well as K.S. Lee and Carlos Trindade da Silva, both of the Department of Entomology and Nematology and UC Davis Comprehensive Cancer Center. 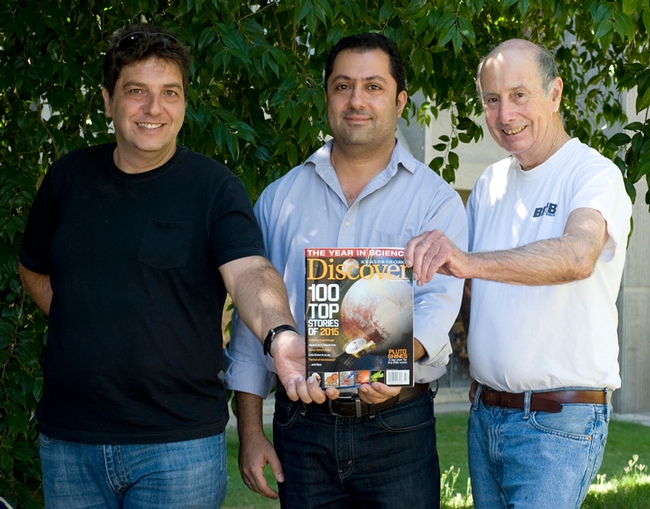