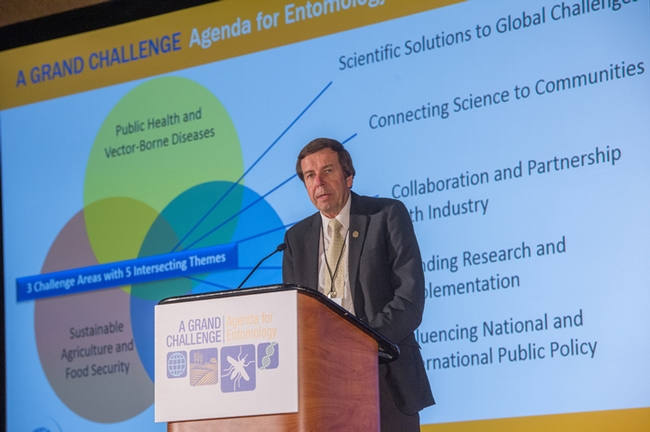 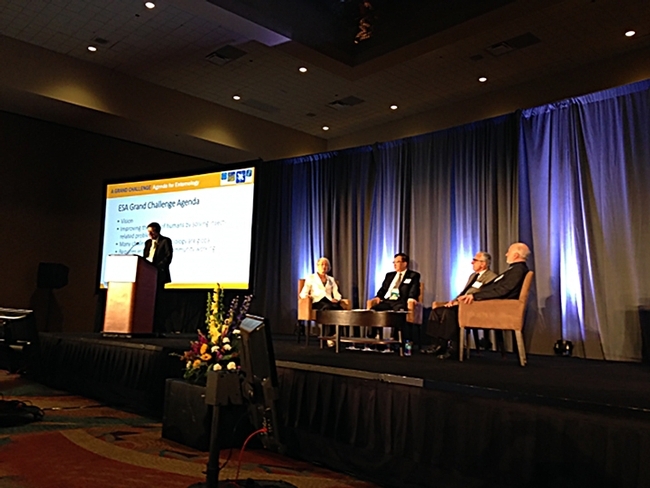 Co-chair Frank Zalom discusses the grand challenges. Seated on stage are the other co-chairs of the International Entomology Leadership Summit.
Tags: Alvin Simmons (4), Entomological Society of America (53), ESA (15), Frank Zalom (39), ICE 2016 (1), International Congress of Entomology (5), May Berenbaum (2), Walter Leal (34)
Comments: 0
May Berenbaum to Present Storer Lectureships on May 20-21 in UC Davis Conference Center
Published on: May 12, 2014

DAVIS--Internationally recognized entomologist May Berenbaum, professor and head of the Department of Entomology at the University of Illinois at Urbana-Champaign, will present two lectures, one on May 20 and one on May 21 at UC Davis  s part of the Storer Lectureship in Life Sciences.

The first is a public lecture on Tuesday, May 20 on "Bees in Crisis: Colony Collapse, Honey Laundering and Other Problems Bee-Setting American Apiculture" at 4:10 p.m. in Ballrooms A and B of the UC Davis Conference Center, 550 Alumni Lane.

The two UC Davis lectures are sponsored by the Department of Entomology and Nematology, and the Storer Endowment in Life Sciences, College of Biological Sciences.

She focuses her research on the chemical interactions between herbivorous insects and their host plants, and the implications of these interactions on the organization of natural communities and the evolution of species. In addition to her pioneering research, she is devoted to teaching and to fostering scientific literacy to the general public, authoring numerous magazine articles, as well as three books on insect fact and folklore.

As a spokesperson for the scientific community on the honey bee colony collapse disorder, she has conducted research, written op-ed essays and testified before Congress on the issue.

Berenbaum will become president of the 7000-member Entomological Society of America (ESA) in 2016,  Berenbaum will be the ESA's fifth female president, and she is the first to have a fictional TV character named after her: Bambi Berenbaum from The X-Files. (Current president of ESA is integrated pest management specialist Frank Zalom, professor of entomology at UC Davis.)

In recognition of her research and her efforts in promoting public understanding of science, she has received many awards, including the 2010 AAAS Award for Public Understanding of Science. In 2011 Berenbaum was awarded the prestigious Tyler Prize for Environmental Achievement, an international award that recognizes "those individuals who have contributed in an outstanding manner to scientific knowledge and public leadership to preserve and enhance the environment of the world."  She received the 1996 Distinguished Teaching Award from the North Central Branch of ESA.

The Tracy and Ruth Storer Lectureship in the Life Sciences is the most prestigious of the endowed seminars at UC Davis. Established in 1960, the lectureship is funded through a gift from Professor Tracy I. Storer and Dr. Ruth Risdon Storer. Their donation has made it possible to invite distinguished biological scientists to the UC Davis campus for seminars and to meet with faculty members and graduate students in their field of interest. Past Storer lecturers have included Nobel laureates, members of the National Academy of Science and acclaimed authors in the fields of life sciences and medicine. Tracy Storer was the founding chair of the UC Davis Department of Zoology. Ruth Risdon Storer was Yolo County's first female pediatrician.

Campus host is Michael Parrella, professor and chair of the UC Davis Department of Entomology and Nematology. He can be reached at mpparrella@ucdavis or (530) 752-0492. 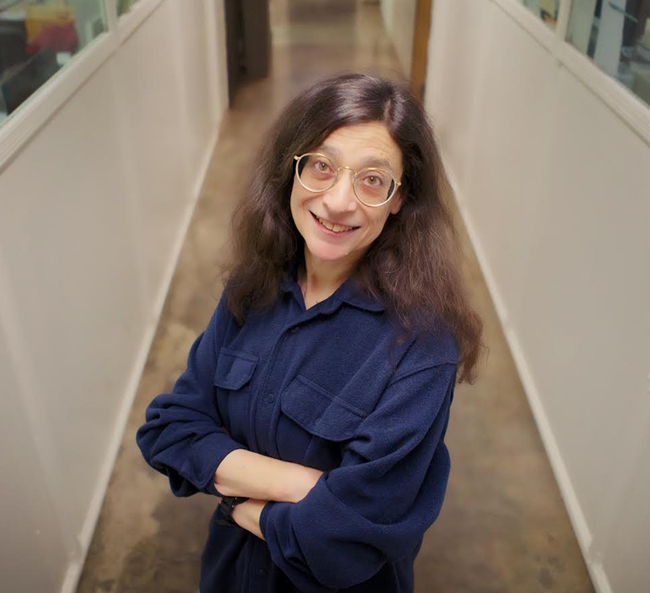