Entomology & Nematology News
sitenum=270
UC News about Entomology and Nematology.
Hammock Lab: Paper of the Month!
Published on: May 6, 2016 Paper of the Month
DAVIS--A research paper on an innovative tool to control depression—the work of UC Davis distinguished professor Bruce Hammock and colleagues—has been selected a “Paper of the Month” by the National Institute of Environmental Health Sciences (NIEHS) in its online newsletter, Environmental Factor.

The researchers found that a chemical inhibitor of a soluble epoxide hydrolase may be a new, innovative tool to control depression, a severe and chronic psychiatric disease that affects 350 million persons worldwide.

Soluble epoxide hydrolase, or sEH, is emerging as a therapeutic target that acts on a number of inflammatory or inflammation-linked diseases, said NIEHS grantee Bruce Hammock, who holds a joint appointment in the UC Davis Department of Entomology and Nematology, and the UC Davis Comprehensive Cancer Center.

“The research in animal models of depression suggests that sEH plays a key role in modulating inflammation, which is involved in depression,” Hammock said. “Inhibitors of sEH protect natural lipids in the brain that reduce inflammation, and neuropathic pain. Thus, these inhibitors could be potential therapeutic drugs for depression.”

NIEHS singled out the depression research as one of its four top papers of the month. It headlined the work “Anti-Inflammatory Chemical May Offer New Tool for Depression Treatment,” in its May newsletter.

“The researchers also observed higher levels of sEH expression in key brain regions of the chronically stressed mice than in mice not subject to repeated stress,” NIEHS wrote. “They then examined postmortem human brain samples from patients with psychiatric diseases, including depression.

The work, published March 14 in the journal Proceedings of the National Academy of Sciences, drew international attention. 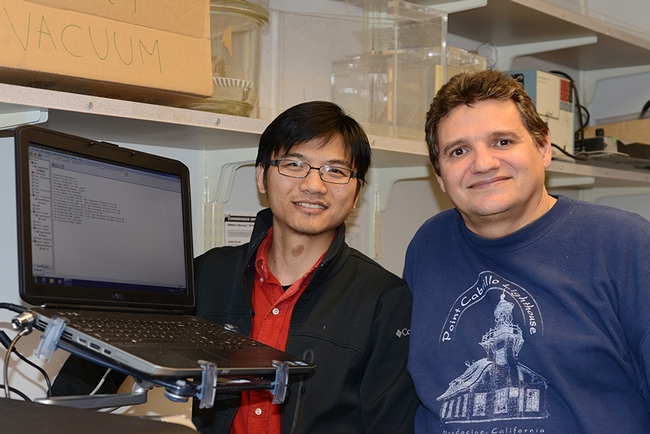