So, you want to be a commercial beekeeper... Eric Mussen
So you want to be a full-time commercial beekeeper and keep 1,000 colonies or more.

The newly published second edition of the Small Farm Handbook, which draws on the knowledge of 32 experts from the University of California, contains a wealth of information. The chapter, "Raising Animals," covers beekeeping as a business.

“Costs to start a beekeeping business are not particularly high compared to many small businesses, and a well-planned and managed operation can be profitable,” writes Eric Mussen, Extension apiculturist with the UC Davis Department of Entomology.

“Beekeepers own, rent or find rent-free apiary locations where their bees can forage for food without becoming a nuisance to humans or livestock. Beekeepers must manage their colonies to the benefit of the bees and in compliance with existing state, county and municipal ordinances.”

For those who want to rent bees for pollination, “rental rates are as much as 10 times higher for almond orchards, which need to be pollinated a time of year when bee supplies barely meet demand.”

Indeed, California has some 750,000 acres of almonds, and each acre needs two colonies for pollination. Since the Golden State doesn't have that many bees, they are trucked in from all over the country.

"Fifty percent of the bees in the United States have to be in California to pollinate the almonds," molecular biologist and biochemist Joseph DeRisi of UC San Francisco said Jan. 9 at his lecture in the Genome and Biomedical Sciences Facility at UC Davis.

DeRisi, a Howard Hughes Medical Institute investigator and professor and vice chair of the Department of Biochemistry and Biophysics at UCSF, pointed out that “California supplies 80 percent of the world's almond supply.”

No bees, no almonds.

“Beekeeping can sound deceptively simple,” Mussen writes in the chapter, “but in fact beekeeping is a form of animal husbandry that involves providing feed when nectar and pollens are lacking, preventing infections from various microbes, dealing with two well-established parasitic mites, and reducing the influence of Africanized bees. Before you try to keep bees commercially on your own, you should gain experience working with a commercial beekeeper for one or more seasons.”

The latest parasite discovered in bees is the parasitic phorid fly (Apocephalus borealis). In work published Jan. 3 in the Public Library of Science (PLoS One) journal, San Francisco State University researchers wrote that the parasitic fly lays its eggs in the honey bees; it was previously known to parasitize bumble bees, but not honey bees.

The fly-infested bees display altered bee behavior. Nicknamed “zombie bees,” the bees fly at night toward lights, such as porch, building or street lights. They do not return to the hive; they die.

Neither Mussen nor DeRisi believes that the parasitic fly is a dominant factor in colony collapse disorder, a mysterious phenomenon characterized by adult bees abandoning the hive.

For tips on beekeeping, be sure to check out Mussen's bimonthly newsletter, from the UC Apiaries, and his other resource, Bee Briefs, both posted on the UC Davis Department of Entomology website.

And  if you want to become an full-time commercial beekeeper, read the “Estimated Investment Needed for a 1,000-Colony Bee Operation” in the Small Farm Handbook. 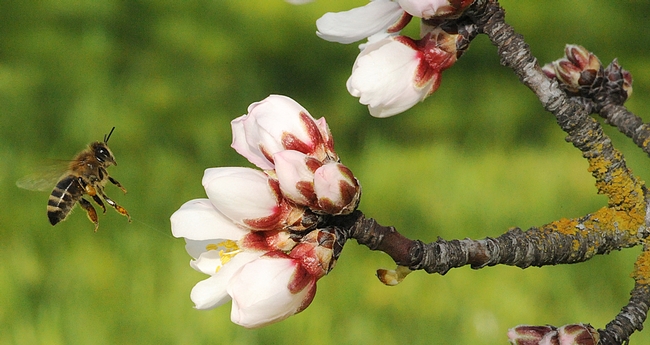 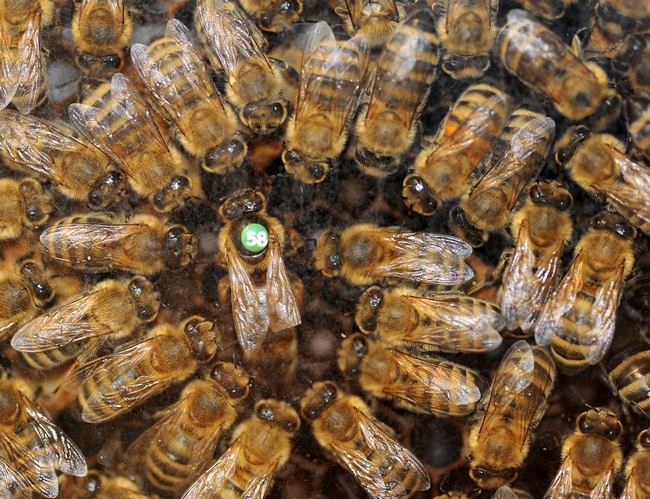 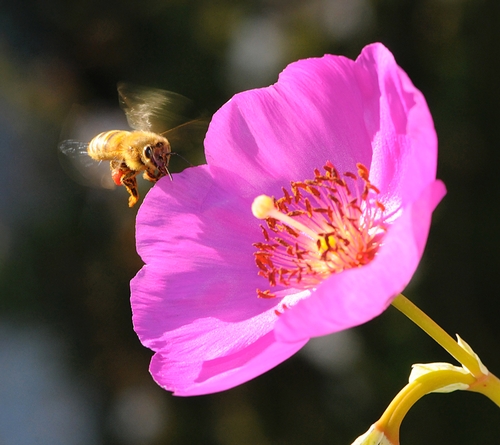 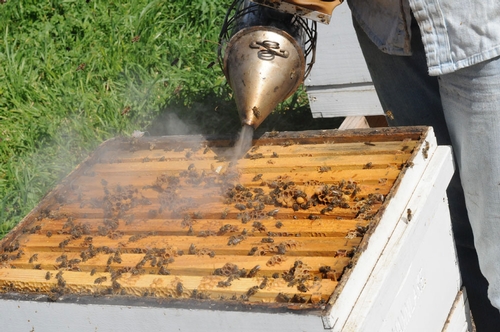