They’re not really invisible, but New Zealand Mud Snails (Potamopyrgus antipodarum) are so tiny you’d probably miss them in the mud on your boots. They can range from about 1/8 inch long to the size of a grain of sand. What’s the big deal about a tiny pest?

They multiply fast! In Yellowstone National Park they’re reported to be as dense as 100,000/square meter (83,613/square yard). In the United States all NZMS are females, who can reproduce without a mate.

They crowd out native species, such as mayflies, caddis flies and midges for food and space. NZMS is a poor replacement for native species as a food source for fish, because it provides little energy and may pass right through the fish’s digestive system. UC Santa Barbara has more information and scientific references on ecological impacts of NZMS.

In southern California NZMS are found near Pyramid Lake along I-5 and along the coast from Ventura to San Clemente. They’re also in the Central Valley, San Francisco Bay and Delta, and along the north coast. Check out USGS’s map of NZMS sightings. Expand and move it to see California locations.

Mud snails are tough. They can tolerate a range of temperatures, as well as silty and brackish water. When water flows fast, NZMS burrow into the mud to avoid being swept away. If the mud snail finds itself out of the water, it closes its operculum (shell door) until it’s back in the water. US Geological Survey has a fact sheet with more information on NZMS.

NZMS and the native Physa snail can occur together. The mud snail’s shell tapers gradually from mouth to peak. In contrast, the Physa’s shell is much wider near the mouth and it lacks an operculum. UC Santa Barbara has tips to help you distinguish NZMS from similar snails.

What can boaters, anglers, scientists and field staff do about NZMS? Inspect your boots, hem of your pants, vehicle tires, fishing and field gear, and so forth for mud, pondweeds, debris and snails. Also check float tubes, boats, trailers, and in fact anything that’s been in contact with the water or mud. In our workshops* for public works and parks staff in southern California, we mixed tiny beads into mud and they competed to see how many they could find. They saw first-hand how hard it is to spot tiny, gray to dark-brown NZMS.

Use a scrub brush to remove snails that you see and then rinse away any remaining mud, weeds or debris. It’s important to do this onsite, so you don’t carry mud snails (and other invasive species you may not notice) to another lake or stream. California Department of Fish and Wildlife recommends also freezing waders, boots, and other gear overnight (for at least 6 hours). If you have extra gear, keep one set to use only in infested waters. For more information visit the CDFW’s NZMS page.

In a future blog, we’ll tell you how to report a sighting of suspected New Zealand mud snails and other aquatic invasive species.

*UC Cooperative Extension Advisors Leigh Johnson, Sabrina Drill and Darren Haver trained 181 public works, watershed and parks staff in San Diego, Orange, Los Angeles and Ventura Counties on how to recognize and report aquatic invasive species and how to inspect and decontaminate gear and boats. This blog series is drawn from information used in these Spring 2013 workshops and other reputable sources. 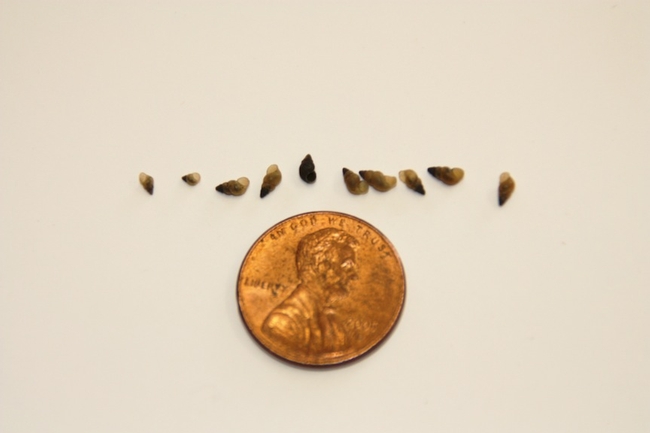 New Zealand mud snails are tiny, even when compared to a penny! Photo by Michelle Lande 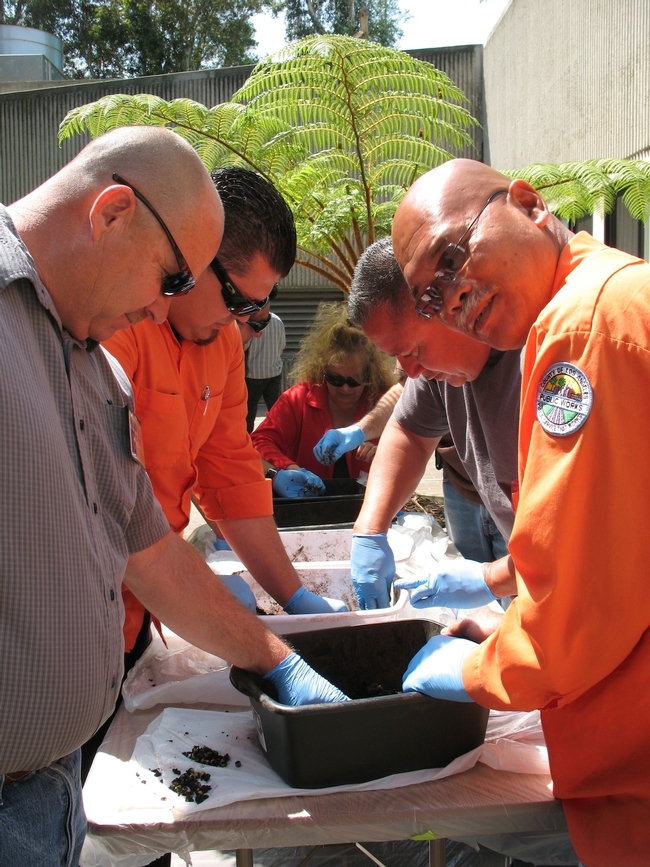 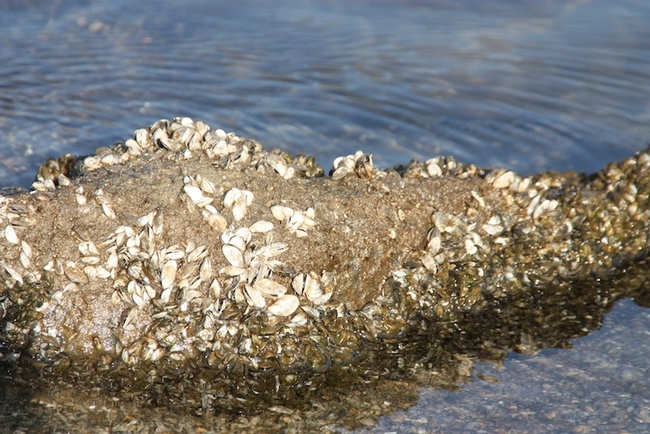 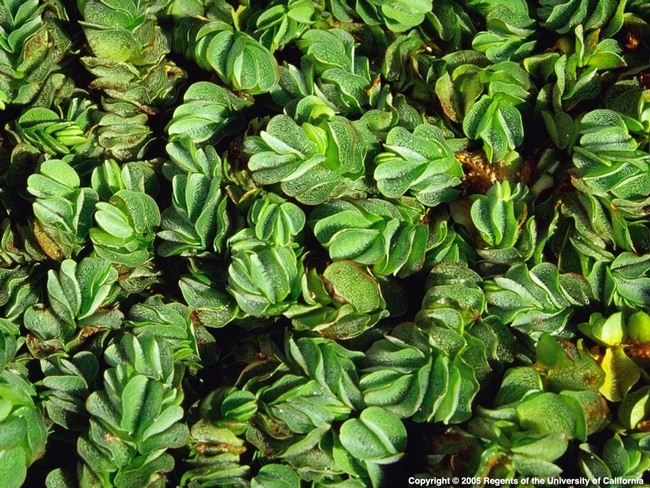