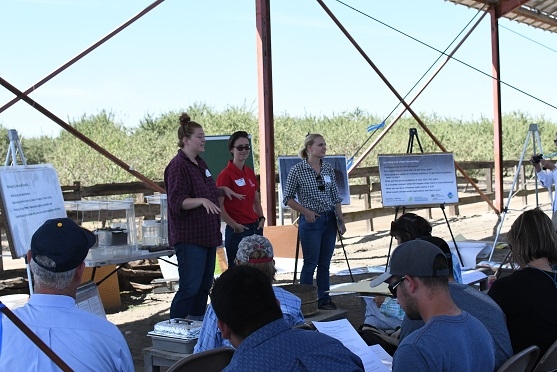 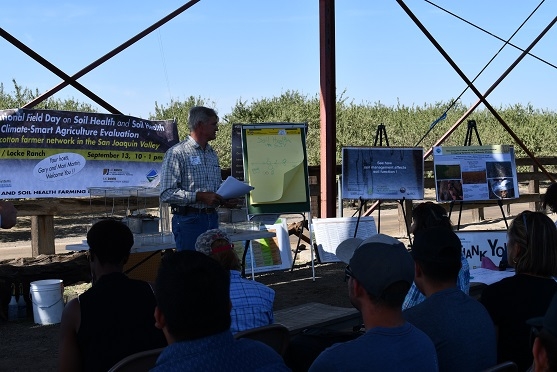 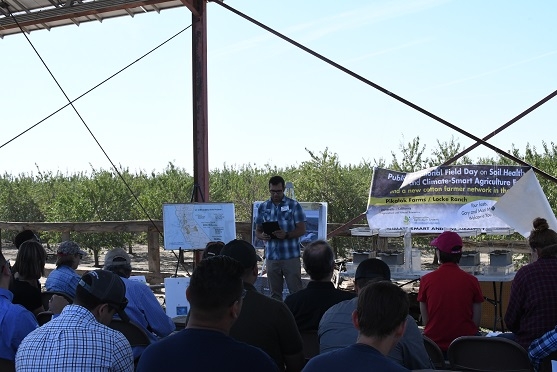 UC Davis PhD student, Geoff Koch, in the Soils and Biogeochemistry Department, providing information to participants at the public educational event at Pikalok Ranch and Locke Farm in Mendota, CA on September 13, 2019
Comments: 0
Additional resources available for attendees of the Public Educational Field Day on Soil Health and Climate-Smart Agriculture on September 13, 2019 in Mendota, CA
Published on: September 9, 2019

In conjunction with CASI's public educational field day on soil health and climate-smart agriculture that will take place on Friday, September 13, 2019 at the farm of Gary and Mari Martin, the following online reference materials may be accessed that have relevance to the content of information that will be presented and discussed at the meeting.

We invite folks to an important information sharing opportunity at the Mendota, CA farm of Gary and Mari Martin on Friday, September 13th at 10:00 AM.

Work that is being done at their farm on soil health and climate-smart agriculture will be highlighted and discussed.

Information will be presented on the impacts of soil health management and opportunities for reducing GHG emissions.

A new farmer network aimed at providing opportunities for cotton farmers to share information on alternative crop production practices will also be explored.

Lunch will be provided and you'll have a good opportunity to learn and become better aware of locally-derived information on soil care and practices aimed at decreasing emissions.

Further information is available by calling or emailing Jeff Mitchell at (559) 303-9689 or jpmitchell@ucdavis.edu 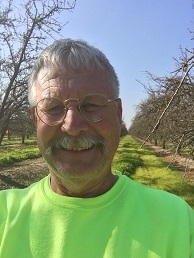 The San Joaquin Valley’s own, Jeff Mitchell, who is prepping to audition for an upcoming round of “America’s Got Talent,” will be on the program agenda for this field educational event and will provide an opportunity for participants to view part of his planned act. He is planning to compete in the 'magic acts' category of AGT. 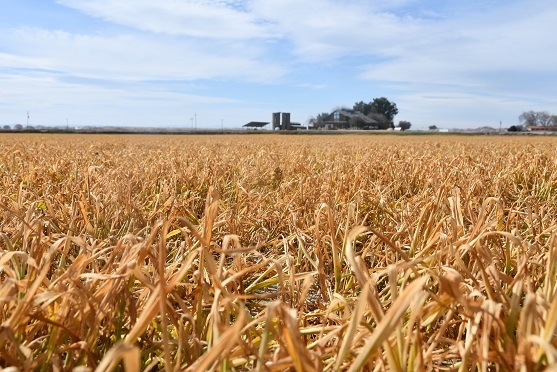 Several CASI members recently stepped up to host Rick Reed, a University of Georgia Cooperative Extension Conservation Agriculture leader, at their farms over a three-day period of ambitious farm tours here in California from August 23rd through August 27th.  Rick was the Extension County Director for Coffee County in south central GA during the time when considerable progress was made by local farmers on strip-tillage and cover crop systems for a range of crops that are grown in the region.  He led a very results-oriented and highly dedicated team of farmers, NRCS and Soil and Water Conservation District partners, and other UGA colleagues including Sharad Pathak, in the development and expansion of conservation agriculture systems for their region.  Much of their work spanned the 1980s, 1990s, and early 2000s.  Rick was first, Coffee County's Extension Agent and later its Extension Director where he achieved the respect of countless farmers.  He worked very closely and effectively with NRCS State Conservationist, Andy Page, and this duo made significant strides with the farmers that they worked with in advancing high residue, cover crop strip-tillage production practices throughout Central Georgia.

During his trip to California this summer, Rick and his wife, Candi, participated in the Acres USA soil health conference that was held on the UC Davis campus and they he visited several California farms to see up close and personal some of the innovations that are being worked on.  First, he visited Scott Park up in Meridian, CA (Photo 1) and learned about Scott and Brian's nearly year-round cover cropping, sheep grazing and strip-till evaluation efforts.  Following this farm visit, he enjoyed a wonderful lunch and discussion with Gene Miyao, Rich Collins, Dan Cohen, and Bob Bugg in Davis (Photo 2).  Then, he was hosted by Justin Diener of Red Rock Ranch (Photo 3) and Scott Schmidt of Farming D down in Five Points and on the same day, Rick also went up to Firebaugh where he met Jesse Sanchez of Sano Farms (Photo 4).  His travels to CA farms culminated with a very nice visit with Tom Willey and Jeff Mitchell to Phil Foster's farm over in Hollister (Photo 5) where year-round cover cropping, strip-tillage and use of a very innovative vertical tillage implement that Phil has modified after first borrowing a prototype developed by USDA ARS organic systems researcher, Eric Brennan, over in Salinas.  All in all, Rick had some very wonderful farm stops during his California tour.  We thank those CASI farmers who went out of their way to host him and we thank Rick for coming out to visit us! 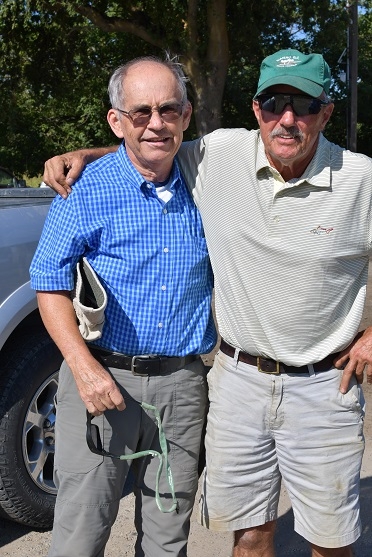 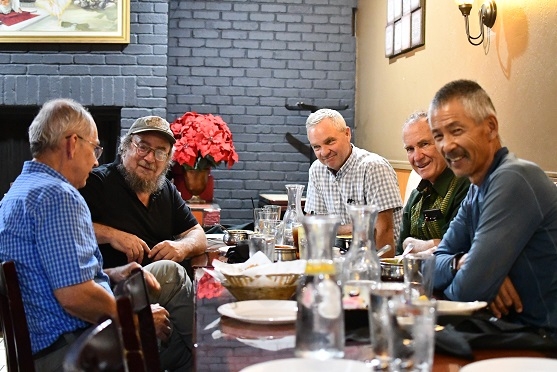 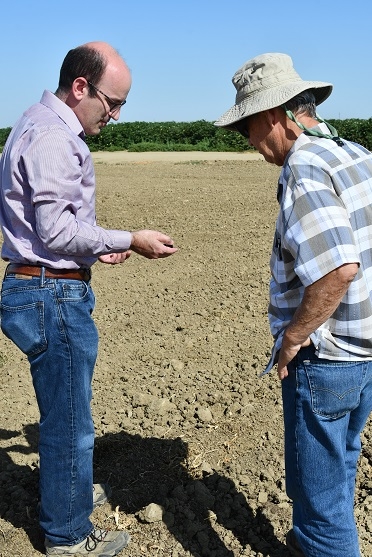 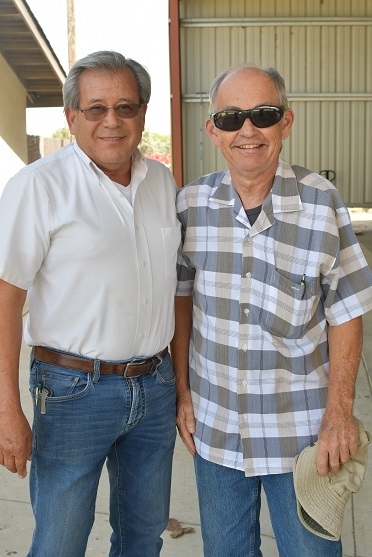 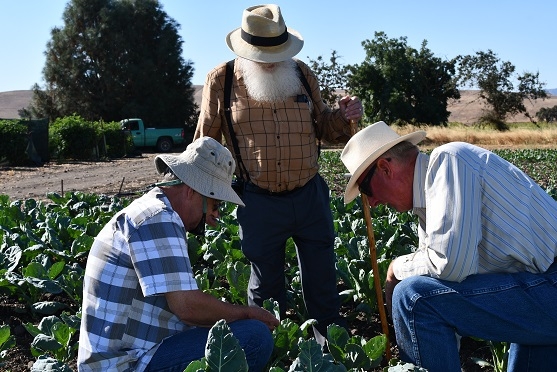 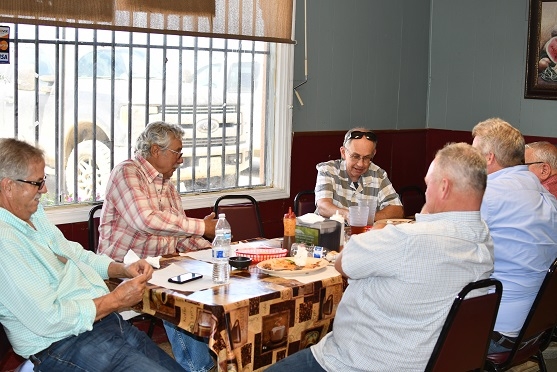 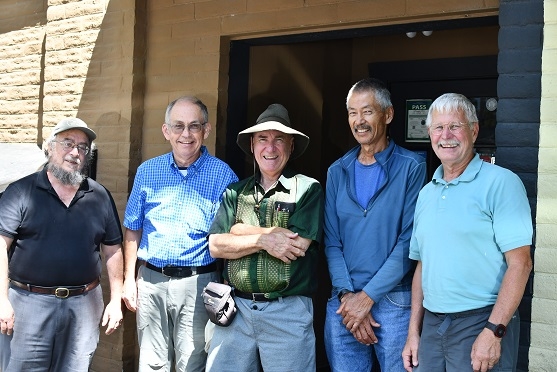 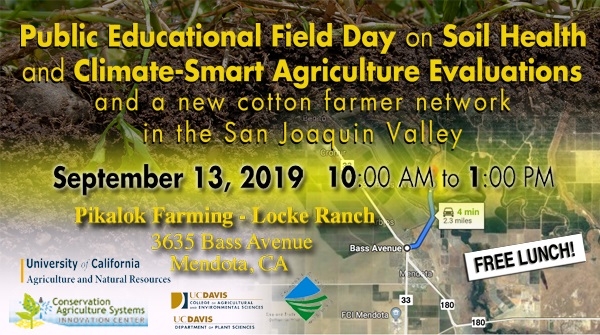