Income, Poverty and Health Insurance Coverage in the United States: 2016
Published on: September 13, 2017 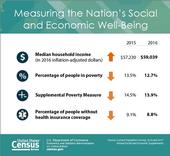 Household income in the United States

The U.S. Census Bureau announced today that real median household income increased by 3.2 percent between 2015 and 2016, while the official poverty rate decreased 0.8 percentage points. At the same time, the percentage of people without health insurance coverage decreased.

The multi-faceted Hispanic consumer is widely recognized as a cornerstone of any growth initiative for virtually all U.S. industries, and for good reason.

From the Ballot Box to the Grocery Store, Nielsen's fifth report on the Latino consumer in the annual Diverse Intelligence Series, shows that Hispanic power and influence is surging: 50% of U.S. population growth from 2010 to 2015 has come from Hispanics, and the U.S. Census expects the U.S. Latino population to more than double within the next two generations. 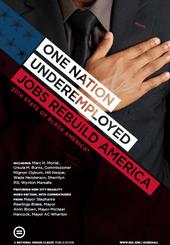 Hispanics generally fare better than blacks in rankings of inequality in American life, according to a new report by the National Urban League.

Nationwide, black Americans are twice as likely to be unemployed as whites (13.1 percent of blacks versus 6.5 percent of whites, according to...