Vetch (Vicia spp.) is growing like a weed everywhere this year, carpeting our hills with great swaths of purple flowers.

What is vetch?  There are several species that are commonly grown as crops, cover crops or weeds (see list at the bottom). Vetch is a winter-hardy legume that's favored by early fall rains, which we had lots of last October (5.5-in in 24-hr in Sacramento). Vetch is also a nitrogen-fixing... 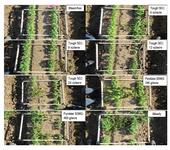 Quadratic pictures of basil foliage taken at 3 DAA in Field A in Modesto, CA

From page 26 of the Progressive Crop Consultant (March/April 2022) magazine.

Evaluating the potential of Pyridate-containing herbicide in basil: impacts on yield, leaf injury, and weed control 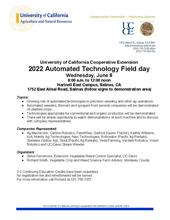 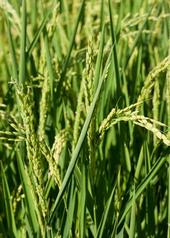 From the Rice Notes April 2022 newsletter

Beginning next week, the Weed Science Webinar Series, which is being hosted by the USDA's Agricultural Research Service (ARS) and the Weed Science Society of America (WSSA), will shift in focus from tactics of weed management to the mechanisms.

The three webinars will address basic research topics associated with how weeds and invasive plants are able to do what they do and why, which is key for developing sustainable management strategies. If we don't know the why and the how, then the way that we manage is often...