The first thing I had to learn as writing staff at the John Muir Institute for the Environment, UC Davis, was the difference between "climate" and "weather."  I compare it to reading a stock chart, there are jagged peaks and valleys daily, but it takes stock performance over years to reveal an unmistakable trend. The small ticks are similar to weather but the trend over decades is closer to climate. Nearly every stock chart has a huge valley at the year 2008, this is thought to be a once in a century event. That event is analogous to climate change, except climate trends are measured over millions of years, and climate is thought to be much slower to recover.

American opinions about global warming are as uncertain as the stock market and as changeable as the weather, according to The Center for Climate Communications at George Mason University in Fairfax, Virginia. The center just released the results of their second survey entitled, "Climate Change in the American Mind: Americans' Global Warming Beliefs and Attitudes in April 2013."

I had the privilege to acquire my understanding of climate by listening to the top researchers in the field, and writing about their discoveries. Without that opportunity, I might easily have been a skeptic since that is closer to my nature.

Climate science is seriously underrated by the public and even by scientists outside the field. Climate studies are complex, requiring knowledge from multiple disciplines ranging from geology, to physical chemistry and ecology. Forget Doppler radar and weather balloons. When an acquaintance stated unequivocally that climate science is not "real science," it was his lack of appreciation for climate science that was talking as well as his nature. His Ph.D. in chemistry, earned decades ago, had not yet revealed the role of chemistry in predicting climate. Historical evidence has been collected from stalactites, ocean sediments and ice cores, some of which were formed while Neanderthals and Homo sapiens were competing for caves.

What we learned about the carbon cycle in high school earth science has been long forgotten. Ask the average scientist to expound on the carbon cycle, their eyes glaze over on the connections between oceans, the atmosphere and the soils. They are focused on more immediate threats, such as the complex relationship between inflammation and the formation of plaque in their arteries.

Now that the atmosphere is estimated to contain 400 parts per million of carbon dioxide, perhaps the next species of man, Homo climatcans, will learn to act on the science that the majority of us have yet to discover. 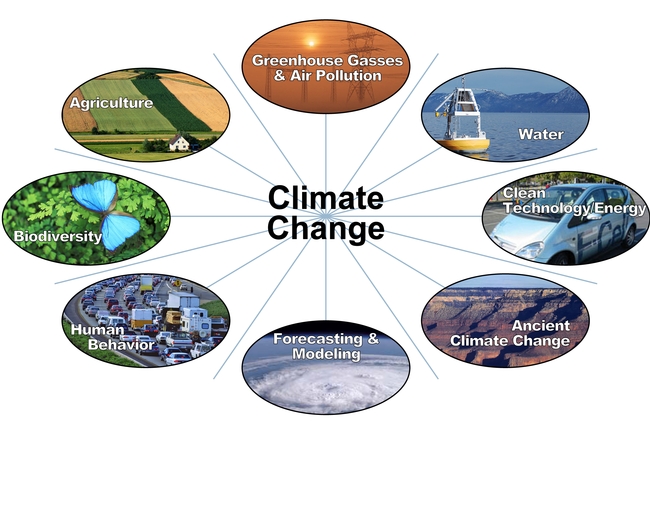