Flowering artichokes indicate one of two things (1) someone never bothered to harvest them or (2) someone loves bees.

We let our artichokes flower. So does the Häagen-Dazs Honey Bee Haven, a half-acre bee friendly garden on Bee Biology Road next to the Harry H. Laidlaw Jr. Honey Bee Research Facility, UC Davis. Owned and operated by the UC Davis Department of Entomology and Nematology, the haven provides a year-around food source for bees and other pollinators;  raises public awareness about the plight of honey bees, and encourages visitors to plant bee-friendly gardens of their own.

It's delightful to watch the honey bees helicopter in, touch down in the purple forest, and thread their way to the food source.

It's not only about the bees, but other pollinators, such as birds, butterflies, bats, beetles, ants, wasps and yes, even flies.

Why are pollinators important and why should we care? Go to the Pollinator Week's
"Fast Facts" page.

One such fact: "About 75 percent of all flowering plants rely on animal pollinators and over 200,000 species of animals act as pollinators. Of those, about 1,000 are hummingbirds, bats, and small mammals.  The rest are insects such as beetles, bees, ants, wasps, butterflies, and moths."

Meanwhile, the flowering artichokes are getting a real workout.  Often, you can't see the forest for the bees. 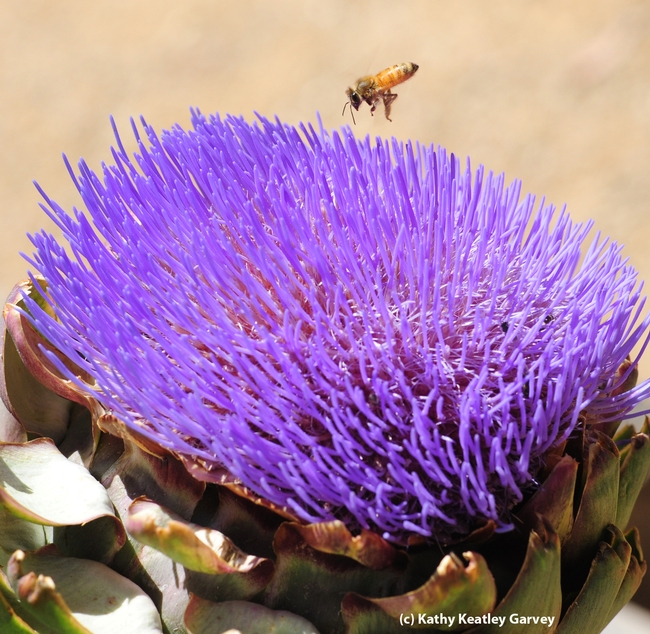 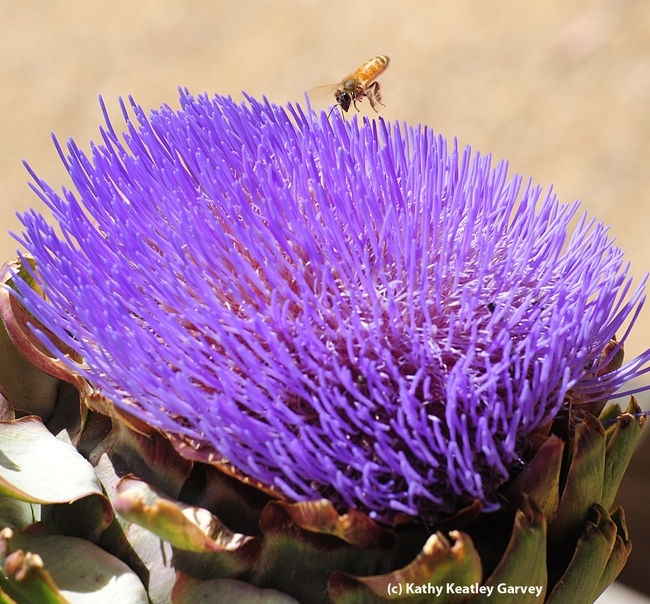 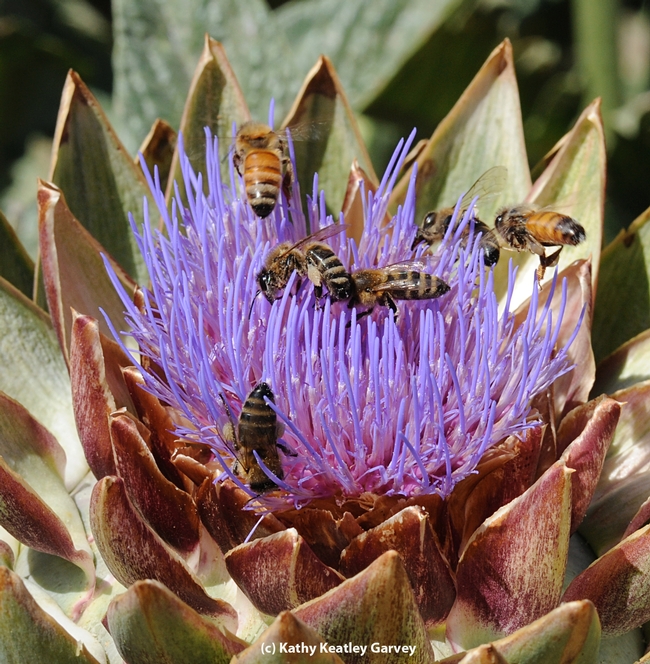