The purple trailing lantana (Lantana montevidensis) is a butterfly magnet.

Lately, fiery skippers (Hylephila phyleus) are the main draw. It's a delight to see them fluttering over the blossoms and then touching down for a sip of nectar.

Or chasing one another.

This species is California's most urban butterfly, says butterfly expert Art Shapiro, professor of ecology and evolution at the University of California, Davis. It's "almost  limited to places where people mow lawns," he says on his popular website, Art's Butterfly World.

"Its range extends to Argentina and Chile and it belongs to a large genus which is otherwise entirely Andean. Its North American range may be quite recent. Here in California, the oldest Bay Area record is only from 1937."

The fiery skipper is attracted to lantana, verbena, zinnias, marigolds, and "in the wild seems quite happy with yellow starthistle," Shapiro says.

The butterfly breeds mostly on bermuda grass (Cynodon dactylon), native to the Mediterranan region, according to Shapiro.

Last weekend we noticed a courtship in the lantana. A female landed on a blossom and seconds later, a male.

"The male butts her tail with his head," Shapiro told us. One of his master's students described the courtship some 40 years ago. 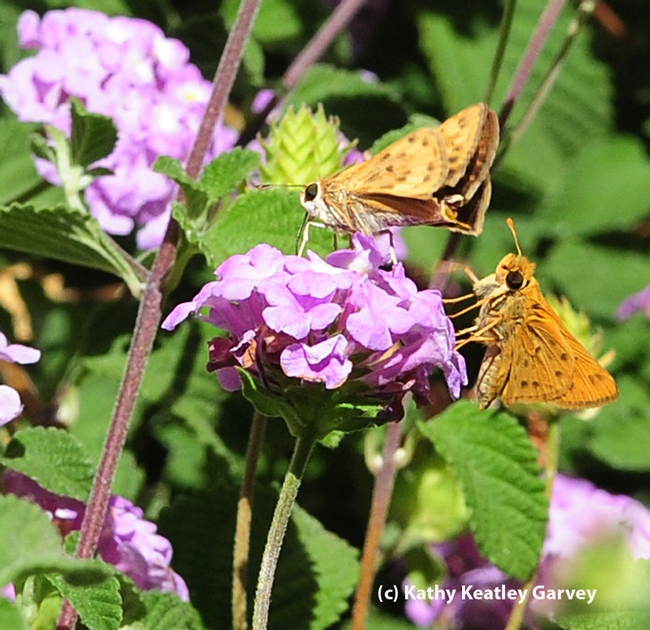 Courtship in the lantana: the female is on the left, and the male on the right. (Photo by Kathy Keatley Garvey) 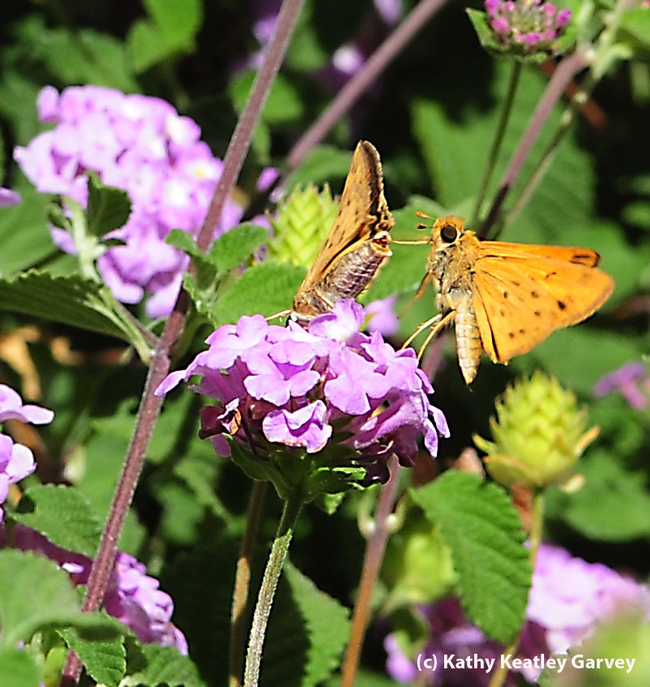 Courtship in the lantana: second photo in a series of four. (Photo by Kathy Keatley Garvey) 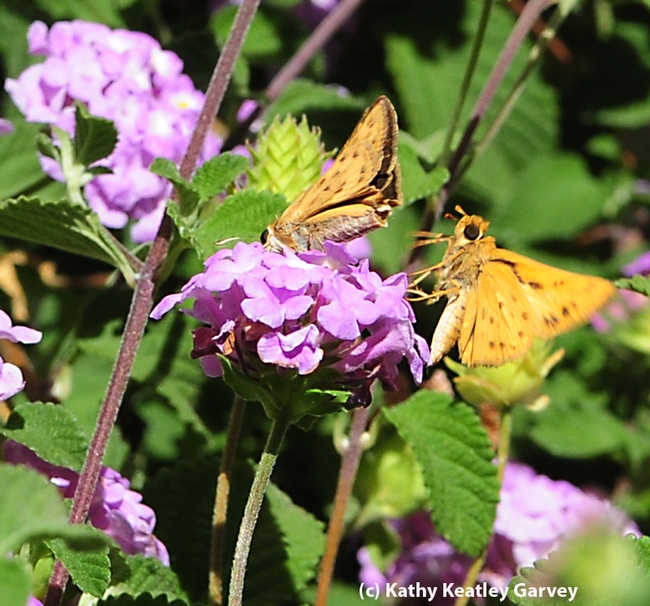 Courtship in the lantana: third photo in a series of four. (Photo by Kathy Keatley Garvey) 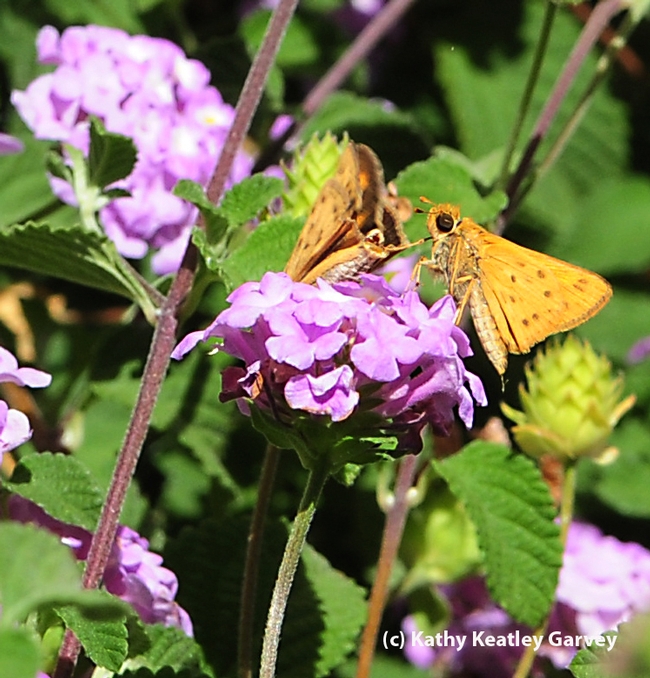