It's a crane fly (family Tipulidae), also known as a "mosquito hawk."

It's a slender, long-legged insect that cats  like to target.  Our cat, Xena the Warrior Princess, loves to bat them out of the air--and then look around for more.

Most crane flies "feed on decaying organic matter, but some are predaceous or feed on living plants such as mosses," according to entomologists Jerry Powell and Charles Hogue in their guidebook, California Insects.

Don't worry. This gangly mosquito-like insect won't feed on you. You're safe. 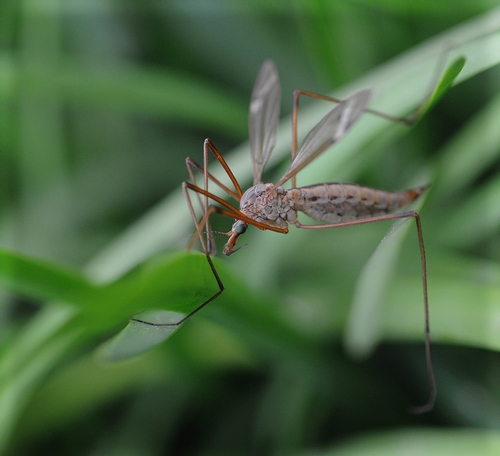