An aphid-covered rosebud awaits a ladybug. (Photo by Kathy Keatley Garvey)
If there's anything better than a ladybug eating an aphid, it's a ladybug devouring dozens of aphids.

Ladybugs--actually, they're "lady beetles"--are garden heroes. And that's the theme of the Bohart Museum of Entomology's open house on Sunday, March 2 from 1 to 4 p.m. in Room 1124 of the Academic Surge building on Crocker Lane, University of California, Davis.

The event is free and open to the public. And, it's family oriented with lots of activities planned, said Tabatha Yang, education and outreach coordinator at the Bohart Museum.

“This time of year aphids are invading our gardens,” Yang said. “Garden heroes, like lady beetles, help us out.” Other garden heroes include lacewings, bigeyed bugs, assassin bugs, damsel bugs, and soldier beetles. (See a list of natural enemies on the UC Integrated Pest Management website.)

Another key attraction at the Bohart Museum open house will be a return appearance of the Budding Biologist, creator of ecology video games. Budding Biologist is an educational publishing company owned by Kristine Callis-Duehl, who is with the Department of Ecology and Evolutionary Biology at UC Irvine.  This game is loosely based on ecological research being conducted by Louie Yang, assistant professor in the UC Davis Department of Entomology and Nematology. Walter Hsiao, the video game developer, will be on hand to answer questions about game design.

The Bohart Museum, directed by Lynn Kimsey, professor of entomology at UC Davis, houses nearly eight million specimens and is the seventh largest insect collection in North America. It is also the home of the California Insect Survey, a storehouse of insect biodiversity. Noted entomologist Richard M. Bohart (1913-2007) founded the museum in 1946.

The year-around gift shop (gifts are also available online) offers t-shirts, jewelry, insect nets, posters and books, including the newly published children's book, “The Story of the Dogface Butterfly,” written by UC Davis doctoral candidate Fran Keller and illustrated (watercolor and ink) by Laine Bauer, a 2012 graduate of UC Davis. The 35-page book, geared toward kindergarteners through sixth graders, also includes photos by naturalist Greg Kareofelas of Davis, a volunteer at the Bohart.

The museum is located near the intersection of LaRue Road and Crocker Lane. The museum's regular public hours are from 9 a.m. to noon and 1 to 5 p.m., Monday through Thursday. Group tours can be arranged with Tabatha Yang at tabyang@ucdavis.edu or (530) 752-0493. The museum is closed to the public on Fridays, Saturdays and Sundays and UC Davis holidays. 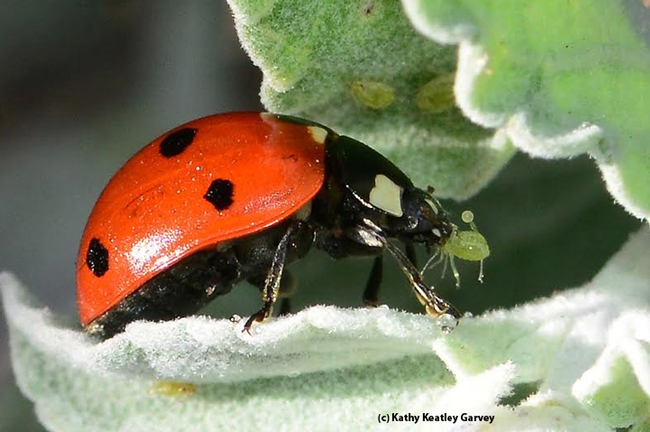 A ladybug grabbing an aphid. (Photo by Kathy Keatley Garvey) 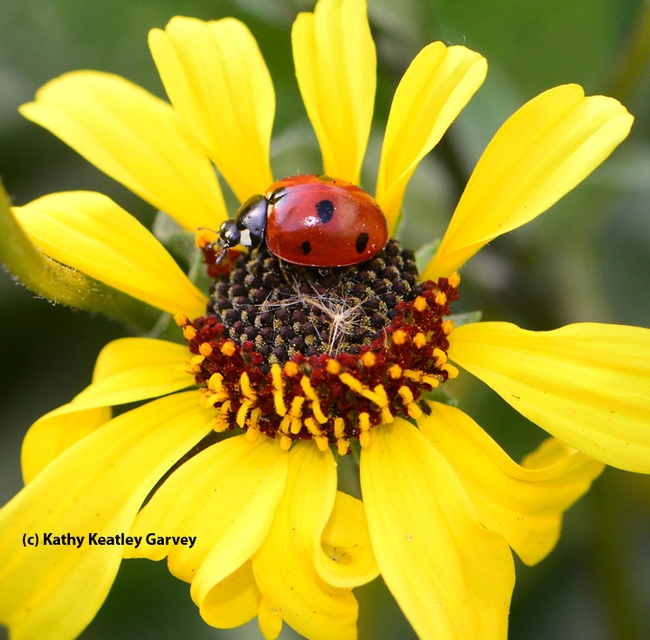 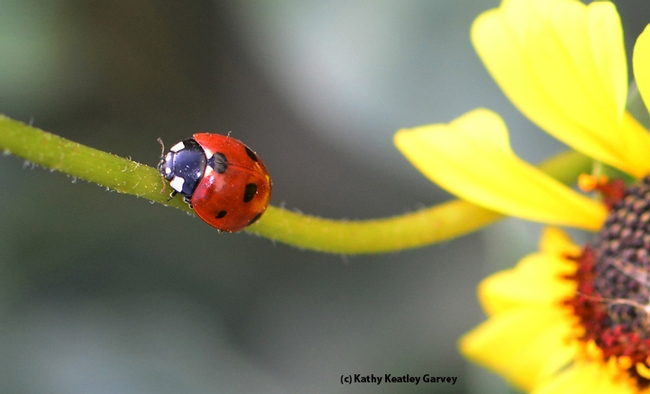