The Baxter House is no more.

The UC Davis Fire Department burned it down yesterday.

It's gone, along with assorted black widow spiders, scattered crane flies, munchkin termites and maybe a meandering ant or wandering fly or two. (After all, this is a "bug" blog.)

The Baxter House, built in May 1938, was an abandoned, rundown house on Bee Biology Road, on the west end of the UC Davis campus. It stood east of the Harry H. Laidlaw Jr. Honey Bee Research Facility, the only other building on Bee Biology Road.

Once a private residence and then an avian lab research facility, the 1200-square-foot building went up in flames and down in embers.

In its place will be an access road to the Haagen-Dazs Honey Bee Haven, a half-acre bee friendly garden to be installed later this year next to the Laidlaw facility.

The Baxter House was not only a troubling eyesore but a massive road bump in the UC Davis Department of Entomology's development plans.

The eyesore is gone. Bring on the bees and the honey bee haven. 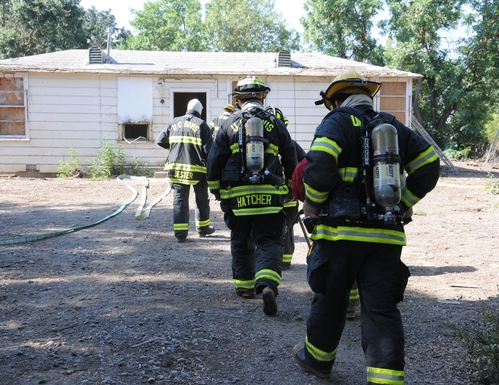 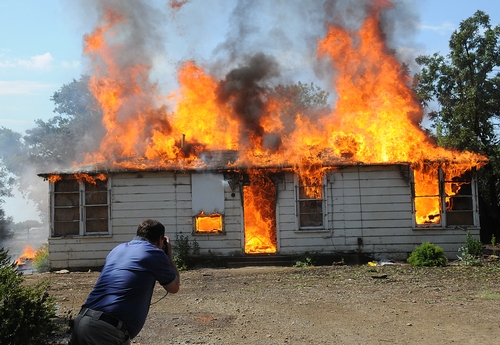 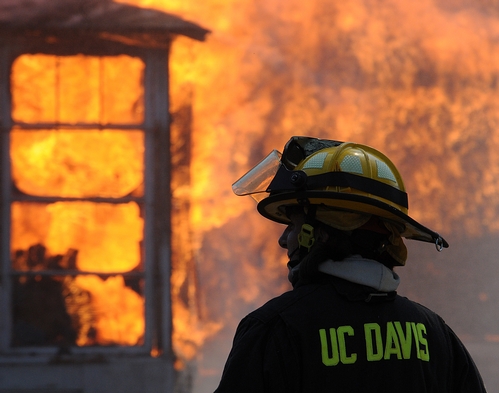 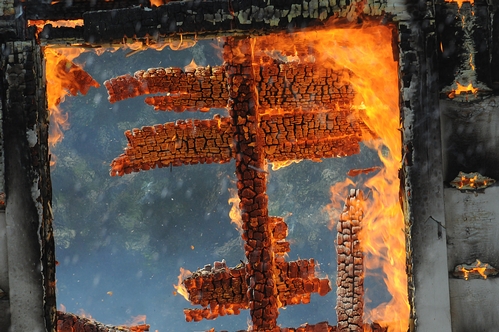 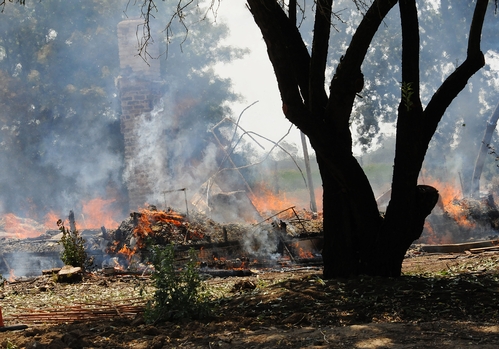