hen you look at the tiny unassuming walnut twig beetle--it's smaller than a grain of rice--you wonder how it could possibily kill a majestic black walnut tree.

By itself, it can't.  But when it's associated with a specific fungus that hitchhikes on the beetle, we’re talking serious problems.

A fungus from the genus Geosmithia  is hitchhiking on the walnut twig beetle and together they are killing black walnut trees in California and seven other Western states. The disease has been tabbed “Thousand Cankers Disease” because of the cankers left behind.

Entomologist Lynn Kimsey, director of the Bohart Museum of Entomology, which houses one of the largest insect collections in , worries that the black walnut tree could go the way of the American chestnut or the American elm.

The beetle, Pityophthorus juglandis, native to , , , and is widely distributed in , from to Shasta counties. Known since 1959 as just another specimen in the drawers of insect museums, it has emerged on the radar screens of entomologists and plant scientists because it has been found in abundance on dying walnut trees statewide.  The disease has also been found in , , , , , , and .

When I attended the Entomological Society of America’s annual meeting last fall in , seminar speakers referred to the disease as a terrorist.

"If you peel back the bark, you’ll see the well-developed beetle galleries and blotches of fungal-stained wood and bark that look like a thousand cankers,” Graves said. ”The cankers widen and girdle twigs and branches, resulting in die back of the tree crown."

Seybold and Graves are among the researchers studying the disease and the one-two punch packed by the tiny walnut twig beetle and the yet undescribed fungus from the genus Geosmithia.

So tiny, so deadly, so disconcerting. 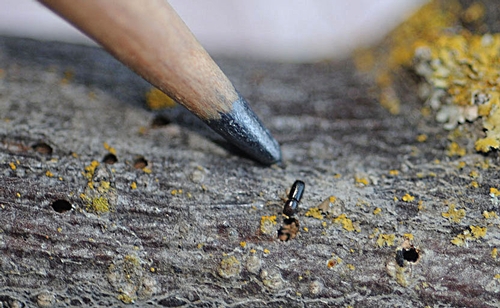 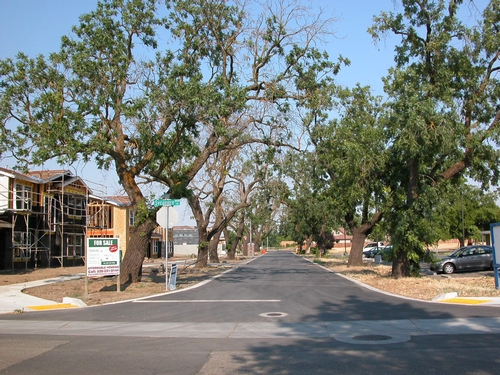