That's what people usually say when they encounter dozens of reddish-orange butterflies at a home on the 1500 block of Claremont Drive in Davis, Calif.  The home is behind the Nugget Market on East Covell Boulevard, but the real gold mine, the mother lode, is that Claremont Drive fenceline of passionflower vines.

The passionflower vine (Passiflora) is the host plant for the Gulf Fritillary (Agraulis vanillae) of the family Nymphalidae and subfamily Heliconiinae. Homeowner Christina Cogdell, professor of architectural and design history in the UC Davis Department of Design, planted the vine several years ago.

Today it's a butterfly fandango.

Cogdell generously donated some of her caterpillars for a Bohart Museum of Entomology open house last year. The 'cats were a big hit.

Noted butterfly expert Art Shapiro, professor of evolution and ecology at UC Davis who monitors the butterfly populations of Central California and posts the information on his website, has long admired the established population on Claremont Drive, as has naturalist Greg Kareofelas, a volunteer at the Bohart Museum and an avid butterfly aficionado.

Shapiro will tell you that the Gulf Frits first appeared in California in the 1870s in the vicinity of San Diego. In the early 1970s, they were considered extinct in the Sacramento-Davis area, but began making a comeback in 2000. The showy butterfly “apparently bred in the Sacramento area and possibly in Davis in the 1960s, becoming extinct in the early 1970s, then recolonizing again throughout the area since 2000.”

Today Cogdell pointed out a newly emerged Gulf Frit hanging onto its empty chrysalid. Female? Probably. We watched the Grand Little Lady unfold her wings and greet a number of ruggedly handsome males (and some raggedly handsome males, the work of predators). Then she took off, trailed by a fluttering line of males.

Christina Cogdell's Claremont home (note the alliteration!) will soon be for sale (for inquiring minds or lepitopterists who want to know, she's listed it with Claire Black-Slotton, First Street Realty). The professor's home is unique in that it's an architecturally unique urban "farm" home but it's also unique in that it comes complete with a treasure trove of butterflies. A veritable lepidopterist landmark.

If holidays ads can say "Batteries not included," maybe this home listing should say "Butterflies included."

We thought of that today as 50 butterflies gracefully fluttered around us. 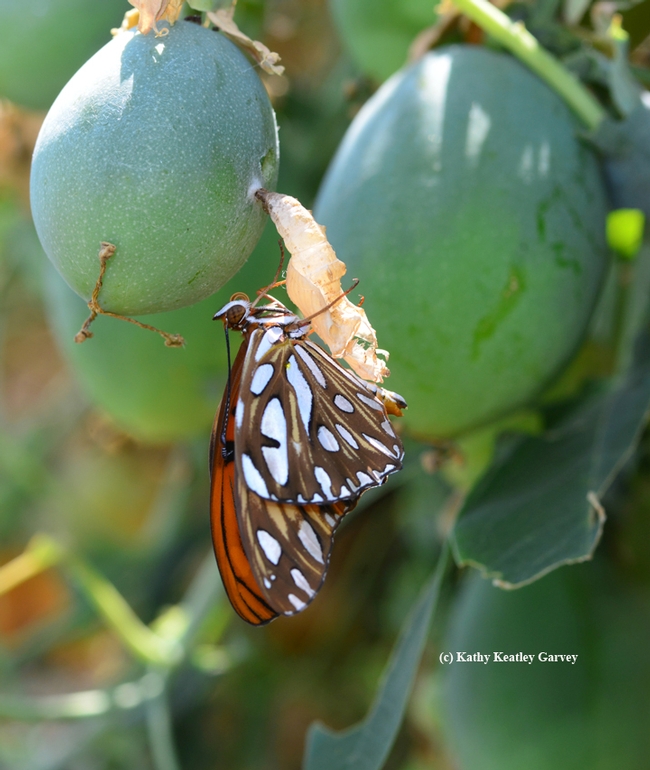 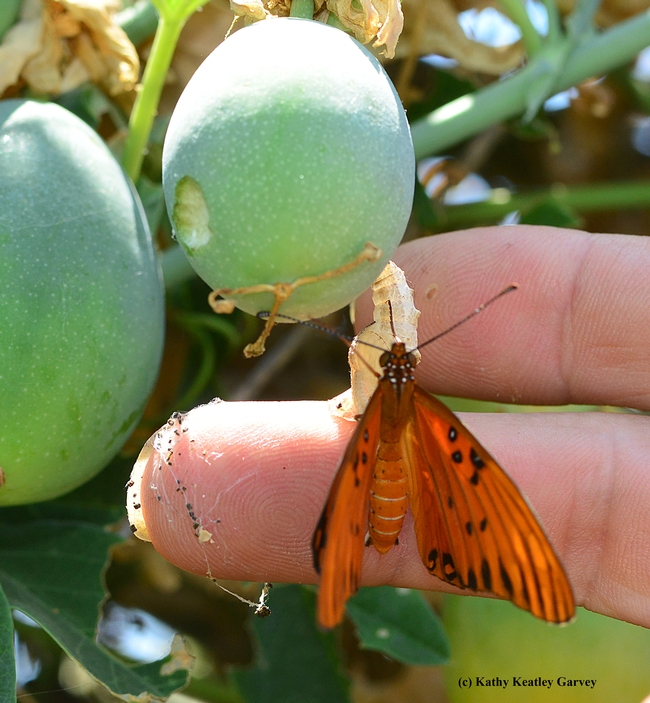 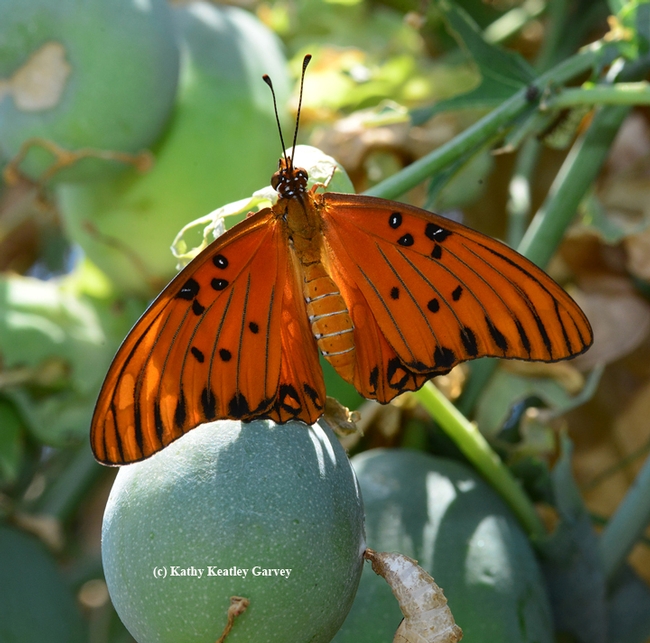 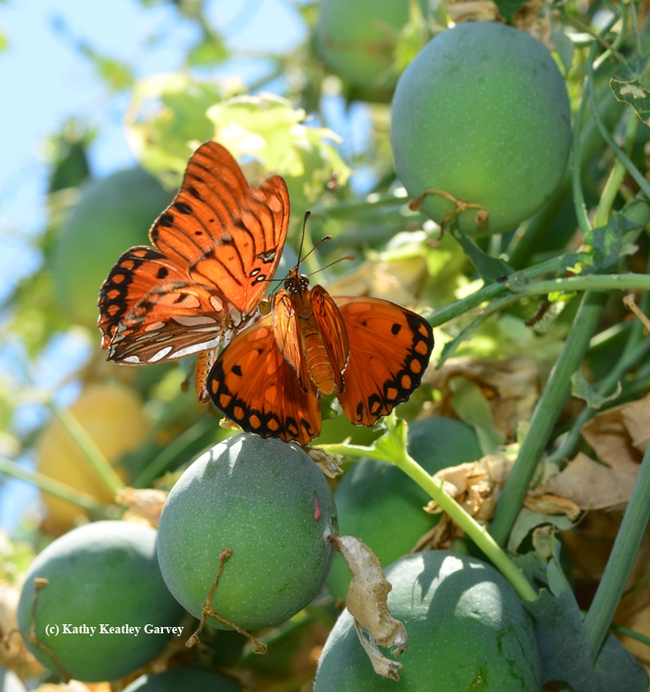 A suitor (left) arrives on the scene. (Photo by Kathy Keatley Garvey) 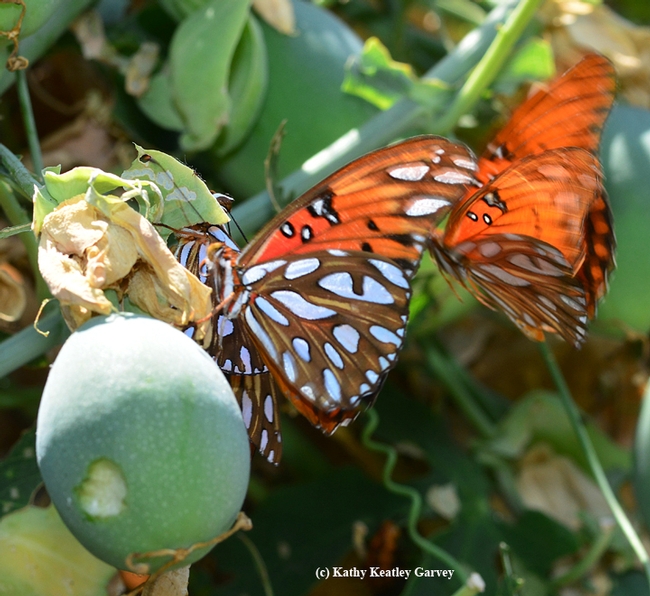