Bagrada bug continues to spread in California
Published on: October 7, 2014 Distribution: Citizen scientists have been instrumental in reporting the occurrence of Bagrada in various counties and are helping map its current distribution.  As of September 2014, Bagrada bug is known to be present in Imperial, San Diego, Orange, Riverside, Los Angeles, San Bernardino, Kern, Kings, Inyo, Fresno, Merced, Ventura, Santa Barbara, Monterey, San Benito, Santa Cruz, San Mateo, Santa Clara, Alameda and Yolo Counties and is likely to be present in others.

Host plants affected: While Bagrada bugs are known to feed on a variety of host plants in addition to their preferred cruciferous hosts, serious damage to barley, carrot, corn, pepper, potato, tomato, and sunflower was recently reported by growers or gardeners. They were also found on strawberries and reported to be present on other hosts, but damage has not been confirmed. Bagrada bugs might have been present on these plants as they move around in search of suitable food sources.

Management: Regular monitoring, mechanical exclusion or removal, destruction of weed hosts, and chemical, botanical, and microbial pesticides continue to be available management options. Avoiding growing cruciferous and other potential hosts should be a serious consideration for community and home gardens where using some of the currently available management options is difficult. See the Bagrada Bug Pest Note for more information.

If you see Bagrada bug in an area or on a host that is not previously reported, please contact Surendra Dara at skdara@ucanr.edu or 805-781-5940.  This information will be useful in monitoring the distribution of this pest.

See original post of this article on the Strawberries and Vegetables blog at http://ucanr.edu/blogs/blogcore/postdetail.cfm?postnum=15284 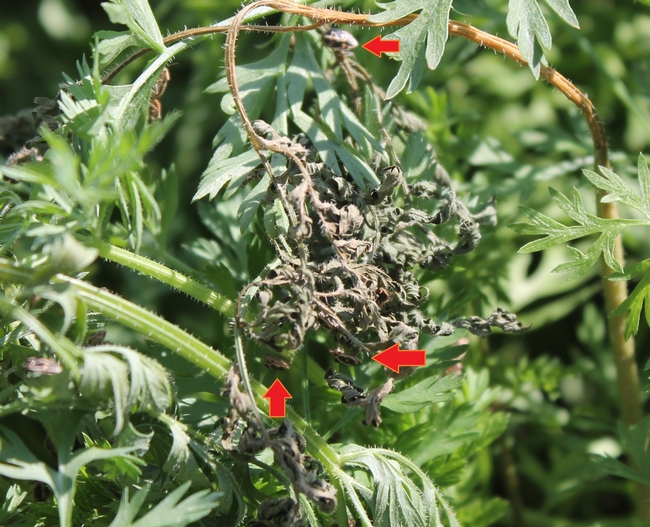 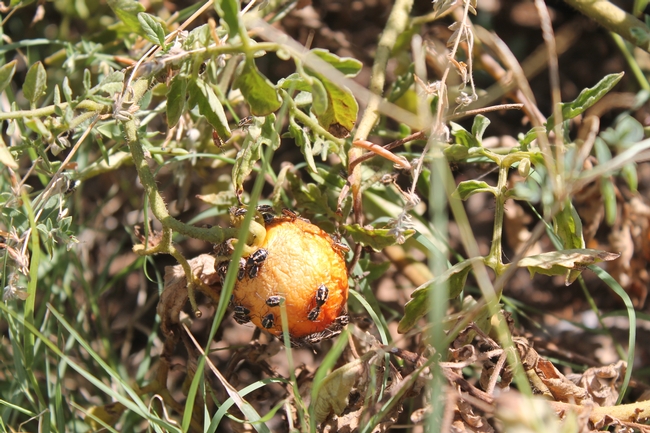 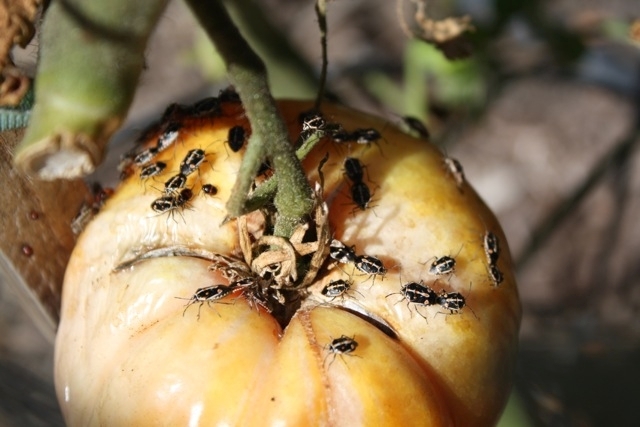 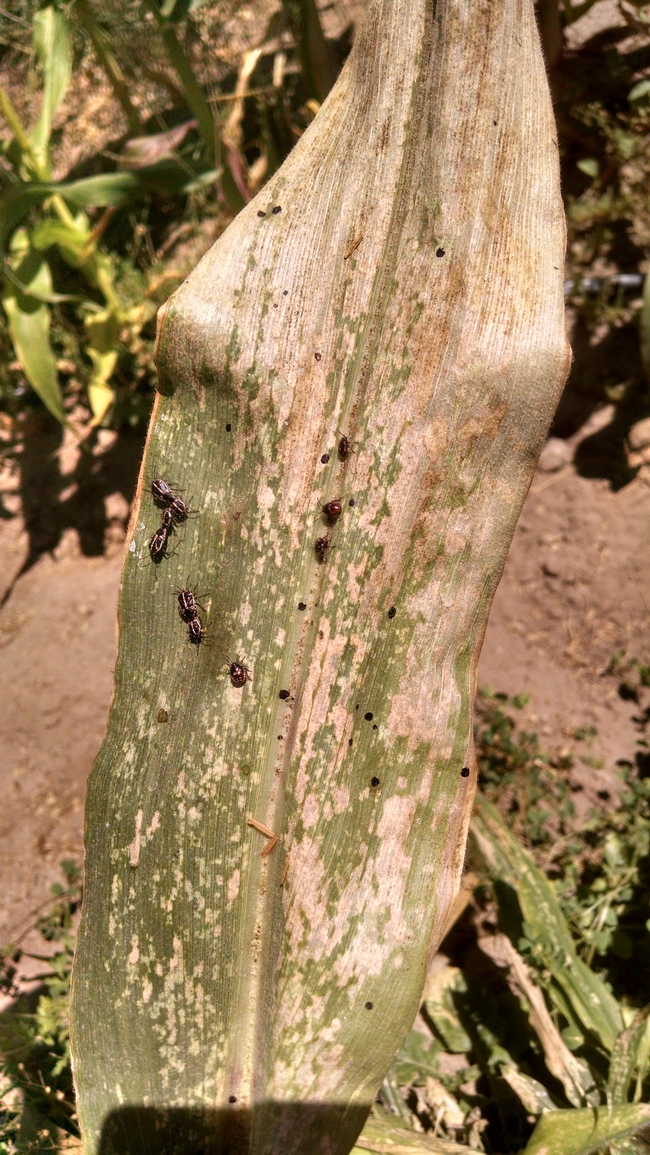 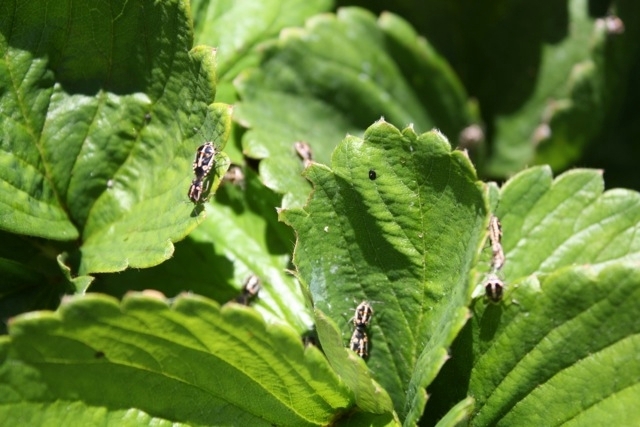 Bagrada bugs on strawberry foliage. Not seen to cause any feeding damage. (Photo by Jennifer Evangelista, San Luis Obispo) 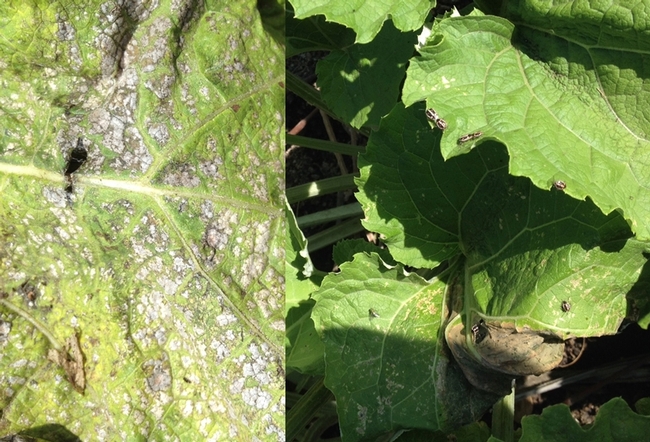