Honey bee packing pollen from an almond blossom. (Photo by Kathy Keatley Garvey)
The word is "bees"  and "almonds" are their world.

Right this very minute there are about 1.7 million colonies of bees pollinating California almonds. Since it takes two colonies to pollinate one acre, and California doesn't have that many bees,  beekeepers throughout the nation trucked in some 1.6 million colonies.

"Spend a couple days driving on county roads around I5 and Hwy 99 in the Central Valley of California, and you can feel the excitement!" writes Christi Heintz, executive director of Project Apis m.  in her February newsletter. "Semi-load trucks are delivering over 400 hives each near orchards."

What is Project Apis m.?

As Heintz explains: Project Apis m.'s mission is to fund and direct research to enhance the health and vitality of honey bee colonies while improving crop production. Our organization's name comes from Apis mellifera, the scientific name for the European honey bee.  Project Apis m. or PAm is the go-to organization at the interface of honeybees and pollinated crops. We've infused over 2.5 million into bee research since our inception in 2006 to provide growers with healthier bees resulting in better pollination and increased crop yields.  We have personal relationships with the nation's commercial beekeepers and with the top bee scientists in the country."

"We fund research studies, purchase equipment for bee labs at our universities, support graduate students and provide scholarships to young bee scientists to encourage their pursuit of science-based solutions to honey bee challenges."

"We are a non-profit 501 (c) (5) organization governed by an eight-member board. Our board members are beekeepers representing the major national and state beekeeping organizations. Four scientific advisors review research proposals and provide recommendations to the board." (Among the long-term advisors: Extension apiculturist (now emeritus) Eric Mussen of the UC Davis Department of Entomology and Nematology.)"

Unfortunately, California is deep in the throes of a four-year drought.

As Heintz notes in her current newsletter:  "Last year, we sadly reported that the drought had prevented or delayed emergence of much of our pre-almond bloom flowering plants.  This year, though the drought continues, we can happily report we are on target in many areas, with some rain falling at the right time so bees are enjoying planted forage during the usual pre-almond dearth."

Meanwhile, explore the Project Apis m. website: lots of information about what this organization is doing and what it hopes to do. 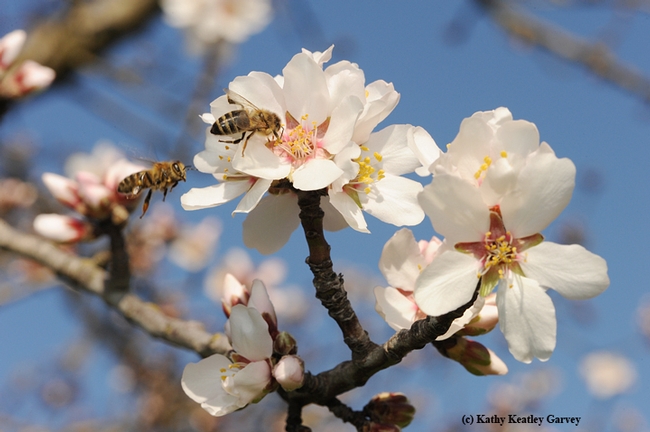 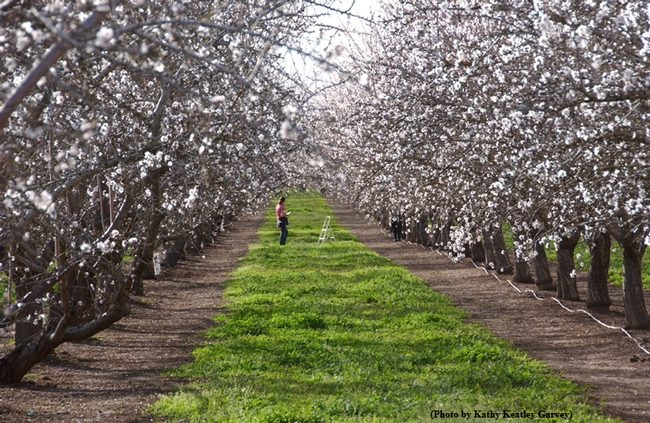