This is a a story about a spider and a skipper.

The garden spider lies in wait, its head down, clinging to its real estate, an enormous sticky web. A male skipper flits from Tithonia to Tithonia, sipping nectar. Then the skipper makes a fatal mistake; it tries to pass through the nearly invisible web.

If you combine a very sticky web with a very hungry spider and an inattentive butterfly, the results are not good for the butterfly.

It's over within seconds. The spider bites the skipper, paralyzing it with its powerful venom, and then wraps it for a later meal.

The drama all unfolds in our "bee" garden but today it's a "spider" garden. Predator vs. prey. The spider eats today.

On his website, UC Davis butterfly Art Shapiro, distinguished professor of evolution and ecology, describes the fiery skipper as "California's most urban butterfly, almost limited to places where people mow lawns. Its range extends to Argentina and Chile and it belongs to a large genus which is otherwise entirely Andean. Its North American range may be quite recent. Here in California, the oldest Bay Area record is only from 1937. At any rate, it is multiple-brooded, and appears to experience heavy winter-kill in most places; scarce early in the season, it spreads out from local places where it survived, gradually reoccupying most of its range by midsummer and achieving maximum abundance in September and October.

The fiery skipper "occasionally colonizes upslope to about 3000' in the Gold Country but does not seem to survive the winter; strays have been taken to 7000' and on the East slope," Shapiro says.  The butterfly breeds mostly on Bermuda grass (Cynodon dactylon) and  "the adults swarm over garden flowers such as lantana, verbena, zinnias, marigolds, buddleia. And in the wild they're quite happy with yellow starthistle."

As for the banded garden spider, BugGuide.net offers this identification: "Pale yellow, carapace has silver hairs, abdomen is striped in silver, yellow, and black...Its legs are spotted." 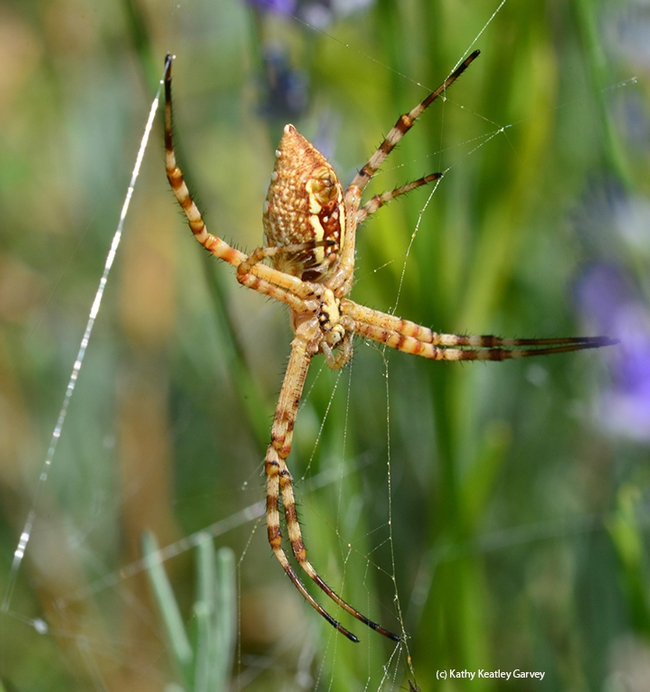 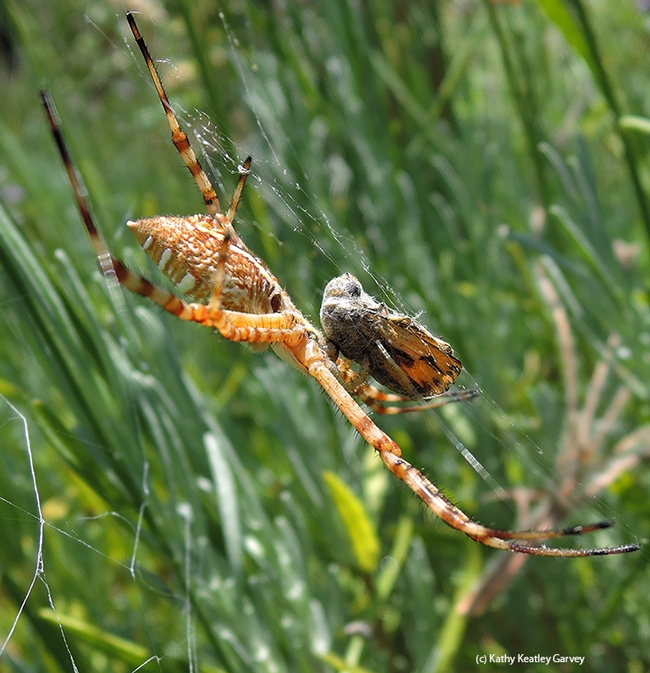 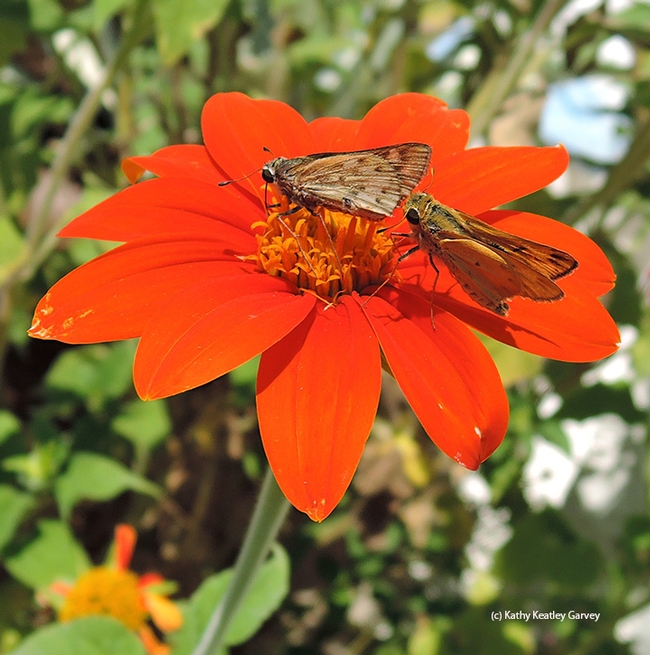